We collaborate with exceptional talent from all over the world to develop, finance, produce and release high-end visual narratives through all platforms. On the one hand we create original content, on the other we partner up with advertising agencies and brands. With more audiovisual works being produced every day, there's an increasing demand for hybrid filmmakers who know how to transform engagi

We collaborate with exceptional talent from all over the world to develop, finance, produce and release high-end visual narratives through all platforms. On the one hand we create original content, on the other we partner up with advertising agencies and brands. With more audiovisual works being produced every day, there's an increasing demand for hybrid filmmakers who know how to transform engagi

Most actors I know, whether they are just starting out in small town Minnesota or grinding on their 15th year in Los Angeles have two very big and important things in common with each-other.

1 - They do not have a predictable way to make enough to support a healthy lifestyle in a major market such as LA, NYC or London while allowing them to spend quality time on practicing their craft

2 - They do not have a reliable and predictable way to steer their creative career at will and in the direction they would like to take it
I have a video here that explains how to fix this - You can see it here: https://dreamreachmedia.com/draesis/

or keep reading for more info.

Instead, they rely far too heavily on chance and grinding. Time consuming or unfulfilling activities that take the focus away from acting and turn their acting career into a "sit and wait for the call" game of chance.

You're likely an actor if you're reading this. Isn't it true that most actors rely on one or more of the following things?

- Several smaller, more flexible (non-industry related) gigs that scatter their attention and time all over the place and don't generate nearly enough to live comfortably (on their own in a descent neighborhood with a good car and travel once in a while...perhaps even start a family)

- A sponsor (parent or spouse) who is currently funding their aspirations & dreams, which is nice for a while but after 2-3 years the pressure of succeeding or figuring something else out starts building up, either because the sponsor gets tired of this dream or because the actor gets tired of relying on somebody else and wants to be independent.

- An industry that dictates to them what kinds of roles they are good for, meant for or supposed to be playing, So they never have the chance to build up the kind of portfolio that takes them in the direction they know they should be going.

Things should not be this way for actors... In an ideal world, they would be able to afford a comfortable life and they should be able to produce and fund their own creative content both for their reels and for the festival circuit and eventually distribution of some kind - at will and independent from anybody else in or outside the industry.

All this should be doable while still being on brand and getting auditions and gigs through conventional avenues. I'm not saying you should replace the industry and do everything yourself, I'm saying have a machine that supports your career and gives you the time and control to do what you want WHILE you're working the traditional system.

Actors should be able to do so while still focusing most of their time on acting because acting is hard and takes practice and it requires a clear mind. You're just better on set if you're not worried about your stability or where your next gig will be coming from. (that's not just actors by the way...that's anybody trying to do a good job at anything. It requires peace and focus).
Having freedom and control is absolutely crucial. And owning your own production company gives you this.

Most A-list actors figure this out eventually. I mean look at anybody from Clint Eastwood to Drew Barrymore. They all have their own production companies, why do you think that is?
Acting is (in my humble opinion) far more difficult than producing in many ways and actors eventually realize that they could easily do the producers job too and have way more control over not just the specific project but their entire careers.
It's really a powerful tool to give you a solid foundation so that the "when is it time for plan-b" questions disappear and you can focus on creativity!

It REALLY isn't. DRAESIS was designed to do exactly that. Take a working actor (who eventually will produce his/her own content anyways) and help him / her reach full independence in as short an amount of time as possible.

I've done it for myself, I've helped others do it, now with DRAESIS I can help you do it.

Having the ability to boost your resources at will, simply by turning up the "volume knob" of your boutique production company or ad agency all while being able to stay focused on the primary goal of acting. It's pretty straight forward.
If you like how this sounds and could use some freedom and independence in your life,
check out this video

I've never liked the status quo and I've never liked people telling me how and when to do things and I've put a lot of work into figuring out how to never rely on anyone else again. And I'm passing what I've learned and built on to actors because I truly believe that it's time to Empower the actors and give them the control they deserve.

A good friend of mine wrote the book "The Power Of The Actor" and she's all about empowerment within the craft. But what about outside of the craft? In life?
That's where DRAESIS comes in.

Brace Yourself for our Newest Epic Adventure. Jurassic World – The Ride. Now Open.

To my agent friends take note! Alanna is looking for an agent I highly highly recommend.

The Miller Films & Productions house in the Hills of Central PA.

I luv this camera :)

The best editing and media experts Miller Film Productions will use! check out there page. Thanks

This Universe Studios ad for the Super Bowl with Payton Manning
what a great time!!

This is my old page! I am updating the new one.

Filming in Georgia glad to be back on the crew!

A Disney production produced by Angelina Jolie is casting now! Great to be filming back in Universal Studios Orlando!

This was a fun commercial to work on for Home Depot & BEHR! A shame some took it the wrong way!!!

With BEHR Paint, you can stay true to your inner hue. A blonde woman chooses Joie de Vivre and relaxes outside her bright pink home. A couple enjoys their moments together as they stay gracefully suspended in the calming blue water, surrounded by Blue Me Away. The Off Broadway shade evokes memories....

Flea Market Hunters is coming soon... Big thanks to 3D design for our logo!

This show is based on a crew of treasure hunters traveling around to Flea Markets and scoring amazing deals. The crew will be equipment with all the latest search equipment and app's. Fun from start to finish

This will be our first fully produced TV reality show. Filming for the pilot starts in September 2018. Casting and more information will be coming very soon.

This show is based on a crew of treasure hunters traveling around to Flea Markets and scoring amazing deals. The crew will be equipment with all the latest search equipment and app's. Fun from start to finish Opening the door for new sponsors! If your interested in being a sponsor please contact us direct. Thanks 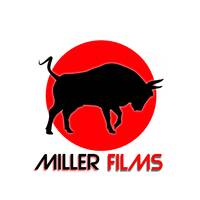 Miller Films shirt $19.99 + Shipping. Proceeds raised from this campaign is for additional equipment we need to start filming. Thanks for your support!

Discover Miller Films T-Shirt only on Teespring - Free Returns and 100% Guarantee - Proceeds will go to purchase more equipment for...

Be the first to know and let us send you an email when Miller Films & Productions posts news and promotions. Your email address will not be used for any other purpose, and you can unsubscribe at any time.

Other Film & Television Studios in Fitchburg