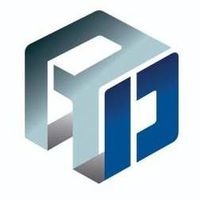 Congrats to Hawaii for winning the Little League World Series!!!

For my friends who work in ad tech or on the programmatci buyside of the house, for major brands and ad agencies. Can you watch the explainer video found at https://www.altumdigital.com/altum-live/

Would love your feedback.

Most dont know about this as it been a project my agency, AltumDigital has been working on for 11 years. Its been a long time but version 1 is finally here. I authored the patent in 2004, issued in 2010 and it took Google and the "Plumbing of the Internet" another 7 years to catch up.

The pilot launch was 6 months ago with the NBA, MLB, Dish Networks and other brands you will recognize on the site. Now that we are out of BETA and have signed our first enterprise agency clients, we are ready to scale.

The video explains it best how we work with every live sporting event such as, the Little League World Series, PGA, NFL, Nascar, Olympics, etc. You can see all of our content partnerships on the site.
https://www.altumdigital.com/altum-live/
Like us on Facebook:-)
https://www.facebook.com/AltumDigital/

Looking forward to spending quality time with our partner Google and all their other partners at Torrey Pines this week.

AltumLive leverages the most robust components of the existing online advertising eco-system to deliver its transformational solution to advertisers.

AltumLive is a one-of-a-kind solution that combines LIVE content that people care about along with LIVE engagement features to drive quantifiable ROI with unique campaign objectives.
https://www.altumdigital.com/altum-live/

AltumChoice:
AltumChoice incorporates choice into the online user experience by giving consumers control over who gets to advertise to them. This helps you engage more relevant, interested customers that will deliver a greater return on investment.
https://www.altumdigital.com/altum-choice/

Be the first to know and let us send you an email when AltumDigital posts news and promotions. Your email address will not be used for any other purpose, and you can unsubscribe at any time.

Send a message to AltumDigital:

ALTUMLIVE enables advertisers to sponsor live sports events such as the World Cup, Super Bowl, March Madness, World Series and reach the fans who can’t be at the game or in front of the TV during the event. When fans are not actively participating in the event, many fans are on their favorite ad supported sites like Facebook. AltumLive engages these "passive fans" in a way and at a time that did not exist previously. When you eliminate irrelevant ads and replace them with sports content that people care about and align your brand in context with the content, brands create an emotional connection with consumers that traditional advertising formats cannot replicate.

Other Media/News Companies in Germantown