GreenwichTime.com brings you the latest news you need to stay on top of your day. Greenwich Time has served Greenwich since 1877.

The Mother Lode: When removing hemorrhoids feels like a vacation

When being examined for "hemorrhoidal extraction proves to be an exciting outing, it’s time to regroup," writes columnist Claire Tisne Haft.

Whenever I step away from the ins-and-outs of my “cycle of life,” I am blown away by...

Focus on French Cinema returns to the big screen: ‘Something for everyone’ at film festival

The Alliance Française of Greenwich is putting together this year's festival, with an in-person opening night screening.

The Focus on French Cinema 2022 will make a splash this year with an in-person opening...

Some neighbors sought to solve traffic congestion and said they hoped the new Central Middle School would find a better flow.

Greenwich Public Schools and its consultants hosted a small forum to shape the needs in...

Alex Jones after CT deposition in Sandy Hook defamation case: ‘I could have done a better job’

Alex Jones said lawyers for the Sandy Hook families are "using our emotion to manipulate and control us when they’re total sociopaths.”

Alex Jones sat for depositions on Tuesday and Wednesday in the Sandy Hook case, ending...

CT's restaurants with the best wine, beer of 2022, according to Connecticut Magazine

See which Greenwich and Fairfield County spots made the list.

Here are the readers' and experts' picks for the best restaurants for wine and beer in...

There are concerns the system didn’t alert to the presence of hazardous levels of carbon monoxide.

Several Connecticut fire department have shared a recall on a carbon monoxide detector...

The home features an outdoor kitchen with a pizza oven and a new 75-foot glass mosaic pool.

The estate on 555 Lake Avenue in Greenwich has a wine cellar, home theater and a...

The bill would immediately create a new $600-per-child credit.

The legislature’s Finance Committee took the first step Tuesday toward creating a new...

After meeting at a “trap house,” police said Hannah Casperson and Thomas Crawford...

Her disappearance is one of Connecticut's oldest missing person cases.

Authorities in Norwalk continue to probe the cold case disappearance of Maria Anjiras,...

The Mother Lode: How to step away from life when you’re stuck at home — and how to follow the signs back

"I’m done with saying that I’m blessed to be at home with my kids because let’s be clear: It’s not always a blessing."

Whenever I step away from the ins-and-outs of my “cycle of life,” I am blown away by...

Connecticut residents can now get tested, treated at same time for COVID

Test-to-treat sites have opened across Connecticut, but doctors say antivirals only work...

She has continued to be paid her roughly $170,000-a-year salary, state records show.

Buyers could find themselves in tighter homebuying circumstances than they’ve already experienced from competition and short inventory.

Interest rates on home mortgages have climbed since 2021 and now average just under 5...

Riko's thin-crust pizzas include its signature hot oil pie, and others like a meat lovers' option with pepperoni, ham, bacon and sausage.

Riko's Pizza has a new address in Stamford — formerly home to a landmark French...

‘We wanted to do everything we can to encourage more of our state employees to stay...

"We have ensured the addition of 10-12 new parking spots with this project," the first selectman said about work on Greenwich Avenue.

Greenwich first selectman responds to queries from residents at finance board hearing.

CT town will enter into negotiations for $100 million island

The 63-acre property was built as a summer estate by a baking soda magnate and billionaire who died in 1905.

The property, a portion of a storied family estate on Darien’s Great Island, was built...

These Connecticut florists will deliver for Mother's Day

See which local florists you can support for Mother's Day.

May 8 is Mother's Day, and nothing says "I appreciate you" like a flower delivery.

Greenwich schools see a bump in new cases of COVID-19, with biggest one-day report since January

As of Tuesday, there were 33 active cases of COVID-19.

Home sales down, but condo and townhouse purchases up in CT, data shows

The Israel Peck estate on Round Hill Road in Greenwich, which sold for $11.8 million, was the top transaction in Connecticut.

More than half of Stamford’s real estate sales in the first quarter of 2022 were condos...

Its headquarters are at 2 American Lane in northwest Greenwich.

Permanently increasing the income tax credit would provide, roughly, an extra $300 to more than 185,000 households.

With state government’s coffers overflowing, the legislature’s finance committee is...

The workshop explained the “huge environmental benefits to composting our food waste...

He still stressed the importance of following key prevention measures.

Several months past the peak of the omicron variant, cases and hospitalizations remain...

Old Greenwich braces for detour on Sound Beach Avenue for bridge project: It’s ‘going to be a mess’

The area will be closed to thru traffic from April 11 to July 1.

Access to Old Greenwich is about to become more complicated as a long-planned bridge...

The two programs will be held at Cos Cob School next school year.

The white SUV rams the officer’s car, driving up onto the side of the cruiser, body camera footage shows.

A CT woman has been accused of breaking into dozens of cars and injuring seven...

Here’s how prices have changed around the state.

From Flamin' Hot Cheetos goodies to sweets and vegan options, here are the extreme foods in store this season.

Flamin' Hot Cheetos are having a moment this season at Dunkin' Donuts Park, home of the...

Here are some restaurants and breweries that allow dogs.

Restaurants such as The Spread in Norwalk and Capriccio Cafe in Stamford, allow them in...

Hugh Bailey: CT must reposition as a red-state refuge

Opinion: "If anyone thought Republicans stood for small government and a hands-off approach to leadership, recent events show they should reconsider."

We can’t call ourselves welcoming with asking prices of a million dollars or more for...

Someone filed a complaint at Town Hall.

Abigail Fox erected a floral display around her shop on Sound Beach Avenue to beautify...

“Every parent’s worst fear,” police said of the report.

During the scene, actors sell cases of firearms when the deal "goes south" and a shootout...

Be the first to know and let us send you an email when Greenwich Time posts news and promotions. Your email address will not be used for any other purpose, and you can unsubscribe at any time.

Send a message to Greenwich Time: 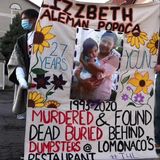 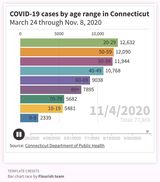 A look into how high school volleyball players are handling playing with masks this season.

Drone footage of the aftermath of Isaias in Connecticut 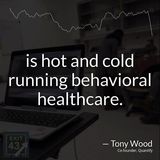 Exit 43: Digital Isolation in the Age of COVID19

Wendy Metcalfe, The Road Ahead preview

Exit 43: The Future of Grocery Stores

Other News & Media Websites in Greenwich