The Activated People LLC (TAP) is a non-profit organization dedicated to promoting racial and gender equity.

Please see the attached flyer about a prayer vigil area interfaith leaders are hosting tomorrow about the selection of Fairfax County Police Chief Davis. All are welcome to attend. Feel free to share.

In a new era of policing, old claims of misconduct draw fresh questions for a chief

The NAACP chapter in Fairfax County, Va., and another group are calling for Kevin Davis’s ouster over allegations of excessive force and racist comments. Davis disputes some of the claims.

As you may be aware, the Fairfax County Board of Supervisors has announced that effective May 3, 2021, Mr. Kevin Davis will be the next Fairfax County Police Chief. There are a number of concerns surrounding the lack of transparency throughout the selection process and the lack of accountability to the public.

Since the announcement of the selection of Mr. Davis, troubling information about his law enforcement record has come to light, most notably through an NBC4 report linked here:

To date, there has been no formal response by the Board of Supervisor or Mr. Davis regarding these specific issues. In a time where there has been significant media focus on police use of force, victims of police brutality, and the murder of George Floyd, this selection is not only tone-deaf but potentially dangerous.

We encourage you to take a moment to reach out to your County Supervisor and the chairman of the Board of Supervisors via email and express your concerns. For convenience, we have provided a sample letter as well as contact information:


BOARD OF SUPERVISORS EMAIL CONTACTS

Thanks for partnering with us as we continue to work together to improve lives!

This installment of the TAP Changemaker series highlights the amazing work of Valerie Slater, Director of RISE for Youth. She is such a fierce advocate for our young people. 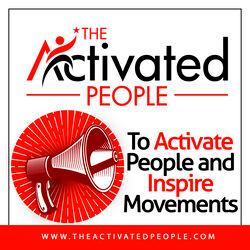 COVID-19 in Prison in Virginia - The Activated People

This TAP podcast episode features interviews with Co-founder of the Humanization Project, Gin Carter, and Kenneth Newkirk who is incarcerated at the Wallens Ridge State Prison discussing how COVID-19 is being handled in Virginia's jails and prisons. Please contact your state legislator to demand justice, oversight and accountability for those incarcerated. This crisis is far from over.

This episode features interviews with Co-founder of the Humanization Project, Gin Carter and Kenneth Newkirk who is incarcerated at the Wallens Ridge State Prison discussing how COVID-19 is being handled in Virginia's jails and prisons.

Welcome! You are invited to join a meeting: Police Gang Database Transparency meeting. After registering, you will receive a confirmation email about joining the meeting.

On Monday 2/15 @ 6:30 PM The Activated People and Capital Area Immigrants' Rights (CAIR) Coalition will co-host a discussion to update everyone on the status of statewide efforts to promote transparency and due process in how police process people into gang databases. We would also like to use this opportunity to discuss ways we can promote that transparency at the local level.

If you are interested in joining this effort and learning more please register using the information below.

Register in advance for this meeting:
https://us02web.zoom.us/meeting/register/tZIsduGqqzwsG9OvW-duNFfZGL7d-guFrTL7

After registering, you will receive a confirmation email containing information about joining the meeting. Thank you!

This meeting is to begin organizing efforts to promote police gang database transparency locally and update on statewide efforts.

The Northern Virginia Gang Taskforce is ending use of GangNET, a gang database that is populated by over 7,700 area residents - eighty percent of whom are Black and Latinx. This decision came on the heels of an advocacy effort by The Activated People. We highlighted the fact that this database and others like it are terribly inaccurate because they are based on highly subjective criteria, and offer no due process or transparency. This is part of a larger effort to bring transparency and accountability to all gang databases in Virginia, as we're also urging our legislature to pass HB2226. If you would like to speak in support of HB2226, it will be heard tomorrow in the House Public Safety Committee at 9 AM. Register here to speak or submit written testimony: https://hodspeak.house.virginia.gov/submit_testimony?meeting_id=9224

Activists are concerned minorities are disproportionately represented in GangNet and its use is shrouded in secrecy.

The Activated People is proud to support Virginia House Bill 2226 introduced by Delegate Kaye Kory which would accomplish the following:

- Create stronger guidelines for how law enforcement labels individuals as gang members
- Create due process regulations to allow individuals to be notified when they are entered into gang databases, and create a process to appeal that decision
- Enhance transparency by mandating law enforcement generate annual reports of the number of database entries

2020 was just the beginning. We are hitting the ground running in 2021. Check out our newsletter to learn more. https://conta.cc/3rJClG4

What will Biden do to advance gender equity? | The Activated People

As the curtain closes on the Trump era and the incoming Biden administration readies itself to assume power, progressives face a two-fold challenge ahead: to grow a stronger public base to counter the right’s assault on gender equity and hold Joe Biden and the Democrats accountable to their grandiose promises. - Devorah Levy-Pearlman
https://www.theactivatedpeople.com/what-will-biden-do-to-advance-gender-equity/

If you missed last week's program on mental health in the black community, you can check out the podcast here: https://www.theactivatedpeople.com/podcasts/

“To young girls and women everywhere: dream with ambition and know that there are no limits to what you can be. https://t.co/j7qDuLVTiV”

Annan and Gastañaga: Sheriff's offices should have oversight

Even though a lot was accomplished during the special session, the work to reform police will continue into the 2021 regular session. Let your representatives know you want Sheriffs to be held to the same accountability standards as police. - Kofi Annan https://roanoke.com/townnews/institutes/annan-and-gasta-aga-sheriffs-offices-should-have-oversight/article_27ef17c6-1964-11eb-b7bd-1fad72bcfe66.html

The passage of SB5035 and HB5055 during the 2020 Special Session, which can lead to strengthened civilian oversight of law enforcement, is good news for the Commonwealth. The legislation is

It's Time to Abolish the Electoral College | The Activated People

"Given that Democrats have won the popular vote in seven out of the last eight elections, what would the United States and the world look like if George W. Bush and Donald Trump, having lost the popular vote in each of their first elections, had never had the chance to unleash their destructive policies, both domestically and internationally?"

By the time Joe Biden was named President-Elect on Saturday morning, he was already leading President Trump by over 4 million in the popular vote count. So why, if Biden was ahead by such a large margin, did the race appear so close?

"Despite the barriers, despite the pain, Kamala Harris becomes the first woman, the first Asian American, and the first Black American to be elected vice president."

Despite the barriers, despite the pain, Kamala Harris becomes the first woman, the first Asian American, and the first Black American to be elected vice president.

"What’s an organizer to do when the majority of people across the political spectrum support shifting money from policing to social services, but only a minority support “defunding the police”? Los Angeles County’s Measure J might just show the way."

What's an organizer to do when the majority of people across the political spectrum support shifting money from policing to social services, but only a minority support "defunding the police"? Los Angeles County's Measure J might just show the way.

"As expected, the President of the United States is trying to steal the election. As planned, he falsely claimed early victory on Tuesday night when he initially appeared to be leading in key swing states."

The "leader" of the free world is trying to dismantle democracy-- we can't let him get away with it. By Devorah Levy-Pearlman As expected, the President of the United States is trying t

How Trump Could Attempt a Coup

"Trump will not concede defeat. He will use every means at his disposal to maintain a grip on power."

The Biden team is preparing for the worst. Here are three possible scenarios.

Biden: ‘It Ain’t Over Till Every Vote Is Counted, Every Ballot Is Counted’

"The long, slow count that everyone feared is on. It will take time. Trump was making his outrageous claims. Biden was countering them with the facts and with clear faith in a democratic process that -- despite the president's lies -- is functioning as it can, and must."

On election night, as the long count continued, Trump made outrageous claims. Biden countered them with the facts, and a measure of optimism.

Be the first to know and let us send you an email when The Activated People posts news and promotions. Your email address will not be used for any other purpose, and you can unsubscribe at any time.

Send a message to The Activated People: 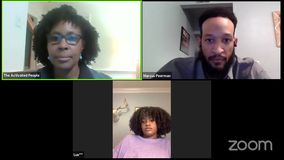 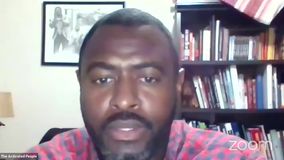 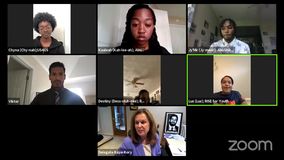 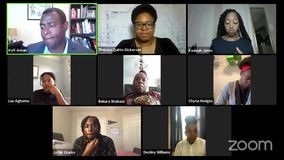 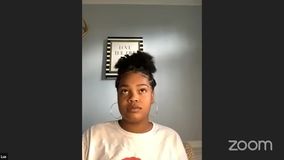 Get Activated! Call to Action workshop: Schedule a Meeting with Your Rep/Elevator Speech 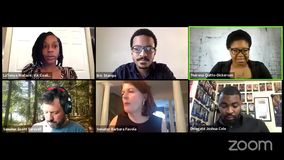 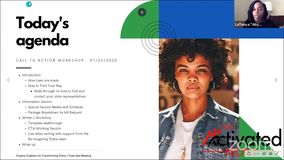 Get Activated: Call to Action Workshop 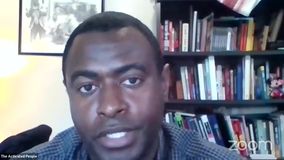 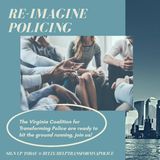 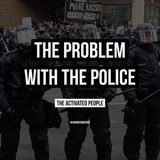 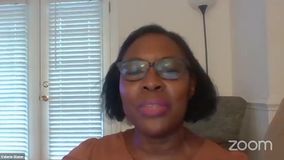 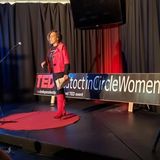 The Activated People LLC (TAP) is the nation’s premier online magazine and media platform dedicated to highlighting the progressive social justice topics shaping America’s cultural landscape, and showcasing the activists on the front lines of these battles. The publication serves as a hub for grassroots activists and those seeking to network and gain a deeper understanding of the issues. It is the brainchild of Mr. Kofi Annan, who is himself a social justice activist residing in northern Virginia.

The Activated People (TAP) was founded by Mr. Kofi Annan in 2019. Mr. Annan previously served as the president of the Fairfax County, Virginia National Association for the Advancement of Colored People (NAACP) from 2016 to 2019. The branch led multiple successful advocacy efforts including: convincing the county to designate over $10M for affordable housing and police body-worn cameras; helped draft the county’s first police body-worn camera policy; adoption of county-funded five-year study to eliminate its pre-K waiting list; adoption of county-funded study aimed at eliminating racial disparity in police use of force; reform of the County’s School Resource officer policy which led to an almost 60% reduction in student arrests; and successfully advocated for the Fairfax County Public Schools to reform their teacher hiring practices to help reduce discrimination against African American teachers. Under his leadership the branch experienced a dramatic increase in advocacy efforts, resulting in the branch being awarded the Thalheimer Award, a National NAACP recognition as the best unit of its size in the country. He also served as the Virginia State Conference NAACP Criminal Justice Committee Chair, where he led the first ever state-wide Criminal Justice Symposium, championed legislation aimed at reforming police practices and policies, prosecutorial reform, and prison reform, juvenile justice, eliminating hate crimes.

Mr. Annan proudly served eight years in the U.S Army. He served in both Operation Iraqi Freedom and Operation Enduring Freedom in Afghanistan. He also founded Veteran Career Counseling Services LLC, a company that helped over 700 transitioning veterans. He holds a Master’s of Science in International Relations from Troy University, and a Bachelor's of Science in Criminal Justice with a minor in Psychology from Tennessee State University.

Other Media/News Companies in Herndon

Ok! please do the same the for my group, join,like n' share, Friends who like bettimacentertainent.com https://bettimac.hearnow.com