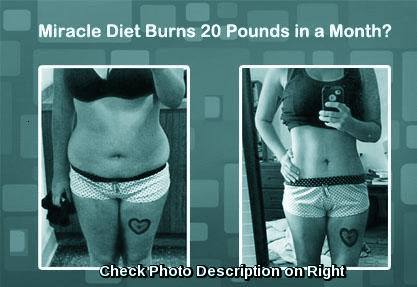 Be the first to know and let us send you an email when California News posts news and promotions. Your email address will not be used for any other purpose, and you can unsubscribe at any time.

Don't Forget "Giving Tuesday"
Contact: John Gargone FOR IMMEDIATE RELEASE Tele: 540-641-1934 E-mail [email protected] TWO NEW INVENTIONS TO HELP KEEP OUR LAND FREE OF LITTER, LEAVES AND DEBRIS Chef/ Artist/ Author/ Inventor discovers new calling to help our land be free of litter Chef/ Artist/ Author John Gargone Gives up 40+year career for a higher calling. John acquired a neglected property that was littered out and full of leaves and walnut shells for many years. It would take well over 100 55-gallon bags packed tight to get rid of all the debris. John applied his culinary training in developing systems to arrive at labor efficient cost-effective solutions. Starting with a metal tube he bent it into the shape of a U then held this inside a trash bag to keep it open. Made a few modifications to that and before long John was filling that 55-gallon bag in under a minute, ending up with 126 50-Gallon bags of debris. Over the next 2 years John modified the prototypes of his invention “Bigmouth Leaf and Debris Bagger” until it was up to his standards. In the early spring of 2016 John noticed all the highway construction in his current state of Virginia. The roadways were being expanded which meant the litter had to be picked up and bagged from within the forest that lined the highways. Hundreds of bags of litter were collected. John approached a group of people that were bagging the litter and found that they all used a stick to keep the bag open. immediately John retrieved a Bigmouth Bagger from the car and reconfigured it to keep their litter bag open and gave to a worker. They were thrilled about it so much they called their foreman who drove 20 minutes to meet him at the highway location. John researched litter in the USA and the numbers were beyond belief. John looked for litter and found in places you would never notice. Being an outdoors man and a lover of nature, he became very upset about the situation and decided to do something about it. In the spring of 2016 Chef John resigned from his culinary career to pursue his new-found passion to help the anti-litter cause by developing a device to increase productivity for the millions of volunteers who that donate their time to pick up litter. Currently John is campaigning to donate his product to a wide variety of anti-litter organizations from the Department of Transportation to Keep America beautiful with an army of 5,400.000 in 2017 collecting a staggering 62 million pounds of litter and debris. John sent in some samples and Keep America Beautiful has requested 1000 Over Shoulder Litter Bag Holders and 400 Bigmouth Leaf Baggers. KAB has also invited John to attend their National Conference in January. This organization as with many others rely on donations. They can use our help. September 7th2017 John launched his 30 day campaign at www.kickstarter.com Please support John and his project to help in this never-ending battle to clean up our land. Title of his campaign is Big-Mouth Bagging Litter, Leaves & Debris ### For more information about John Gargone and his project visit www.bigmouthbagger.net and www.foodgarnishing.com. E-mail John directly at [email protected] Contact John directly at 540-641-1934