NEW YORK - ACTION CENTER
Tell Senator-Schumer to stop the radical federal abortion bill!
This bill would impose abortion on demand nationwide at any stage of pregnancy through federal statute and would eliminate pro-life laws at every level of government.

Take action through the link below!

Whoops! The requested page isn’t available. It may have been removed, had its name changed, or is temporarily unavailable. Use the “Go Back” button below to return to the previous page. Error code: 404

DO NOT WAIT FOR SOMEONE ELSE TO Stand Up for Life -
We may never know when a baby may be saved !
You know you need to be there for them to be saved
☘️

Indulgence Granted to March For Life

Perhaps you or someone you know would like to meet
Father at the courthouse in order to show support?

Fr. Fidelis and others are going to be arraigned in
Hempstead Court House, 99 Main Street at 9am.

This is in regards to a Red Rose Rescue that took place in Manhasset last April. …

Catholic Franciscan, Father Fidelis Moscinski CFR was dragged from praying at an abortion clinic by the police.
———-
"RED ROSE RESCUE" - A lifesaving response to the abortion holocaust. We counter hate with love. We oppose violence with non-violence. We overcome death by personal solidarity.

One of the Highlights of December...
As we start to look back and reflect on the year we're leaving behind, we have to throwback to the day the Texas Heartbeat Law was passed and we called abortion facilities in the state to hear the good news for ourselves.

Thank you to Autumn Higashi, and Students for Life of America for this effective video.

Is your State, County, Division, or Parish, sending a Bus to Washington DC this January 21st?
Enter in Comments Below...

National Review, in a special edition released today, has strongly challenged the constitutionality of the Supreme Court’s infamous Roe v. Wade decision. The End Roe issue — which includes the insights of 17 well-known writers including Robert P. George, Hadley Arkes, Hugh Hewitt, O. Carter Snead and Kathryn Jean Lopez — includes analyses of the law and its effects, the scientific evidence of suffering, the social impact of abortion and the energetic work being done today by pro-life organizations.

The National Review has advocated for conservative causes since its founding in 1955 by writer and commentator William F. Buckley Jr. It has been consistent in its defense of unborn human life — but this special edition, scheduled for release just two days before the Supreme Court begins to hear oral arguments in the landmark case of Dobbs v. Jackson Women’s Health, brings together all the arguments in a comprehensive 62-page magazine.

Richard Lowry, editor of the National Review, kicks off the conversation by pointing out that Roe v. Wade has faced wide-ranging criticism since its passage 48 years ago. “Even supporters of the abortion license,” Lowry writes, “have conceded that its structure, its history, and its logic were shoddy workmanship.” Lowry notes that the Court, in adjudicating Roe, upheld the Constitutional right to have an abortion, but altered the standard by which they considered restrictions on that right, crafting an “undue burden standard” for abortion restrictions.

And what has been the result of widespread abortion in America? What should happen going forward? “The human tragedy,” Lowry says, “has been grievous. Now, after a generation’s wait, the time has come for the Court to take up the question again in Dobbs v. Jackson Women’s Health Organization.”

Itemizing the Weaknesses of Roe

Matthew J. Franck and Robert P. George, both of Princeton University, pull no punches in their analysis of the legitimacy of Roe.

“Roe v. Wade,” they write, “was a grievous constitutional error and should be overturned.” They contend that the Supreme Court missed its opportunity to reconsider the case when they upheld the “right” to kill your child in Planned Parenthood v. Casey. The Mississippi law which prohibits abortion after 15 weeks' gestation, the law being reexamined by the Supreme Court in Dobbs, affords an opportunity to look once again at the shortcomings of Roe.

Conservative political pundit Ramesh Ponnuru, a senior editor at National Review, cites examples of what he calls “slipshod scholarship” that formed the foundation for Roe. While the false and sometimes fraudulent version of history promulgated by abortion activist Cyril Means has since been comprehensively debunked, the Supreme Court has never revisited the discredited narrative which formed the basis for their approval of abortion.

And while faulty scholarship should be a concern for all Americans, so is our nation’s faulty understanding of the truths underlying our “rights.” Hadley Arkes worries that our society has lost this self-awareness.

Arkes writes, “We find a vast portion of our people with college degrees who affect no longer to be sure about just who counts as a ‘human person.’”

Hugh Hewitt calls upon Chief Justice John Roberts to apply the same logic as that used in his published concurrence in the 2010 case of Citizens United v. PEC, when Roberts said, “When fidelity to any particular precedent does more damage this constitutional ideal [of the rule of law] than to advance it, we must be more willing to depart from that precedent.”

The writers continue their reasoned explanation for why Roe must fall — and what will happen when it does.

Michael Brendan Dougherty warns that failure to overturn this unjust legislation would draw the wrath of God, and the opprobrium of our descendants.
Maureen Condic explains the scientific evidence that the unborn child suffers great pain, citing evidence of fetal consciousness and signs of an “immediate and unreflective pain experience.”
Carter Snead, professor of law and director of the Center for Ethics and Culture at Notre Dame, decries Justice Harry Blackmun’s false anthropology of Roe, which relies on the clash of interest between strangers — a person and a nonperson.
Angelina Nguyen of the Charlotte Lozier Institute schools the reader on how U.S. policy as challenged by Doddcompares to the abortion laws of other nations. “Right out of the gate,” Nguyen says, “the abortion laws of eight European countries are more restrictive than Mississippi’s.”
Alexandra DeSanctis, visiting fellow at the Ethics and Public Policy Center, examines how Roe v. Wade has influenced public attitudes, citing a recent Fox News poll which showed that 65 percent of Americans oppose reversing Roe, as compared to only 28% who want the decision to be overturned. With Roe, the Court created a Constitutional “right” that is nowhere to be found in the Constitution; yet it continues to profoundly influence public opinion.
Dan McLaughlin’s view toward the future is unsettling. He predicts that even if Roe v. Wade is overturned and its precedents called into question, the abortion wars will continue. “Nobody ever said that protecting unborn life would be easy or that major cultural debates could be settled without strife,” he notes. And McLaughlin closes with a memorable quote from Winston Churchill: “Ending Roe would be, as Churchill once said, neither the end nor the beginning of the end, but the end of the beginning.”

In the third section of the magazine, focusing on the social impact of overturning Roe, EPPC fellow Erika Bachiochioffers evidence that women do not depend on abortion in the way the Court has assumed.

Kathryn Jean Lopez, in her upbeat article “Let’s Just Make This Work,” counters the narrative that pro-life people care about the baby only until he or she is born. She names organizations and individuals who work tirelessly to provide loving personal and medical care to women facing unplanned pregnancies — including the Sisters of Life in Manhattan, the Human Coalition, Obria, Lumina, Project Rachel, Manhattan’s Gianna Center, Gabriel Center, Mary’s Shelter in Virginia, St. Joseph’s House in Pennsylvania. She names pro-life organizations including the USCCB’s “Walking With Moms in Need” Initiative, Students for Life, Heartbeat International, Care Net and the Charlotte Lozier Institute. In all, she reports, there are more than 2,700 pregnancy care centers across the country, most of them offering free or low-cost medical and other resources, and that doesn’t even count maternity homes.

The reporting continues with Patrick T. Brown’s musings on a post-Roe agenda, and a summary of the secular case against abortion by British author Charles C. W. Cooke.

Lastly, Kevin D. Williamson tugs at the heartstrings by bringing the debate to a personal level. In his article “Roe v. Me,” Williamson confirms the humanity and the value of even the smallest embryo, then explains that he himself was adopted. “I was 23 days old,” Williamson writes, “when Sarah Weddington … reargued the case before the Supreme Court in October 1972.”

A Supreme Court ruling such as Roe has massive import for society, and overturning it should not be done without serious reflection. Franck and George acknowledge that fact in their article, but insist that the time for rejecting that ruling is the present. “There is never a good reason not to do the right thing,” they insist.

There will never be a better time than the present to do it. We are confident that six justices know that the right thing to do is to consign Roe and Casey to the ash heap of Supreme Court precedents that were later overturned precisely because they dishonored the Constitution in whose name they were handed down.

The End Roe edition is packed with ammunition for anyone seeking to protect the unborn. You may want a copy in your personal library — one can hope, as Kathryn Jean Lopez said to me, that the justices and legal teams involved in the case, brushing past the airport newsstand, will stop and pick up a copy of their own.

Be the first to know and let us send you an email when Hibernians for LIFE posts news and promotions. Your email address will not be used for any other purpose, and you can unsubscribe at any time.

Send a message to Hibernians for LIFE: 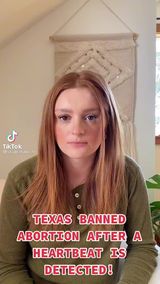 How the Sexual Revolution Hijacked Feminism 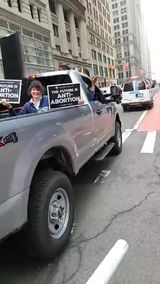 MINUS ONE 2018 Pro Life Video Winner 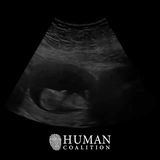 This Child Matters: save the tiny humans

MARCH FOR LIFE - In your own Diocese

RAISE YOUR VOICE AT THE VOTING BOOTH... To DEFEND THOSE WHO HAVE NO VOICE

Sister Dede Byrne’s speech For Life at the 2020 Convention...

Homily - VOTE LIKE YOUR SOUL DEPENDS ON IT, it does..

Sidewalk Advocate for Life- then YOU ARE THE FRONTLINE FIGHTER

President Trump Thanks SFLA Leaders For Their Courage, Jan 3, 2020

Other Media/News Companies in Hicksville