ARF & CO is one of the world's premier tabletop production companies, whose core business is the cre

Check out this array of lights meant to simulate the sun’s path through a window.

We finally have a few more details about RED’s forthcoming $1,200 Hydrogen One smartphone, thanks to a video that Marques Brownlee just posted to YouTube. RED let him take a look at a few different...

They may not be IPAs, but ARF & CO has some good taste 😏 Happy !

Get the coffee flowing while you check out this rich Nespresso commercial we had tons of fun producing!

Who's ordering in tonight? call for some 🤤
http://ow.ly/vvKQ30kTqOe

We make the best commercials

Ahhhh...some would be perfect on a day like this! Feeling like a kid w this 's by -

Check out this all free range ! 😂 Reminds me of a haaa

Bringing you vibes 💥 for McDonald's by !

Steven Spielberg framing shots for ! Oh how far has come 😂

gonna keep 💪 With so many , why WOULDN'T you choose for your next ???

You may be wondering, what’s the most important part of running a successful crowdfunding campaign? The answer: to develop a direct connection to your audi

An amazing moment today while ! Alex was "noticed" on another set while doing Supervision... The Director's jaw dropped when he realized he was working with "THE " at the end of the shoot. Alex was met with a room full of applause after he was then introduced to a room full of & crew as "The in New York"...The director's name? and ... It's moments like these that we all about... Congratulations Alex... You deserve it all ❤ &Co

This Can Reset Your Brain Within Hours, Ignoring It Is a Serious Mistake

I know we're all about the grind but sleep is important ya'll! Thank your producers for giving you proper turn-around time these days as we're ALL killin' it 💤💤💤 http://ow.ly/naW530k8bks

Getting quality sleep is the single most effective thing you can do to reset your brain and body; lack of sleep has been shown to raise your risk for chronic illnesses such as dementia, diabetes, heart disease and obesity. Early mornings with ARF! Alex Fernbach gets ready to head out for a shoot 🤗

The Seven Arts of Working in Film: A Necessary Guide to On-Set Protocol | Filmmaker Magazine

Check out this great article about set etiquette! Just a heads up for everyone who joins us at ARF&CO 😉 http://ow.ly/ffyE30k4zXa

Welcome to your first day on a film set. Perhaps you’ve gotten a new job as a production assistant. Perhaps you’re still in school and have been given an opportunity as an intern, or you’ve recently been asked to help out with a friend’s production. You probably have some questions. I’m wr...

Hi everyone! We're proud to announce that one of our employees, Chloe, will be cycling 545 miles from San Fransisco to Los Angeles this coming June to help raise money for AIDS & HIV education and support! It would mean a great deal to her and those affected if we got as many people as possible to donate, so here's her fundraising page if you can give even just $10 (every little bit helps :)), and yes, it is tax deductible!
http://www.tofighthiv.org/site/TR/Events/AIDSLifeCycleCenter?px=3369446&pg=personal&fr_id=2050

Revving up for shoot this week in ! 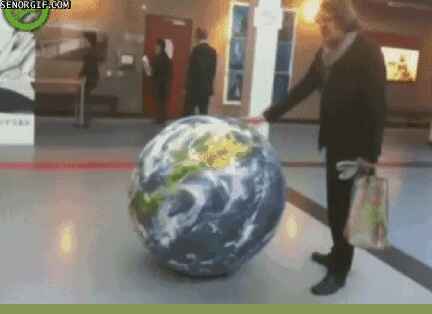 to our resident badass Alex Fernbach!!

Thinking back to the day I won this for "Its Your Bridge" celebrating our with , , , , Miss Piggy, Tony Bennett , and . What a highlight in my career! So grateful to have had such an amazing ride, AND it continues!!!

Hey you DOUBTERS!!! Here's an article DEBUNKING your misconceptions of !! Read on & come find out the from of - Demo's on us! http://www.newscaststudio.com/2017/12/04/industry-insights-virtual-set-misconceptions/

As part of our Focus on Virtual, we recently had a chance to speak with ... Read More

More cool examples of the endless uses of technology! offers THE to cost savings for clients. On OR .
https://www.youtube.com/watch?v=ceddbBnl95s

A lil' something for everyone!

Be the first to know and let us send you an email when ARF & CO posts news and promotions. Your email address will not be used for any other purpose, and you can unsubscribe at any time.

Send a message to ARF & CO:

They may not be IPAs, but ARF & CO has some good taste 😏 Happy #IPAday!

Get the coffee flowing while you check out this rich Nespresso commercial we had tons of fun producing! #NespressoMoments #ARFandCo #AlexFernbach

Ahhhh...some #icecream would be perfect on a #hot #summer day like this! Feeling like a kid w this @Friendly's #commercial by #director #DP #AlexFernbach - #production #producerlife #ARF #ad

Wait #FBF, did we have a #snowstorm on the #FIRSTDAYOFSPRING?!?!???

I guess this one we just did can also be considered a #holiday #commercial being that we’ve done most of our #shopping on Amazon.com​...!!! Nice job #Director/ #Cinematographer #AlexFernbach 😊🎅

The raging #river is my #MondayMotivation WHOA - #KaraVedder #actorslife #producerlife 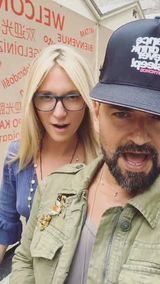 Owner/Director/Cinematograper Alex Fernbach has an unparalled reputation in the Industry as a versatile, creative problem solver. These abilities, along with his great design sense and relaxed, collaborative style, have earned him numerous awards (Cleo Awards & Emmys) and a loyal worldwide client base. (Pizza Hut, Taco Bell, McDonald’s, Budwieser, Cascade, Nespresso - the list goes on...)

ARF & Co. and its sister company PAWS & Co. are on the cutting edge of emerging technologies such as PAWS Virtual Set featured exclusively on the East Coast at Cobalt Stages. ARF & Co. touts the necessary tools and expertise to service any special-effects project, through the creative union of art and appropriate technology. ARF is ‘Science in the Service of Art’.

Director, Alex Fernbach invented the PAWS Array Camera that revolutionized cinema in the movie, “The Matrix”.

Other Film & Television Studios in Hoboken

Other Film & Television Studios in Hoboken (show all)