The Truth about our Universe

The faint glow of cosmic hydrogen

A study published recently in Nature has revealed the presence of a hitherto undetected component of the universe—large masses of gas surrounding distant galaxies. An international team from some 10 scientific institutions has shown that almost the whole of the early universe shows a faint glow in...

The Big Bang Hypothesis - which states the universe has been expanding since it began 14 billion years ago in a hot and dense state - is contradicted by the new James Webb Space Telescope images, writes Eric Lerner.

File this under "Astronomers make mistakes". I don't care who gets hurt feelings over this but I'm calling out all astronomers right here and now. Zoom in on this picture and pay attention to the background. How can anyone with look at this and believe that every point of light is a star?
REFLECTIONS on layers of plasma- smoke and mirrors.

Evolution of explosion of a Mother Rock

Actual picture frim a particle accelerator and my picture of the counterotating double torus in the atom. Enuf said.

Finally something from mainstream science we can agree on. Trillions of planets and moons all created by the Mother Rock in every galaxy; very low percentage of which are orbiting stars. 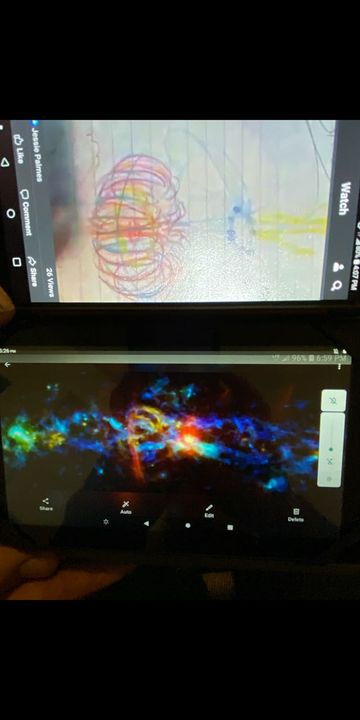 Side view of EM torus in atom same as center of galaxy; Mother Rock enclosed in EM torus- source of FRB's in every galaxy, one spinning torus inside another of opposite spin. The right/left spin of the electron/positron is Northward/Southward magnetism.

Top picture is torus inside atom, bottom picture is the center of our galaxy. Scalability.

Comparison of structure between. NGC 4318/9- not colliding galaxies and Triffid. Both examples of a new Mother Rock and it's reflection on a plasma layer.

Not colliding galaxies; Mother Rock and it's reflection

A big shout out and thank you for all new likes and followers!!

Cosmic background radiation? Leftover from the bigbang?
This is a 3-D map of galaxies inside electomagnetic fields (red/pink) surrounded by cold
ANTIMATTER ( blue)

Trillions of rogue planets in every galaxy! Not made from accretion disks.

A mysterious population of 'free-floating' planets may be alone in deep space, unbound to any host star, according to University of Manchester researchers.

TWENTY YEARS AGO I SAID THIS. NOVA ARE NEW GALAXIES AND NOT STARS EXPLODING.
They are describing a Mother Rock.

How do I get fans talking? Would someone with graphic skills like to help me improve this pile of mishmash?

We have a new group, everybody, all discussions are open...
Physics and the Physical Universe

Picture I drew twenty years ago of the Mother Rock in the center of our galaxy. Close look at center of photo shows object encased in Electromagnetic torus (donut shape) emitting plasma jet out both sides. The birthplace of all stars, planets and moons, and the generator for the Birkeland currents that power electric stars and the EMF that surrounds this galaxy- the Cosmic Bubble.

The Lagoon nebula on the right is a distorted reflection of the Triffid on the left. The blue image is the back of Triffid, the red one in the foreground. M43, the smaller globe, is a reflection of the back of M42, the larger one in the foreground. Ever see a beach ball on the water? The bottom is a reflection of the top, the skirt is on the reflecting layer.

The sword nebula in Orion. Only one explosion here - M42. All the rest, including the 'belt stars' are composite reflections of- not a star exploding- but a new galaxy.

Cosmic Bubble. An electromagnetic field around a galaxy. Who doesn't see this?

Some of the emails between Halton Arp and myself; the relationship we had was extraordinary. A good friend and great man. Kept the name "Mother Rock" as a tribute to him. RIP.

From 2002-2007 I had a personal relationship via emails (which I still have) with Halton Arp, even spoke with him on the phone, once. Our ideas overlapped and his 'parent-child' theory is the reason I kept the name 'Mother Rock'. A tribute to a great man and a good friend.
https://youtu.be/6qhd_TibDIs

Hello everybody! Can't thank you enough for the interest!! I'm currently working on improving these videos. The sheer volume of what I have means I can't do this alone, comments even critical, are welcome. Especially need friends with graphics talent , to add the WOW factor. Just by sharing to others all of you have set a revolution in motion. The number of responces has brought me to tears. Thank you and please SHARE!!!!

The layers that reflect or the fabric of space? Current sheets (electrically negative) held between magnetically dominant areas in space. Only I can show you these pictures. Not good quality but easily reproducible. 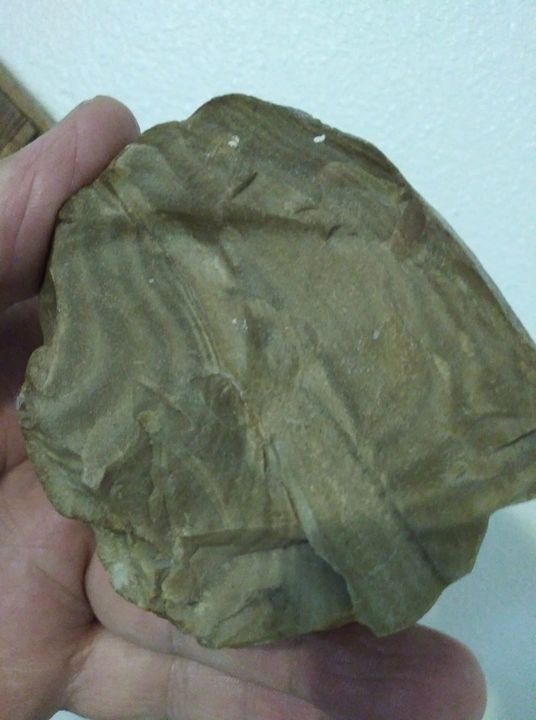 Gravity wave pertubations in low-temperature plasma. The picture is from the works of Dr. Kip Thorne. Center- Space Vortex structure of the atom. Left, wood grain. Right- Satellite pic of an earthquake. Notice propagation of wave is opposite, i.e. one side flows blue/red/green; other side green/red/blue; fibonacci series ratio, one open center (outward) the other solid (inward). Same as wood grain. Top picture is torus inside atom, bottom picture is the center of our galaxy. Scalability.

Be the first to know and let us send you an email when Big Bang WRONG. Cosmic Bubbles and the Mother Rock. posts news and promotions. Your email address will not be used for any other purpose, and you can unsubscribe at any time. 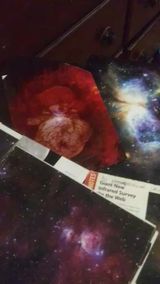 Evolution of explosion of a Mother Rock 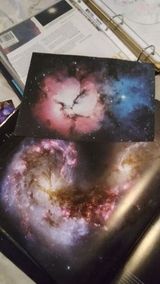 Comparison of structure between. NGC 4318/9- not colliding galaxies and Triffid. Both examples of a new Mother Rock and it's reflection on a plasma layer.

Not colliding galaxies; Mother Rock and it's reflection 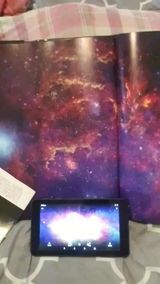 I know this is crude, but it is my first post of many more. I would like any input on how to make this easier for others to understand. Thank you.

Other Media in Houston

Named the Mandala of the sky this image, like the rainbow, also shows the plasma layers in effect.

This is a more groundbreaking image than it just being a simple image of a rainbow. This and the fact rainbows are really a 360° circle goes towards showing that plasma in the presence of an EMF does form layers that reflect and refract light. It turns the current notions of it just being a refraction of sunlight through ice crystals and rain drops in to an old wives tale.

And this was predicted by:

Other Media in Houston (show all)