HM Magazine is dedicated to honestly and accurately covering the current state of heavy music.

HM PODCAST: Cullen and Mason chat about their top 5 favorite albums of 2022. Will your favorite artist make an appearance on their list?

The BlackSheep Podcast: Presented by HM Magazine is available wherever you listen to podcasts.
https://hmmagazine.com/podcast/the-blacksheeps-top-5-albums-of-2022/

Today, JUNO Award-nominated Canadian rock band Silverstein are thrilled to announce the Misery Made Me 2023 North American Tour. Known for their incredible,

Fit For A King — HM Magazine

HM INTERVIEW: Fit For A King

Fit For A King has consistently wielded excellence in every release — from technical elements like tone, rhythm, and mix, to more abstract qualities like

Merry Christmas from the HM family to yours! 🎄

HM MUSIC SPOTLIGHT: Vargrike, black metal out of Hungary, has released their newest album titled ‘A Vereségben’. Cold and atmospheric, this is a great soundtrack to accompany the coming Winter months.

HM MUSIC SPOTLIGHT: Blackgaze artist Wounds of Recollection has released a new single titled “Leo Minor”. In keeping with the artist’s sound, the song is a journey from melancholy to violence, returning to a state of peace. Beautiful work.

The BlackSheep Podcast: Presented by HM Magazine is available wherever you listen to podcasts.
https://hmmagazine.com/podcast/justin-jones-idle-threat/

HM MUSIC SPOTLIGHT: Currents’ latest single, “Vengeance”, is absolutely brutal in the best way possible. Metalcore at its finest by a band that continues to evolve into a heavyweight in the genre. HM MUSIC SPOTLIGHT: Mangled Carpenter has done what few bands could (or should) do, pulling it off surprisingly well. “I Saw Three Ships” is a smashing Christmas headbanger for the ages. Wild, but majestic.

HM MUSIC SPOTLIGHT: “Frozen Waves”, the latest single from The Anix, takes the listener on a paced, ambient journey that shows the dexterity of the artist’s sound. Heavy or light, The Anix continues to put out great music.

HM MUSIC SPOTLIGHT: Symphonic deathgrind artist, A Secret Ending, has released their first full-length album, ‘Fishers of Men’. The elements of symphony and pulsating metal melded with the vocals make for a compelling release.

HM PODCAST: Cullen and Mason chat with Madelinne Krenn from Hardcore Hotline. They chat about Madeline's experience at Furnace Fest, her most influential albums, and much more.

The BlackSheep Podcast: Presented by HM Magazine is available wherever you listen to podcasts.
https://hmmagazine.com/podcast/madelinne-krenn-hardcore-hotline/

HM MUSIC SPOTLIGHT: We’re late to the show, but a shoutout to Lustre for their latest album released in August titled ‘A Thirst for Summer Rain’. The mystical, ambient tapestry embracing the black metal atmosphere is beautiful madness. Well done.

Fit For A King — HM Magazine

"This is by far the most personal record, and I’m really hoping it helps others talk and open up about their lives."

HM INTERVIEW: Fit For A King

Fit For A King has consistently wielded excellence in every release — from technical elements like tone, rhythm, and mix, to more abstract qualities like

HM NEWS: The Protest have officially announced their “Gotta Rock ‘Em All” Tour with Relentless Flood & Behold The Beloved for March 2023!

17x platinum, GRAMMY-nominated rock band Skillet has announced the February 17, 2023 release of their Dominion: Day of Destiny (Deluxe Edition). With

HM MUSIC SPOTLIGHT: Atmospheric black metal mystic, Woods Of Desolation, is back with their newest album titled ‘The Falling Tide’. This is the first full-length release for the artist on Season of Mist.

HM PODCAST: Cullen and Mason chat once again with Dallas Taylor from Maylene and the Sons of Disaster. They chat about Dallas Taylor's experience at Furnace Fest, new music we can expect from Maylene, Dallas being a K-pop fan, and much more.

The BlackSheep Podcast: Presented by HM Magazine is available wherever you listen to podcasts.
https://hmmagazine.com/podcast/dallas-taylor-maylene-and-the-sons-of-disaster/

Connecticut metalcore dynamos Currents have dropped the visualizer for the new song, "Vengeance," ahead of their 2023 tour with Parkway Drive and Memphis May Fit For a King has announced their Winter 2023 headline tour of North America. Today, JUNO Award-nominated Canadian rock band Silverstein are thrilled to announce the Misery Made Me 2023 North American Tour. Known for their incredible,

HMTV: THE PLOT IN YOU receive Gold certification for ‘Feel Nothing,’ band shares ‘Divide’ music video

Ohio quartet The Plot In You — Landon Tewers , Josh Childress , Ethan Yoder , and Michael Cooper — have cause for celebration. The band's

Today, hard rock powerhouse Zahna announced her sophomore album, Stronger Than Death, and released a massive new single, “Die For Something." The single

LIVE NEWS: Sleep Token has announced a handful of live performances in Australia this coming Spring. Visit their page for more information.

HM MUSIC SPOTLIGHT: Metallica dropped a new single titled “Lux Aeterna”, a mere reminder of why they are still the kings of metal. Fantastic release from a band seemingly never artistically decaying.

Prolific metalcore progressives ERRA have shared the official video for "Pull From the Ghost." The video is comprised of live footage from the band's mostly

LIVE NEWS: Hartford, CT will be rockin’ this Christmas on December 15th at the Webster Theater. Currents, Silent Planet, Invent Animate, Phinehas, and Dreamwake will be putting on a bash with more spice than your grandma’s fruitcake.

Be the first to know and let us send you an email when HM Magazine posts news and promotions. Your email address will not be used for any other purpose, and you can unsubscribe at any time.

Send a message to HM Magazine:

LIVE NEWS: The Ongoing Concept, Fallstar, The Undertaking, and Meadows are hitting the road this November! Visit their page for info on tickets and venues. 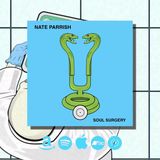 HM NEWS: Earth Groans just dropped their cover of Comeback Kid’s “Wake the Dead”, which is brutally awesome in more ways than one. If you want some incredible punk-infused metalcore, this is your jam. Now playing on the HM Spotify playlist!

HM NEWS: Love and Death has announced the release of ‘Perfectly Preserved Live’, a visual and audio capture of the band’s live performance, set for tomorrow (11/16). DVDs will be available in select stores. Visit the band’s page for more info.

New single from Guardians of the Secret! Go stream it a few hundred times wherever you listen to music.

You can now watch the live recording of “Let Me Love You” from Love and Death, featuring Lacey Sturm! Visit their pages for more details.

“Conform” by Then It Ends

Our friends in Then It Ends just released their newest single, “Conform”. These guys always deliver with top-notch metalcore anthems. Go stream it 1 - 100 times tonight! 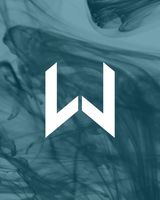 TOUR NEWS: This October, Lightworker, Fallstar, and The Undertaking! hit the road together for a 7-show tour. This is going to be one heck of a show. For more info on show times and tickets, visit their pages.

HM NEWS: Lightworker has announced a new single (cover) to be released this Friday.

A little afternoon ambience from Andre Gandra of Exortta.

Kyle of @thenitends with his former band Dividing The Masses. 😳

HM NEWS: NO ONE has announced the release of their first single on June 25th. Visit their page, follow them, and mark down the date. Trust us, this will be good.

“Endure” by Then It Ends

HM NEWS: “Endure”, the new single from Then It Ends is available now! Since it’s Friday, you also have our permission to set it to replay a couple hundred times.

“Religion of Relevance” by Nate Parrish

HM NEWS: On 5/28, Nate Parrish drops his newest single, “Religion of Relevance”. Stream it this Friday!

“Listen Friend;” by Above Only

HM NEWS: “Listen Friend;”, the new single from hard rockers, Above Only, is out on all platforms for your enjoyment. 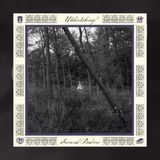 ‘Funeral Psalms’ from The Undertaking!

‘Funeral Psalms’ from The Undertaking - OUT NOW!

“Reason” by Then It Ends

HM NEWS: “Reason”, the newest single from Then It Ends, is out now! This one, folks, is a gem.

HM NEWS: Death Therapy have dropped their newest single, “Tension”, a precursor to their upcoming album titled ‘MelancholyMachines’ which is due for release on June 4. Today, the new track is available for streaming to your heart’s content. So, best get to a listening, y’all.

“Cancer” by Then It Ends

Have you checked out the newest single titled “Cancer” from Then It Ends on Spotify or Apple Music? If not, head over and support the guys by listening to some great music!

“Cancer” by Then It Ends

HM NEWS: Have you checked out the new video for “Cancer” by Then It Ends? If not, visit the link below! Watch Video: https://www.youtube.com/watch?v=xZSeY12vWBs 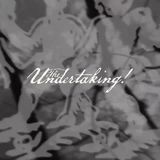 HM NEWS: “No Friends”, the newest single from The Undertaking, is out now! Go stream it, follow the band on Spotify, and get hyped for the upcoming release of their full-length album on April the 30th!

The Drowned God on Spotify

With the new album set to release in a few weeks, make sure you give The Drowned God a follow on Spotify. You will NOT want to miss this record. 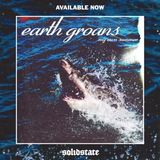 “My Own Summer (Shove it)” by Earth Groans

HM NEWS: Earth Groans recently released their cover of “My Own Summer (Shove it)” by Deftones. You have to hear this rendition! Available wherever you listen to music.

“Promise Me” by Ghost Note City

HM NEWS: Ghost Note City has announced the release of their newest single, “Promise Me”, on January 23! Visit their page for more into.

HM NEWS: NO ONE makes their debut with the ‘No One - EP’. This is straight-up rock n’ roll for your weekend enjoyment! Available on all streaming platforms.

“Yellow”, the new single by Downer Inc. (Kellin Quinn), is out now! Visit their page for more details. 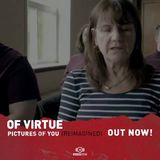 “Pictures Of You (Reimagine)” - Of Virtue

Music for Good. Metal at Heart. HM Magazine is dedicated to honestly and accurately covering the current state of heavy music.

Other Magazines in Houston

The BlackSheep Podcast: Presented by HM Magazine is available wherever you listen to podcasts.
HM MUSIC SPOTLIGHT: New metalcore act, Disobedient crew, have dropped their first single titled “Tension”. For fans of crushing metalcore, this is a must-listen. Here’s to hoping we get more from the Ohio boys really soon!

Now playing on the HM Spotify playlist.
HMTV: Vagrants shares ambitious new album, ‘Be Consumed,’ and music video for ‘Aimless’
ON THIS DATE: 05/02/2006 - 16 years ago today, Thursday released ‘A City by the Light Divided’. What is your favorite song on the album?
HMTV: Confessions Of A Traitor joins the Facedown family, releases first single, ‘Peacekeeper’
HMTV: Norma Jean unleashes music video for ‘Landslide Defeater’
HM MUSIC SPOTLIGHT: ‘Obsidian’, the new release from Northlane, is a fantastic record, brilliantly balancing the heavy and the melodic. This is easily setting itself up for consideration as a top 25 release of 2022.

The BlackSheep Podcast: Presented by HM Magazine is available wherever you listen to podcasts.
HM NEWS: Church Girls shares new single, ‘Telepathic Mind,’ in advance of EU/UK tour
HMTV: ARCHITECTS releases crushing new single and music video, ‘When We Were Young’
ON THIS DATE: 04/24/2012 - 10 years ago today, War Of Ages released ‘Return to Life’. What is your favorite song on the album?
x

Other Magazines in Houston (show all)