Patrick Dugan Music page keeps students and the internet community updated on our programming. We are a new business and would love to share connect with you.
#Music
#Guitars
#music lessons
#musician
#production
#love
#music band
#songwriter

Patrick Dugan Music stands with the people of Ukraine in the fight for their freedom! #StandWithUkraine #SupportUkraine
https://www.icrc.org/en/donate/ukraine?utm_source=Iterable&utm_medium=email&utm_campaign=en_vidIQ_Ukraine_2022_02_25_3779266

"I am gravely concerned for the safety of communities in Ukraine. Our message to the parties to the conflict is clear: uphold International Humanitarian Law, protect civilians and essential services". Peter Maurer, President, ICRC.It is dismaying that after enduring eight years of conflict, people n...

You Are Not Alone by Mavis Staples, performed by Patrick Dugan on acoustic guitar, electric guitar, and vocals.

You're not alone
I'm with you, I'm lonely too
What's that song
Can't be sung by two?

A broken home, a broken heart
Isolated and afraid
Open up this is a raid
I wanna get it through to you
You're not alone

You're not alone, every night
I stand in your place
Every tear on every face
Tastes the same

A broken dream, a broken heart
Isolated and afraid
Open up this is a raid
I wanna get it through to you
You're not alone

An open hand, an open heart
There's no need to be afraid
Open up this is a raid
I wanna get it through to you
You're not alone

"Keeps me searching for a heart of gold"
Props to Neil Young for standing up for objective truth!

Sleepless Nights is a song written by Patrick Dugan and recorded by his band Harlan Flo in 2012. Listen to the studio version here https://open.spotify.com/t...

"It's our paradise, it's our war zone"
https://youtu.be/UrjGw_G1cG8

Pillow Talk by @zayn , performed by Patrick Dugan. Climb on boardWe'll go slow and high tempoLight and darkHold me hard and mellowI'm seeing the pain, seein...

Wayfaring Stranger, performed by Patrick Dugan.[Verse 1] I'm just a poor wayfaring strangerJust travelling through this world of woe Yet t...

Happy Thanksgiving!
Join us for a live stream this evening at 8:30pm ET.
https://www.youtube.com/watch?v=H9TPeN2gp7M

Join me for an all you can eat musical casserole featuring Chris Cooper on lead gtr and Dennis Dugan on harmonica. Songs will be played, that much is certain...

I'm sitting in a roomAnd waiting for an answerAnd hoping that the lord sees fit to let me leave'Cause if the news ain't goodAnd you ain't comin back hereI'm ...

"It isn't too hard to see we're in heaven"
https://youtu.be/Vuo1cOsxS7s

Heaven by Bryan Adams performed by Patrick Dugan.Oh thinkin' about all our younger yearsThere was only you and meWe were young and wild and freeNow nothing c...

"Is it only a dream that there'll be no more turning away?"
https://youtu.be/9-oYBwme0Xo

Help me keep the videos coming by subscribing to my channel and supporting me on Patreon! Thank You! https://www.patreon.com/PatrickDuganMusic Watch more vid...

"God only knows what I'd be without you"
#humpdaymotivation #singalong #beachvibes #blackandwhite #singer #guitar
https://youtu.be/jYylU5APsX4

God Only Knows by The Beach Boys, performed by Patrick Dugan. I may not always love youBut long as there are stars above youYou never need to doubt itI'll ma...

The following can be taught in 30-minute or 1-hour long lessons in your home or via skype:
-Guitar
-Ukulele
-Bass guitar

The following can be taught in sessions of 1 hour or more:
-Music production
-Recording
-Audition preparation (please allow at least two weeks to prepare)

Be the first to know and let us send you an email when Patrick Dugan Music posts news and promotions. Your email address will not be used for any other purpose, and you can unsubscribe at any time. 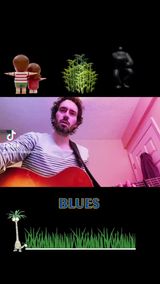 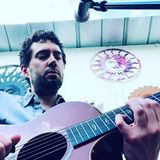 Stay safe, stay positive, and stay home if possible! Here Comes The Sun by the Beatles performed by The Lauren Wolf Band, recorded remotely during shelter-in-place. 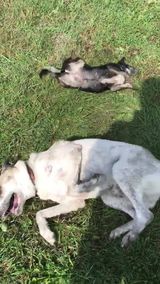 First Day Of My Life by Bright Eyes, performed by Patrick Dugan.

Is This Love by Bob Marley

Your Song by Elton John

I Walk The Line

I Walk The Line by Johnny Cash, performed by Patrick Dugan - August 2019. 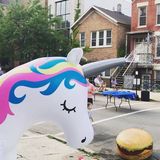 Unicorns and hamburgers! Just another Thursday at work.

Little Wing is a masterpiece by my favorite artist Jimi Hendrix, from the album Axis: Bold As Love.

Flowers In Your Hair - The Lumineers

A great song by the Lumineers, Flowers In Your Hair!

Straight Until Tomorrow live by The Lauren Wolf Band at Hard Rock Cafe Chicago 2014. -Warning, contains gratuitus guitar soloing- We included this song on our second album entitled Rise Up.

Patrick Dugan grew up in the western suburbs of Chicago. Although he began music lessons in grade school, it was not until he was a teenager that he started playing guitar. At age fourteen, Pat received a new guitar from his best friend and realized that music was his passion. He soon began practicing regularly, taking weekly lessons, and formed several bands and was accepted into Berklee College of Music’s performance program--the top music program in the nation.

After graduation, Pat moved back to Naperville and found his second passion: teaching. He began teaching private lessons and was later hired to teach guitar, bass, ukulele, and rock band classes to students of all ages. Many of his students have gone on to study music at Chi Arts and other prestigious art programs. In January, Pat decided to begin the new year with a leap: starting his own business: Patrick Dugan Music. Just a small, one-man operation, Pat wants to help musicians of every skill level see how music can enrich their lives. He strives to teach his students about every aspect of this field: the business, the artistry, and the scholarship that defines music. PDM students will learn about music theory and technique, the audition process, recording, production, as well as how to play with groups. Patrick aims to give his students a comprehensive and enjoyable music education.

Other Music production in Johnson City

Y'all, I am determined to be ✨productive✨ today. I have toddlers hanging on to each arm, but I don't care. I am GETTING 👏 STUFF 👏 DONE 👏 What are you getting done on this Thursday?! . . . Photo: Almen Wedding Vendors: Florist: Flowers by Tammy Venue: Harvest Acres Farm H&MUA: Rachel Ranck Musician: Patrick Dugan Music Cake: Celeste Caterer: Divine Catering Company Invitations: Basic Invite Groom/Groomsmen Attire: Men's Wearhouse Wedding Dress: David's Bridal Plates: bambu