OWL Radio is the student-run Internet radio station at Kennesaw State University! You should be listening at http://www.ksuradio.com --------- "Owl Play You'll Listen" ---------

You can even watch us live too - www.ksuradio.com/watch-live

KSU Owl Radio launched in 2007, but efforts to get the station created began much earlier. In the early days of Facebook we used a group page to get updates to interested students, containing posts between 2004 and 2010. Here’s a sample post from 2005.

Cher, Andrew Lloyd Weber and others are among those memorializing the singer and actor, who died Thursday at the age of 74

KSU Owl Radio updated their information in their About section.

KSU Owl Radio updated their information in their About section.

If you were a member of KSU‘s student-run radio station, consider liking our alumni page! And we would love if you would share your stories and photos!
https://www.facebook.com/ksuowlradioalumn

Come out Wednesday, October 30th For KSU’s Halloween costume party! From 7:30-10 we will have games prizes and costumes! Oh yeah and come hear Owl radio spin some sounds! Start getting your music requests ready 🎼

This bilingual KSU alum is nominated for an Emmy for deadline news reporting. 💯

Unfortunately, due to some technical difficulties, we are not broadcasting at the moment! We apologize for the inconvenience, but we are attempting to resolve the issue in a quick and orderly fashion. Thank you all for your understanding and we will see you soon! #hootyhoo #owlplay #youlisten

What’s up everybody! BIG NEWS!! On October 25 Owl Radio is doing a fundraising event at Del Taco! If you come out from 4pm-8pm and tell the cashier you are with Owl Radio then we will receive 20% of the revenue! So come on out and support the station! But don’t forget to RSVP at https://www.groupraise.com/events/72455 Seeya then!

You will be missed.
https://youtu.be/WY66elCQkYk

Aretha Franklin Had Power. Did We Truly Respect It?

The Queen of Soul sang the most empowering popular song ever. But even though she was brimming with it, we don’t think of her as an artist with swagger.

Tune in now to www.ksuradio.com for ‘Rockin the Ages!

Be sure to tune in this morning at 10am for ‘Frida Aura’ with Allison Taylor! Only on www.ksuradio.com!

It’s that time! Tune in now for Rockin' the Ages on KSU Radio with DJ Zab on www.ksuradio.com! Tonight’s theme is taxes and money, everyone’s favorite time of year of course..

Tonight's show topic is taxes and money! Tune in live, 6 pm at ksuradio.com!

It feels so good to be baaack! We hope everyone had an excellent spring break and while we’re sure no one is looking forward to these last few weeks of papers & finals, Owl Radio is here to provide you with some relief! Be sure to tune in today @ 12pm for ‘Kampus Kulture’ on www.ksuradio.com

Only one hour left to enter! Winner will be chosen at 12pm today!

Cigarettes After Sex (@cigsaftersex) @ Terminal West in Atlanta tonight was a wild one.

2 more days left of our free giveaway! Don’t forget to enter, winners will be announced Friday at noon!

Tune in tomorrow morning from 10am-12pm for ‘Friday Aura’ with Allison Taylor! She’ll be interviewing Teddy the Poet and you won’t want to miss this! www.ksuradio.com

Since Thursday is World Water Day, tonight's show topic for Rockin' the Ages on KSU Radio is water! Tune in LIVE from 6-8pm to have your thirst quenched with some classic rock and roll! Only on www.ksuradio.com

Since Thursday is World Water Day, Tonight's show topic is water! Tune in for some great classic rock and roll with that theme and talk a little about water, too! Tune in live, 6-8 pm, ksuradio.com also on the Radio FX app for Apple and Android.

In honor of International Women's History Month, tonight's segment of Rockin' the Ages on KSU Radio is Women Who Rock! Be sure to tune in live at 6 pm on www.ksuradio.com

In honor of International Women's History Month, tonight's show is Women Who Rock! Check it out live, 6 pm on ksuradio.com

We’ve got a busy day today on Kampus Kulture! Members of KSU’s African American Student Alliance will be coming to talk about Thursday’s Black Girls Rock event and we also have cast members of KSU’s Theater & Performance Studies production of “As You Like It” coming in to talk about their upcoming production (March 20-25)! Tune in at 12!

Missed out on free tickets to Milk + Cookies Fest today? You’re in luck - we’ll be giving away more free tickets for Milk & Cookies Fest tomorrow (Friday), on Friday Aura from 10am-12pm! Be sure to tune in tomorrow morning for another chance to win tickets to see Tory Lanez, Xavier Omär, Alina Baraz and much more! Only on www.ksuradio.com

Happy International Women’s Day to all of the wonderful women in our lives and worldwide! You are courageous, you are strong, and together, there is nothing you cannot achieve!

“I am a woman,
phenomenally.
Phenomenal woman,
that is me.”
-Maya Angelou

TODAY on Kampus Kulture, we’ll be talking with KSU’s American Medical Women’s Association at 12pm! Be sure to tune in to ‘Kampus Kulture’ @ 12 to catch the interview live & for a chance to win free tickets to Milk + Cookies Festival only on www.ksuradio.com!

Today on Kampus Kulture we’ll be giving away free tickets for Milk + Cookies Music Festival right here in Atlanta! Tune in from 12-2pm for a chance to win tickets to see Tory Lanez, Xavier Omär, Alina Baraz and much more! Only on www.ksuradio.com

Tonight at 8pm on ‘Between The Sheets’ we’ll be discussing the new Black Panther movie and talking about how it applies to black culture, love, and biblical aspects of life. Fans of the film won’t want to miss this! Tune in @ 8pm on www.ksuradio.com/listen

TOMORROW! We’ll be interviewing Kennesaw State University’s very own Mini Producer on Kampus Kulture at noon! Don’t miss out - be sure to tune from 12pm - 2pm on Owl Radio! (www.ksuradio.com) 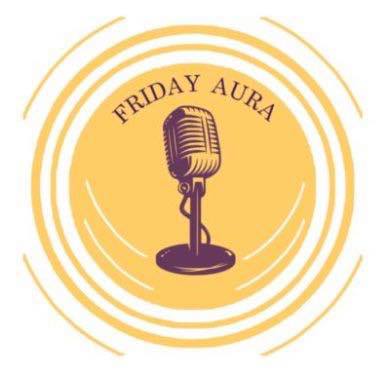 Happy Friday! Get your weekend started off right with a new segment of Friday Aura with Allison Taylor at 10am! www.ksuradio.com/listen

Be the first to know and let us send you an email when KSU Owl Radio posts news and promotions. Your email address will not be used for any other purpose, and you can unsubscribe at any time. 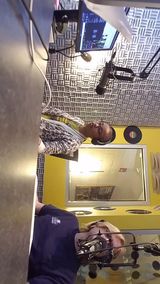 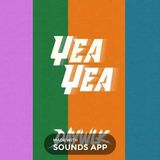 #ArtistOfTheWeek is Daywlk, a young creative hailing from Rome, GA. Within the foothills of this quaint Northwestern Georgia city, DAYWLK has developed his artistry to become a self taught rapper, producer, and songwriter, among many other things. At 12 years old, the young emcee began dabbling in 'free-styling' after transferring from the county school system to the city, inspiring him to take a closer look inside the universe known as Hip Hop/Rap music. Immediately a passion was sparked and by 13, his first self written EP was created and distributed locally through the independent label that he had founded at the time. By 17, DAYWLK made the decision within himself that a part of his mission on earth was to achieve a level of artistry/musicianship so that he could convey his message to the world. A message rooted in Love, Humanity, and Evolution. At 19, a realization came about that in order to further fulfill the mission, he must learn to produce/make beats, so that he could be more of a craftsman and develop a unique and original sound true to the roots of the artists' message. Now, being 20 years young, DAYWLK is performing at levels he could once only dream about. Having the opportunity to travel the world, perform shows, and release music under the independent imprint CURE Sound, DAYWLK has begun the process of dream realization and manifestation. Looking ahead, DAYWLK is eager to connect with more like minded humans around the planet and to continue to build positive platforms for self expression, creativity, and education. His only message to anyone who ever has and ever will believe in him is, simply put, "Thank You". Make sure you follow DAYWLK on all social media platforms for his next move! IG -FB - Twitter : @daywlk SoundCloud.con/Daywlk New music dropping this week Album coming 2017 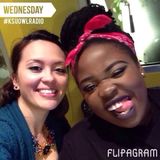 Let us know when you complete this survey during our show to enter to win >> ksusm.com/best2015

If you missed today's last 50th Anniversary event, then you missed the KSU Department of Dance students' flash mob performance of "The Monster Mash." Here's a peak, excuse the quality.

A short film that portrays the events, spirit and people that make up Kennesaw State OWL Radio.

https://ksuradio.com/rush-hour-september-playlist/
Thanks to KSU Owl Radio and Reagan Hunter for interviewing us on their YouTube channel. Check it out here: https://www.youtube.com/watch?v=l73goo2J_Kk #ksuowlradio #hyperspaceband
First station to play our songs on the radio! Featuring "Ferris Bueller", "I'm in Love With a Girl" and "By the Pool." Even better, it was my Alma Matar! Thanks again @ksuowlradio ! KSU Owl Radio #punk #punkrock #indie #independentmusic #indiepop #ferrisbueller #dumbfoxmusic #dumbfox #ksu #kennesawstateuniversity #kennesawstate #altpop #alternativerock #johnhughes #bythepool #iminlovewithagirl #discovermusic #indieartist #spotifyplaylist #spotify #indietronica #postpunk #poppunk #undiscoveredmusic #undiscoveredartist #80s #80smovies #80smusic #tryingsomestuffep #demo #ep #throwback #throwbacktuesday
Hylton Casting is currently seeking paid studio audience members for an upcoming SPORTS COMPETITION SERIES that will be taping in Union City, GA on Tuesday, 2/4/20 - Friday, 2/7/20. If interested and available, please visit the link below for more information. Please feel free to share this with family and friends that may also want to attend! https://hyltoncasting.com/sportscompetitionaudience/
Coronaviruses are a large family of viruses that can cause infections ranging from the common cold to SARS. #disinfect #coronaviruses #clean #pathogend #prevent Georgia Department of Public Health KSU Owl Radio https://www.reuters.com/article/us-china-health-pneumonia-who-idUSKBN1ZD16J?utm_campaign=trueAnthem%3A+Trending+Content&utm_medium=trueAnthem&utm_source=facebook&fbclid=IwAR0jJHIb45hSBQlyUqTEWN9oiL6kv4dvWuhKh_3iAgR3g8TagTfPJVGCS4c
Happy Birthday to KSU Owl Radio Program Manager 2013, Clif Holliday!
"Your CBD Store Kennesaw" is now open and we'll give 20% off to all KSU students with ID. Look us up Facebook for address, hours of operation and phone number. VOTED best CBD of 2019 😀
✊🌈Please help SHARE this protest far and wide!🌈✊ It's only fitting that Pence be greeted with 100 rainbow flags, a striking repudiation of his endgame of stripping LGBTQ+ people of their rights, including the right to marry. Come join us in defying this fascist regime! 100 rainbow flags are needed now! Be part of bringing to life a beautiful rainbow of defiance and waking people up to the dangers of the Trump/Pence regime - what they have already done, and plan to do. Be part of building a movement to drive out this regime the only way we can: through unrelenting, massive, nonviolent outpourings of protest until the whole regime is gone! #TrumpPenceMustGo #comingoutagainstpence https://www.facebook.com/events/584648941951545/