At Water Street Bindery we do fine leather binding and restoration to archival standards, also, we do cloth binding and paper conservation. Call first.

Franklin s 1742  printing of the laws of Pennsylvania. The boards  were not reusable. Flies and blanks were damaged so it was determined to rebind in the original layout using the salvaged, inscribed blanks as pastedowns. No inscriptions were lost. Sprinkled goat blind tooled as original and with a calf lettering piece.

Visitors to the shop may notice the furnishing of the locale with a micro apartment and business establishment adjoining the shop and across the street at the backside of the town’s preserved opera house a stage door and dance studio. If that were there when I bought my shop it would definitely have been The Stage Door Bindery!

Three leaves from the 1763 Phila Saur Bible out for repair and then a trip to the printer who it is hoped will make good replicas for installation into a copy lacking these leaves using the paper supplied, Ruscomb Mills handmade. A lot of artifacts which come thru have poignant associations.

A nice little early 18th Receipt Book.
The front fly was  lacking and a third of the sheep on the front board torn off. The front fly was replaced and toned as in the foto and the sheep on the board filled in. The text had been rebacked but the marks of the original tooling were present and it was recreated. No tooled gilt title label was likely but we added a written text on old paper on the title panel for modern consumption.

Last two weeks:,late 18th century state and county histories with the 1860 issues of Harper’s (Lincolnia) on the bottom.

Working on Carver’s ‘Travels in America’ I find the well known bookplate of the painter Fredric Remington inside. Add to that, the printer is the famous Isaiah Thomas,historian of American printing and prolific printer himself. This little book is a pretty piece of Americana.

Last week:
Fire-damaged County Biography and Family Bible, restored. 19th Cent book of plates, 82nd Airborne WWII battalion book, and a modern Custer item.
The more interesting was the 82nd, quite a group in many ways.

A ‘71 Sauer, The Wandering Soul. Front board was missing so I made a new one.

Finishing the week with some simple tooling. The sprinkled calf binding is the first American of Darwin.

A new cloth case to replace the missing original. Trials of the Irish rebels.

The 1776 Gunwad Bibel. Printed by Saur in Germantown, Pa. His pacifism not being appreciated by the Continental Army, his shop was looted and many copies of the printing were used as gumwadding by the troops.

A straightforward sheep rebacking. With a rather large proportion of the original sheep missing the the empty places were filled with acid free board prior to rebacking so the surfaces of the original and the new would be even. New clasps supplied by Müller Binderei in Lansdau.

This is the Ephrata, Pa, Martyrer Spiegel, 1748/9, the largest volume produced in colonial America. All parts including the paper produced by the Bruderschaft at the Cloister.

Usually a new board attachment is made with a sewn-on linen hinge. Here the cords were mostly holding and we sewed on linen thread to the existing thread and glued it to the board before a goatskin rebacking.

A “scabbard binding”, not uncommon in early New England. The boards are created from thin slabs of wood also used to make scabbards for swords.
Surely not a glamorous book but well worth retaining as cultural artifact. Plan: restore sewing, reinstall original binding with front board strengthened and put in a slip case.

Restoring a paper binding, limited edition with a signed etching.
The fragmented spine was removed, reassembled and mounted on kitakata.
It had originally been glued to the sewing and the loose sides folded over the outer leaves of the text as a cover.
The spine lining was redone as a hollow and pieces glued on to raise the surface where the paper was missing.
After the reconstituted spine/cover paper was reinstalled, we colored in the missing patches.

This is the first comprehensive American dictionary, a desirable item and a bit pricey. In layout it is similar to the first American printing of Johnson and roughly contemporaneous with that one.
The spines survived in small fragments and the rear board Vol. 2 was lacking.
Nonetheless the client wished to retain the extant three boards.

You can see the new leather labels copying the layout of the originals as could be determined from small fragments. The missing board can be seen replaced in facsimile in the final photo.
I hadn’t seen this one tho I have the Johnson’s which is somewhere else on this page. I was very impressed by the quality of the printing and paper. It is found in many binding variants having been sold over several years.

I’m not crazy about modernizing a binding on an antiquarian text but I thought this was ok.

Historic Canadian printing (and binding). History of the War of 1812 printed and bound by David Thompson. Niagara, UC (Ontario), 1832. The spine leather is much worn but the once gilt stamp can be discerned. The label is gone but is in the central position favored in this period. This is seemingly the first production save gov. printings in Ontario thus a significant North American binding. We’ll preserve the spine leather and mount it inside the volume using the original boards and like spine layout.

Here’s something I’ve not seen in all these years: an Ephrata production with a printed label on the board. I suppose the meaning is that is “cleared” for use by the various Mennonite churches here.

Victorian Bible came in lacking spine. Always a challenge to tool a new one. 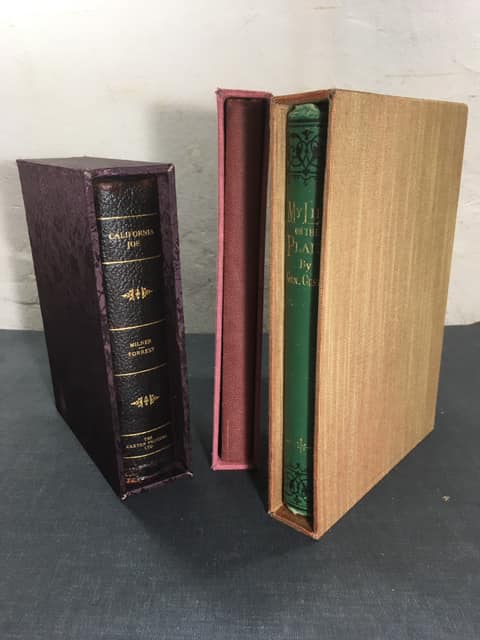 And, to finish the week, a few acidfree slipcases.

Enclosures for smaller, thinner artifacts for which a slipcase is inefficient. Leather spined tie folios, with an envelope of 200# handmade paper inside inclosing the item(s). Acid free, of course. A scarce (and pricey) bio of Custer bound in blue goat with the original (badly damaged) cloth bound into the rear.

This week’s clamshell by Anna for a G. A. Custer item.

A large quarto of 1682 rebound period style in a (fairly) inexpensive River Goat and paneled boards.
Selden was a polymath and controversialist of the mid 17th century. Be the first to know and let us send you an email when Water Street Bindery posts news and promotions. Your email address will not be used for any other purpose, and you can unsubscribe at any time. 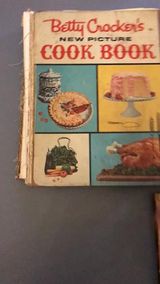 Water Street Bindery: 28 N. Water Street, Lancaster Often called "The Little House'' was built ca. 1825. It is a 1-½ story three-bay brick Federal house. The home has one pedimented dormer with round arched upper sash, round arched entry and paneled shutters. This home is most likely built by Charles Stoes (Stoce) as part of a double house. Today "The Little House" is occupied by Bookbinder Tony Haverstick. He has been in the business of antiquarian bookbinding and repair since 1970. Haverstick is the current owner of the Water Street Bindery, in Lancaster, Pennsylvania. On the outside, not much has changed in the last 170 years. Haverstick uses the same door latch and passes under the same arched doorway as German immigrant and bookbinder Charles Kraus did when he was the owner of the shop in the mid-19th century. Haverstick specializes in the restoration of books that are 200 to 400 years old. He works in this building that is a 1-½ story brick building and the interior is 700 square feet. There are only a few hundred other craftspeople in the country who do what Haverstick does. In 1950 the Pennsylvania Historical and Museum Commission installed a historical marker in front of the house. The marker pays tribute to the resilience and survival of this historic house, and all the early one-story houses in Lancaster City. Visit us online at: https://www.2patravelinggirls.com/post/water-street-bindery-lancaster-pa #2patravelinggirls #waterstreetbindery #bookbinder #bookbindery #books #history #pennsylvaniahistory #historical #historicalbuilding #historicalplace #lancasterpa #lancastercounty #explorepennsylvania #pennsylvania #historicalmarker #pahistory #historicpennsylvania #oldandinterestingstructures