All the sports talk, interviews, game coverage and podcasts from the top personalities in sports. Listen now on the free Audacy app. CBS Radio

'Door is open' after Colin Kaepernick 'impressed' in workout with Raiders

'Door is open' after Colin Kaepernick 'impressed' in workout with Raiders. https://bit.ly/3a1h32w

Former 49ers quarterback Colin Kaepernick is scheduled for a visit with the Raiders on Wednesday, marking his first NFL workout in nearly three years.

US Soccer equalizes pay in milestone with women, men

The U.S. Soccer Federation has reached milestone agreements to pay its men’s and women’s teams equally

Thursday the NFL released its full national television schedule for the 2022 regular season including all primetime, holiday and international games.

Las Vegas Raiders team President Dan Ventrelle has left the organization less than a year after taking over the job. Owner Mark Davis announced in a statement Friday but divulged no details around the decision.

Tom Brady admits on TikTok the infamous tuck rule play 'might have been a fumble'. https://bit.ly/3vLJfyx

Tom Brady posted a TikTok on Thursday where he made a surprising reveal that the infamous ‘tuck rule’ game in the snow against the Raiders might have really been a fumble.

Due to a rain delay yesterday, NASCAR's DuraMAX Drydene 400 will continue this morning at 9a. The Jim Rome Show can be heard in its entirety on 98.5 HD2 The Fan here in Las Vegas or with the Audacy app. We apologize for the inconvenience.

Listen To The Fan Las Vegas, Your Daily Spot For Honest Sports Opinion, Breaking Sports News And Your Favorite Teams In Action! FREE On Audacy!

First-time general manager Dave Ziegler and new coach Josh McDaniels wrapped up their first draft believing the Las Vegas Raiders helped themselves up front on both sides of the line of scrimmage by strengthening their offensive and defensive lines.

In an interview with NBC Sports Bay Area, Raiders owner Mark Davis said he’s “open” to having Colin Kaepernick on the roster. “He deserves every chance in the world to become a quarterback in the National Football League.”

The Dodgers are wrapping up their game in Arizona on 1140 The Bet. The Playmakers are talking sports and other things, exclusively with the Audacy app.

Wagertainment For Every Fan! Listen To The Bet Las Vegas Here And Get All Your Favorite Radio Stations And Podcasts On The Go With The Audacy App.

The Packers and Raiders struck a blockbuster deal involving WR Davante Adams – and the sides might not be done with each other yet, per a report.

Yeah, so this is coming to Vegas on June 1st. https://bit.ly/3OeI7Lj

The next installment of Turner Sports’ “Capital One’s The Match” is on for June 1 in Las Vegas and will feature Aaron Rodgers teaming up with Tom Brady to play Josh Allen and Patrick Mahomes.

Ahead of the 2022 Major League Baseball season, Tim Kelly of Audacy Sports makes predictions on what records each team will post, who will win every major league award and what team will be crowned World Series Champions.

A majority of Americans say they don’t blame President Joe Biden for high gasoline prices, but they’re giving his economic leadership low marks amid fears of inflation and deepening pessimism about economic conditions

Davante Adams is coming to the Raiders. https://bit.ly/365DK3K

The Las Vegas Raiders have made a blockbuster move to keep up in the AFC West, acquiring All-Pro receiver Davante Adams from the Green Bay Packers

The legendary broadcaster is leaving Fox Sports to be the new voice of ESPN’s Monday Night Football. According to Andrew Marchand of the New York Post, Buck’s deal is expected to be worth $60-75 million.

The Las Vegas Raiders have signed DE ﻿Maxx Crosby﻿ to a multi-year contract extension, the club announced Friday. Crosby was named to his first Pro Bowl in 2021 after recording 56 tackles, eight sacks and seven passes defensed.

MLB cancels another week of regular season games as talks drag on with no agreement. https://bit.ly/377vBfk

Falcons WR Ridley suspended for '22 for bets on NFL games

Catch the Victoria's Voice Foundation 200 LIVE from @LVMotorSpeedway on 1140 The Bet and with the Audacy app. @NASCAR @KurtBusch

Opening Day is off for the first time in 27 years as both sides fail to reach an agreement. No new negotiation sessions are scheduled. https://bit.ly/3HGi2Ao

No bats, no balls, no fans: Pitchers, catchers don't report

Brian Flores says he lost out on Texans job because of lawsuit against NFL. https://bit.ly/3Hx3cN8

Flores’ camp didn’t mince words in assessing why Houston didn’t hire him, after it was widely reported that he was one of just three finalists – and the only one with NFL head coaching experience.

Flores says he won't drop lawsuit even if hired as coach

Flores says he won't drop lawsuit even if hired as coach. https://bit.ly/3gk3ye0

Fired Miami Dolphins Coach Brian Flores has sued the NFL and three of its teams, alleging racist hiring practices by the league have left it racially segregated and managed like a plantation

The Las Vegas Raiders have hired Josh McDaniels as Head Coach. Owner Mark Davis announced the hire during a press conference Monday. McDaniels was previously the offensive coordinator for the New England Patriots

G Robin Lehner gets his first shutout of the season as the VGK blanks the Capitals in the opener of their 5-game road trip. https://bit.ly/3G1eo38

Even the winning coach, in this case Andy Reid, is questioning the NFL’s overtime setup

Be the first to know and let us send you an email when CBS Sports Radio 1140 posts news and promotions. Your email address will not be used for any other purpose, and you can unsubscribe at any time. 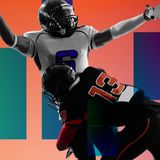 Audacy Sports Has Sports For Every Fan! 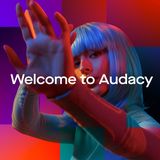 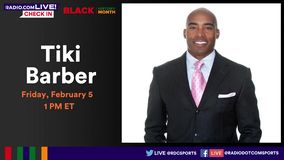 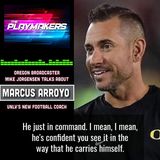 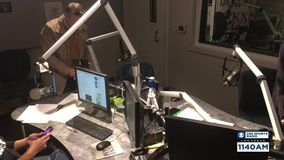 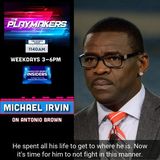 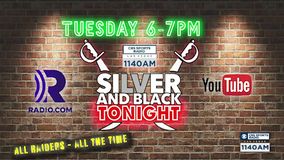 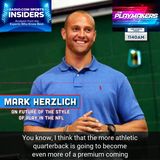 The Playmakers arrive on Monday! 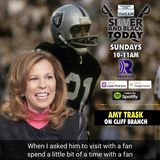 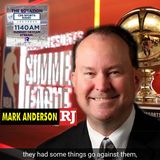 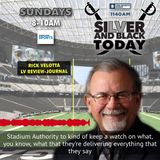 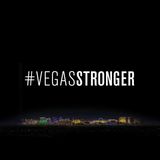 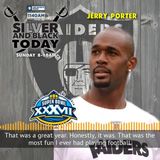 Raiders Super Bowl WR Jerry Porter: 2002 Was Most Fun I Ever Had 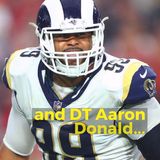 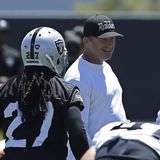 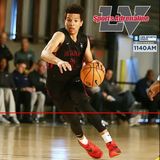 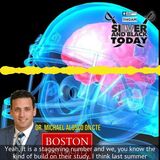 SUNDAY: We're back on the air in #LasVegas to talk about the #Raiders big win in Dallas. East Coast #RaiderNation join us at 7am ET on CBS Sports Radio 1140 & #WestCoast RaiderNation/Vegas join us on 98.5 The Fan at 9am PT. We'll recap the game & talk about the future of Derek Carr in the Silver & Black. Stream live: Audacy app on your phone!
Scott's 3 Keys to #Raiders Victory Over #Chiefs Sunday for CBS Sports Radio 1140 #RaiderNation
Appointments begin April 5 for #COVID19 vaccinations for all age groups 18+. Call Boulder City Parks and Rec 702-293-9256 M - TH 8AM - 3pm to schedule an appointment. Appointments are required. #bchcares #bchnv #bchospital #vaxup #vaccination Boulder City, NV Chamber of Commerce Boulder City Review Boulder City Social KXNT Newsradio Mix 94.1 98.5 KLUC ALT 107.5 CBS Sports Radio 1140 96.3 KKLZ Star 107.9 102.7 The Coyote 101.5 Fm / 720 Am KDWN Jammin 105.7 8 News Now KSNV News 3, Las Vegas KTNV Channel 13 Action News FOX5 Las Vegas Vegas PBS Telemundo KHSV
SUNDAY: Big news about the future of our show as we go LIVE on CBS Sports Radio 1140! We'll talk fantasy football with Andrew Erickson of Pro Football Focus & wrap up the week in #Raiders news. Stream on RADIO.COM, #YouTube, Twitch & Periscope!
ICYMI: Our latest CBS Sports Radio 1140 show included discussions about the #Raiders on TV. How will you watch the team in 2020 seeing as though you might not be able to attend games? We discuss...plus latest in news and views. Please subscribe to our radio show and podcast feed on your favorite platforms like Apple Podcasts, Spotify, and Google Play.
Join us LIVE Sunday 8-10AM for our CBS Sports Radio 1140 show. Hit the reminder in the post below so you can watch our live video simulcast right here. We'll explore #Raiders on TV this year with Ryan Young from Yahoo Sports, Bryan Salmond of KSNV News 3, Las Vegas, & Eric Niiler of WIRED on psychology of playing in front of no fans for pro athletes. See you then!
SUNDAY: Join us on CBS Sports Radio 1140 from 8-10am as we have another jam-packed 2-hour show talking #Raiders football. First, we talk about what the #NFL on TV might look like this season. What's latest on the NFL Sunday Ticket deal? And how might a season with no fans impact TV viewing? Ryan Young of Yahoo Sports is with us. Then, we talk local TV and the Raiders impact with Bryan Salmond of KSNV News 3, Las Vegas. Plus: WIRED writer Eric Niiler on the psychology of players playing in front of empty stadiums. Stream: YouTube, Facebook, Twitch, Twitter & on RADIO.COM app.
We've teamed up with Entercom Radio stations to present "Move Las Vegas Forward". Listen for inspiring stories from Vegas as we recover and move forward. 98.5 KLUC KXNT Newsradio X1075 CBS Sports Radio 1140 RADIO.COM
SUNDAY: We're back LIVE for 2 Hours! Join us 8-10am as we talk with new #Raiders LB Nick Kwiatkoski. Plus: The legacy of Al Davis with Hikaru Kudo of SportsIllustrated & Hondo Carpenter on the pursuit of Jadeveon Clowney. Stream us live on the RADIO.COM app or listen live via CBS Sports Radio 1140 in Las Vegas! Subscribe to our podcast/show archive here: silverblack.today/ShowSub
SUNDAY: We're live on CBS Sports Radio 1140 from 8-9AM PT with #Raiders RB Jalen Richard. We'll also talk latest Raiders news and Moe Moton tells us why undrafted free agents matter. Stream audio RADIO.COM & video here and #YouTube.
What's the reason why the #Raiders tickets are the most expensive in the NFL on the secondary market? Forbes writer Shlomo Sprung joined us on our latest CBS Sports Radio 1140 to tell you why. LISTEN:
I would like you to consider the over useage of music, songs or piped in crowd noise for the majority of your commercials during the dodger games. It is very annoying and it makes it difficult to understand what is being said or sold.