Listen LIVE HERE: https://kdwn.com/
Download Our FREE KDWN App — It’s everything you need to stay informed! KDWN 720 AM/101.5 FM is the leader in bringing you the most interesting talk & opinions, along with up-to-date news, traffic and weather for the Las Vegas Valley. K-Dawn has assembled Southern Nevada’s leading hosts all in one place: major national names – Sean Hannity, Brian Kilmeade, Mark

Listen LIVE HERE: https://kdwn.com/
Download Our FREE KDWN App — It’s everything you need to stay informed! KDWN 720 AM/101.5 FM is the leader in bringing you the most interesting talk & opinions, along with up-to-date news, traffic and weather for the Las Vegas Valley. K-Dawn has assembled Southern Nevada’s leading hosts all in one place: major national names – Sean Hannity, Brian Kilmeade, Mark

Are you playing #Wordle? 👀

Happy Valentine’s Day. We appreciate you listening to the talk of Las Vegas. 📻

Hungry For Pizza? Where To Find The Best Deals For National Pizza Day

Today is National Pizza Day. 🍕 Here are a few spots scattered across Vegas that are offering special deals for the day.

Vegas is a hot spot for a plethora of pizza choices. From thin to thick crust, here are some of the best deals to celebrate National Pizza Day.

16 Ways To Upgrade Your Workspace In The New Year

The New Year is here and it's a perfect time to upgrade your workspace. Must Haves & Fun Finds

It’s the perfect time to give your home or work office a face lift. Check out these 16 ways to help upgrade your workspace.

We wish you joy, peace, and prosperity.

We wish you and those around you a very Merry Christmas Eve! 🎅🏻

Thank you for listening to us. 📻

Today we are celebrating 60 years with Beasley Media Group! 🎂

Thank you for listening and continuing to listen. We appreciate you. 📻

KDWN 101.5 FM Listeners Can Have A Merry And BRIGHT Holiday Season At The Las Vegas Speedway

‘Tis the season for Glittering Lights presented by Goettl Air Conditioning and Plumbing. Only ten minutes north of Downtown Las Vegas, attend the drive-through spectacular and be wow-ed by the dazzling array of festive Christmas lights, featuring more than 3 million LED lights that intertwin throu...

Happy #Thanksgiving to you and your family. 🦃

We appreciate you calling in and spending time with us. 😊

With respect, honor, and gratitude we want to share the love offered by local businesses that will make your day a bit more special. We truly appreciate your self-sacrifice and all that you have done for our country.

This Veterans Day we want to share the love offered by businesses that will make your day a bit more special. Here are seven deals being offered in 2021.

#ad Hitch a sleigh ride to Las Vegas Motor Speedway for the holiday drive-through spectacular -- Glittering Lights, presented by Goettl Air Conditioning and Plumbing. The dazzling array of festive Christmas lights and sounds features more than 3 million LED lights that intertwine throughout a 2.5 mile course around the speedway, shining 21 years bright this holiday season. Come on out between November 11 and January 9. https://bit.ly/3DbycAl

‘Tis the season for Glittering Lights presented by Goettl Air Conditioning and Plumbing. Only ten minutes north of Downtown Las Vegas, attend the drive-through spectacular and be wow-ed by the dazzling array of festive Christmas lights, featuring more than 3 million LED lights that intertwin throu...

Time to set your clocks back on Sunday. ⏰ You don't want to miss any of your favorite shows!

Today we commemorate the heroes that are always there for us.

We know your job is stressful but we are appreciative for all of your hard work and dedication. 👏🏼

Thank you and happy #NationalFirstRespondersDay. 😊

We want to recognize and show appreciation to all of the employers out there. Thank you for your leadership.

Mark Shunock, The Host You NEED At Your Event

Listen to: Mark Shunock, the in-arena host for our Vegas Golden Knights, sat down to tell us how he got to where he is today! 🏒 #GoKnightsGo

Mark Shunock grew up with a fair balance of sports and entertainment in his life! His acting career brought him to Las Vegas with the show “Rock of Ages” and little did he know, this would become home. He now can be seen by all of the Las Vegas community, hosting Golden Knights and Raider …

17 Hilarious Adult Halloween Costumes That Will Make You A Winner

We’re helping you get ahead of the game this year by giving you a list of hilarious adult Halloween costumes from our Must Haves & Fun Finds that will make you the star of the party. 🌟

The Price Is Right Wheel costume is awesome. Would you wear it? 🤔

Trying to find the best costume for Halloween this year? Check out these 17 hilarious adult Halloween costumes that'll help you be a costume contest winner.

Teachers we appreciate you. Thank you for teaching our students while growing them to meet their full potential. Teachers makes all other professions possible.

Who was your favorite teacher of all time? 📓

We endured a horrific tragedy that injured and took the lives of many which impacted our community as a whole.

A gallery can be found at KDWN.com to honor the lives lost and the lives risked to help save others. ❤️ #VegasStrong

October 1, 2017, will forever be engraved into the minds of all Las Vegans. We endured a horrific tragedy that took the lives of 60 and impacted our community as a whole. We stood by each other’s side during one of Las Vegas’ darkest days. We created a gallery to honor the lives taken and …

Peer Support In Remembrance Of 1 October

Today is a day about healing, empowering, and rebuilding together as a community. 🌎

The Vegas Strong Resilience Center offers resources to those that have been affected in any way shape or form from 1 October. #VegasStrong

The Vegas Strong Resilience Center offers resources to those that have been affected in any way shape or form from 1 October. Find out more information here

1 October: We Will Never Forget

Fathers, mothers, daughters, and sons all on a list of 58 people that were taken from us on October 1, 2017, and two lives later lost due to the tragedy.

Remaining #VegasStrong we remember those lost forever by never forgetting their names. ❤️

Remaining Vegas Strong we remember those lost forever by never forgetting their names. Remembering 1 October as a community, we must remain resilient.

A national tragedy occurred on October 1, 2017.

Resilience and strength are hallmarks of the Las Vegas community now and forever.

To honor the lives lost we have gathered commemoration ceremonies open to the public.

A national tragedy occurred three years ago on October 1, 2017. To honor the lives lost we have gathered three commemoration ceremonies open to the public.

You'll Want To Splurge On These 9 Top Rated Tech Products

Whether you’re a technophile or just getting ready for the holidays, we all know that buying new tech can be a challenge. 📲 💻

We’ve taken some of the guesswork out for you and found some TOP rated tech products that you won’t mind splurging on from our Must Haves & Fun Finds. 👍🏻

The Smart Soap Dispenser looks pretty amazing!
Which product would you use? 🤔

Looking for your next tech find before the holiday season? Here are nine top rate tech products that you and your family will love.

Parents of students in the Las Vegas area who are challenging Nevada's COVID-19 mask mandate are asking a federal judge to issue an emergency order allowing children to attend school without masks.

Parents of students in the Las Vegas area who area challenging Nevada's COVID-19 mask mandate are asking a federal judge to issue an emergency order allowing children to attend school without masks.

Las Vegas Fire and Rescue Station #5, led by Tim Szymanski, paid respect to the twentieth anniversary of 9/11 and to those who perished that day, especially the 343 New York City firefighters killed in the collapse of the tower. The commemoration at Station 5 includes a piece of steel from one of th...

May they all rest in peace.

"Never forget." A phrase once muttered floods some with feelings of terror and heartbreak. 20 years later we pay tribute to the 9/11 tragedy with a gallery.

9/11 Documentaries And Specials On TV

To commemorate the 20th Anniversary of 9/11 here is a list of programs about that fateful day. https://bit.ly/Sept11DocsKDWN

As a result of the tragedies of September 11 the world will never be the same again. On the twentieth anniversary of this tragic incident, we’ve compiled a collection of television specials and documentaries to commemorate this very special day to all of us. Tune in starting today to view the 9/11...

Today, September 11, a public ceremony will be held at Police Memorial Park to plant two ornamental pear trees to honor the lives lost during 9/11 and Route 91 Harvest Festival.

The National September 11 Memorial & Museum commemorates the loved ones lost with a white rose in honor of their birth of life.

With a united promise, we stand to never forget the names of those taken from us.

On September 11, 2001, about 3,000 individuals were killed in the United States. The attacks were the world’s deadliest terrorist attacks. Al-Qaeda hijacked four planes, each aiming for a famous American monument. At 8:46 am local time, American Airlines Flight 11 impacted the North Tower of the W...

We wish you a Happy Labor Day! 🇺🇸

Labor Day is a national tribute to people like you, who work so tirelessly throughout the year. Enjoy your long weekend. 🙂

To commemorate our workers, we found three local events to enjoy before the upcoming work week.

Summer days grow shorter, kids go back to school, and your commute becomes 30 minutes longer. Labor Day is traditionally celebrated on the first Monday in September. Labor Day is to acknowledge the American workers and to protest the dangerous conditions they worked in during the Industrial Revoluti...

Be the first to know and let us send you an email when 101.5 Fm / 720 Am KDWN posts news and promotions. Your email address will not be used for any other purpose, and you can unsubscribe at any time. 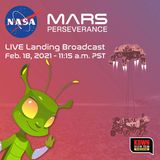 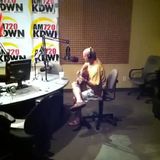 101.5 FM / 720 AM KDWN is the ONLY FM news talk station in Las Vegas. With the latest version of the KDWN app, everything you need to stay informed is in the palm of your hand and right at your fingertips! 101.5 FM / 720 AM KDWN has assembled a strong programming lineup featuring the most popular talk show hosts in Las Vegas, Brian Kilmeade, multi-media superstar Sean Hannity, and one of the top conservative thinkers and authors today, Mark Levin. Other programming includes The Vegas Take and the Steve Sanchez Show. The KDWN app is really easy to use, and best of all its 100% absolutely FREE! Download KDWN app today and see for yourself what you’ve been missing! To stay up to date with 101.5 FM / 720 AM KDWN, join the conversation on Facebook and Twitter @KDWNLasVegas, where you’ll find the latest contests and giveaways, exclusive interviews, and much, much more!

Visit our On Air schedule right here and tune in to listen!