CPTV has been helping to facilitate donations for veterinarians in Ukraine. This week we helped in facilitating a donation of PPE equipment from The Town of Leesburg to The Foundation For The Horse through our client ISELP.

ISELP has been partnering with The Foundation for the Horse, BEVA - The British Equine Veterinary Association, Ukraine Equestrian Federation, FEI, Blue Cross, and NOVA Ukraine to obtain medical supplies, cash donations, personal protection equipment, and other support material for veterinarians in Ukraine. Yesterday, we helped in facilitating a donation of 45 Ballistic Vests, 9 Ballistic Helmets, and 26 Heavy Plates from The Leesburg Police Department and The Town of Leesburg, Virginia.

For those of you that are unable to attend the Presidential Inauguration festivities and swearing in ceremony, CPTV and NATV has a special link for your enjoyment... 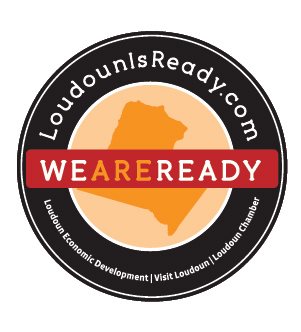 Our business pledges to follow the latest safety guidelines and best practices, as issued by the CDC and Virginia Department of Health, to mitigate the spread of COVID-19. Throughout this crisis and beyond, customers, employees and guests can be confident that this business is committed to their health and well-being.

CPTV will be live streaming the 2020 Songs, Stories & Gas Money Concert -- Taylor Carson at The Barns at Hamilton Station Vineyards tonight. Go to www.capitolproductionstv.com to view the stream at 8:00pm EST.

CPTV on behalf NATV covered the Bernie Sanders Rally in Virginia. For those of you that tried to watch the live stream we apologize for the poor signal. More then 10,000 people caused the network to overload. Fortunately we had great audio for anyone still interested in listening to the speech.

Normally we like to keep bias out of our media coverage, but since we are based out of DC we are very proud of our NATS!

It's always so interesting to see the reasons people rent AV Equipment from us. We have provided AV Equipment from everything to large scale video productions, educational lectures, birthday parties, and even a projector for a painter to paint a 20' outdoor mural. Whatever your needs are, let us know if we can help!

If you are looking for office space in historic Downtown Leesburg, there is some really amazing office space available on the second floor of our building.

Today we covered the President's Remarks on Modernizing Our Immigration System for a Stronger America at The White House. We also ran into Gene Simmons while we were there!

We just returned from a trip out to San Francisco, where we provided all of the Audio Visual Support as well as a full video recording of a 3 day educational conference. This particular job is a bit unique because we have to build a customized jib in order to film an anatomical dissection. We also have a portion where we bring a live horse into the ballroom as the instructor demonstrates ultrasound techniques.

In January we covered the 116th Congressional Swearing in.

In February we also traveled to Las Vegas where we provided Event Planning, AV, and Marketing Support to one of our clients. We helped organize and market an educational event and provided on site AV support. This event was in conjunction with a large veterinary conference where we represented our client. We helped to set up and run a small booth to help with increasing membership and marketing of other events that this association offers.

In February we traveled to Phoenix, Arizona for a big project. We organized a Veterinary CE Conference for a non-profit client of ours. We handled all of the Event Planning and Marketing to sell out the event. We also provided all of the Audio Visual Support and recorded the meeting in its entirety so that all attendees could be given a video recording of the meeting. This event has a few logistical challenges to it, as we have some complicated AV setups throughout. Besides your typical Lecturer & Presentation standard set up, we also film an anatomical dissection as well as bring a LIVE HORSE into the hotel ballroom to project three images. One screen projects the hands of the instructor showing how he is holding the ultrasound probe on the horse, another screen projects the ultrasound image, and a third screen projects the corresponding anatomy from a slideshow. All of these AV components are tied into our mobile video switcher where we can switch the event live. We then bring the footage back, and provide all necessary post-production in our Avid Media Composer Suite. #av #production #recording #video #eventplanning #marketing #rental #postproduction #avid

In January, we traveled to Amsterdam to attend a Veterinary Conference on behalf of one of our clients. We arranged a small booth, and managed the marketing efforts to help raise membership for this 501(c)3 association. #marketing #amsterdam #association

We realize we have not been the best about posting what we've been up to, so we will be doing a little bit of updating today. Stay tuned as we try to get better about sharing some of our projects.

Hard at work in Phoenix, Arizona. 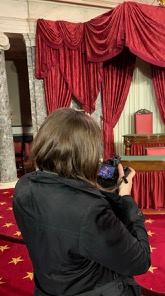 Yesterday on behalf of NATV, we covered the swearing in of the 116th US Congress.

CPTV on behalf of NATV is covering the Oversight Hearing “Opioids in Indian Country: Beyond the Crisis to Healing the Community” before The Senate Committee on Indian Affairs.

Covering a Hearing for The Senate Committee on Indian Affairs.

Capitol Productions TV updated their information in their About section.

Capitol Productions TV updated their information in their About section.

Spent the morning at The White House.

This morning we are filming a Live Horse Ultrasound Demonstration in a lecture hall.

Greetings from Vancouver! We are testing out some of our new toys at an Equine Medical Conference.

Greetings from Vancouver! We are testing out some of our new toys at an Equine Medical Conference.

Sorry for the radio silence but we've had a very busy September. Monday we head off to Vancouver for a very big shoot! Photo's to come.

Looking for something to do this weekend?

Our second job in California is a little bigger. We provide all of the audio and visual support as well as record 3 days of educational content for an equine medical educational conference. We even film an anatomical dissection and bring a live horse into the conference room for demonstration purposes.

We've been quite busy out here in sunny California. Here are a few photos from shoot number 1.

Be the first to know and let us send you an email when Capitol Productions TV posts news and promotions. Your email address will not be used for any other purpose, and you can unsubscribe at any time. 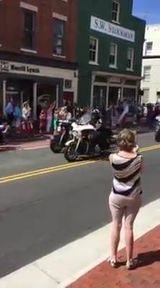 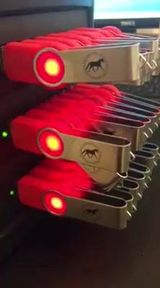 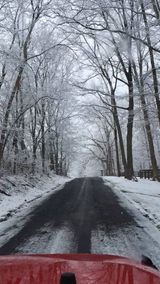 Job For A Day Bloopers

Other Broadcasting & media production in Leesburg

We are streaming LIVE 2020 Songs, Stories & Gas Money Concert -- Taylor Carson from The Barns at Hamilton Station Vineyards at www.capitolproductionstv.com Tune in from 8:00-10:00.
Couldn’t make the Taylor Carson and Mark Williams show tonight at The Barns at Hamilton Station Vineyards, no worries we are live streamed by Capitol Productions TV.
Sheriff Mike Chapman recently sat down with students from the Monroe Technology Center for Loudoun: Unscripted, an educational partnership with Capitol Productions TV. Sheriff Chapman addressed the nationwide he**in epidemic. https://www.youtube.com/watch?v=TbOrJKG8qwg
And to think Bob was the first person to introduce me to a computer around 1994 AT Morven Park!
In August, global collaboration and cooperation was a recurrent theme in The Global Search for Education stories and interviews. http://www.cmrubinworld.com/around-the-world-in-30-days-august
Highly successful, long-running shows such as S*x and the City, The Sopranos, 30 Rock, Gossip Girl, Person of Interest, Elementary, Girls, and Ugly Betty have graced the stages of Queens based Silvercup Studios. Now Silvercup, which runs two production studios, is planning a $35 million expansion of a Bronx warehouse into a 115,000 square foot complex for film and television production. Will that bring even more productions to New York? More importantly, will it mean more media jobs for New Yorkers? The demand for content continues to grow. Digital platforms such as Netlix, Amazon and Hulu are now producing multiple series. How has the new media impacted film and television production in New York? http://www.huffingtonpost.com/c-m-rubin/i-want-it-made-in-new-yor_b_7994674.html