Who’s cuttin’ wood in
your studio temptress while you’re out cuttin wood?

We’re so proud of tenant Joseph Reuben’s splashy musical arrival and praise my Spin Magazine! Check it out.

We love having LoveLeo as a tenant and are so thankful Christian Leave kicked off writing sessions in the new LemonTree Studios Plug & Playroom.

What do you get when you cross a producer and the Plug & Playroom? Eazy Peazy Gold!

When I first envisioned The lounge in Highland Park, I saw tenants [and myself] taking a brain break in a comfortable, and interesting oasis. It became somewhere they can transport from their studios and what they are creating into the exact other vibes they need to recharge.

This was what that vision brought.

Have you been in the LemonTree lobby before?

Duotone is a music and sound production company, that makes high-end content for a wide range of projects.

Brad Fischer [@_FischerKing] heads up Duotone here in LA. We love all the recent TV/Film work he's done + getting to hear his solo music.

Your next hit written at the LemonTree Studios Plug & Playroom.

➡️ State-of-the-art, pro built studio.
➡️ Filled with instruments to write with.
➡️ All. The. Vibes.

Book a day in our new suite using link in our bio.

Imagine Paul McCartney and Roger Waters running into one another at Abbey Road studios in 1967?

There's something about never knowing which artist, beat, sound, or song will burst from a studio door opening. It keeps the everyone’s music fresh and the LemonTree Lounge buzzing!

A lot of the new things we've been working on are centered around ways we can bring more creators through the doors of LemonTree-ATMOS events, writing sessions, live performances and tracking, and more! Stay tuned!

We love having him into our LemonTree Production Suite taking these songs from demos to final products with producer and LemonTree tenant Ed Donnelly.

A musical playroom for creating your next hit, coming very soon to LemonTree Studios.

We can't wait for more releases to start dropping. ⚡️

Name your favorite record...and I'll tell you if it's on the floor and in our record bin or not.

Plug and play perfection at LemonTree. PMC holding down the near field mothership in this LemonTree Studio.

What's your monitor of choice? ⚙️ 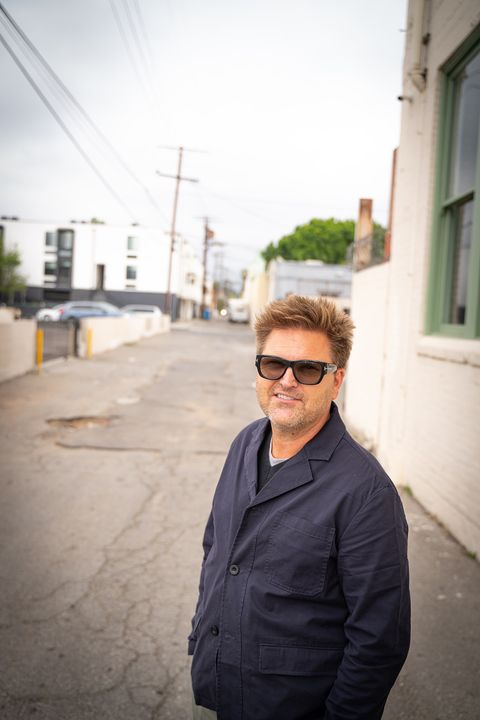 LemonTree only exist because this guy was crazy enough to create something that wasn't on the market. It broke the old school recording studio structure and perfectly brought analog to the digital world. 🍋

Check out @nathancjacques to hear the single. How do you make a track come alive? With LIFE! LemonTree tenant Ed Donnelly of the The Barber's Basement Recording Services is all set up to record some quality Hi-Hat overdubs.

Why do you need to know this? Ugh. You shouldn’t.

On the other hand, should know the V of V in the key of A. What is it? Please answer in the comments. One free door adjustment for the right answer!

LemonTree makes it easy to have THE private, personalized, and professional recording experience you've always desired.

....now if we only had a studio available...hmm....was that a tease? Dm to be added to our waiting list.

Go check it out!

Can't wait to see what music is created in his space.

Working, chilling, hanging? It all comes together at LemonTree. Can't you hear their next song coming together?

Can you tell me the density of rock wool options for a 4’x8’ ceiling cloud? God, I hope not. Now go make music.

I've loved having Bootsy Collins and his team working on numerous projects here at LemonTree. He's a true Legend.

Hooked on his March release of "Good Life", we can't wait to hear what he is creating right now at LemonTree! Sometimes you just need to release your inner Pete Townsend and The Who!⚡️

Create the music in your studio. Hang with your peeps in the lounge.

As important as your studio is - sometimes you just need to step away to a new environment. Nothing beats a community of your peers.

We loved having Bootsy working at LemonTree for his album "Power of the One."

We loved having Bootsy working at LemonTree for his album "Power of the One." True music royalty. ⚡️

ICONS ONLY-on the floor-in the studios.
Where else would you hear one engineer ask another, “how many of these records in the floor have you worked on?” Their answer? “Tons!”

We call this Studio Unknown... It’s that kind of week where you know how lucky your tenants are to not be the ones who built or have to run the studio...

Building and owning a studio sounds like such a cost saving, or even glamorous idea until you get hit with an unforeseeable issue, obstacle, additional cost, change order, and then maintenance and repairs. LemonTree tenants never have to think about negotiating with contractors, overseeing HVAC techs, plumbers, IT “techs” etc. - I want them to focus on making great music.

We're in the process of developing a very special new studio that will warrant a celebration like this. Once it's safe - let's do this again!

Great things are made at LemonTree! 💥

Check it out on Spotify here: https://spoti.fi/2Ph1bih

Do you remember your first studio? What about the second? Third? How many weeks have you spent building bass traps, and hanging cheap sound panels in your life?

It is nostalgic, but you eventually want that perfectly tuned room in a beautiful building. I'm happy to see our tenants spending more time on music-making than studio building.

We honestly can't keep up with the number of new releases LemonTree tenant Ed Donnelly has worked on. This musical gem defies genre and is a perfect mix of classic analog recording and digital programming.

Be the first to know and let us send you an email when Lemontree Studios posts news and promotions. Your email address will not be used for any other purpose, and you can unsubscribe at any time.

Send a message to Lemontree Studios: 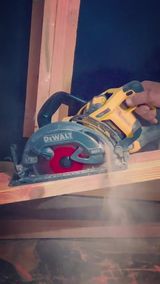 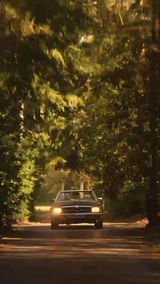 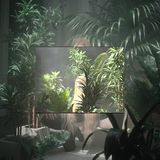 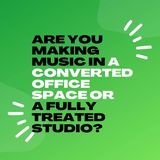 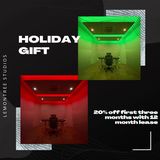 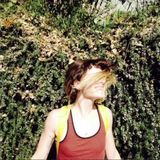 Over ten years working as an independent audio engineer and music composer, I had my studio set up in basements, rehearsal lock-outs, make-shift industrial spaces and “creative offices.” I quickly discovered why each of these options sucked, but had to find something better, once again. Unfortunately, I was also suffering from a severe case of G.A.S. (Gear Acquisition Syndrome), so I never wanted to have to move again.

Although these were the only options then, I was determined to find something more professional that wasn't the harsh reality of a multi-million dollar facility.I searched for a commercial space that offering some type single, independent and quiet space. I knew what I sought made sense and my rent budget was fair, but two years of hunting in the commercial market confirmed the offering didn’t even exist for my needs. The only other options were large with big buildout expenses and multi-year leases, I finally owned all the gear for a fantastic studio, but with nowhere to use it. I was bust.

Long before the shared economy was a thing, I was a believer in bringing people together. I knew that I was one of many producing musicians in Los Angeles, so dividing and sharing sound-treated spaces that are small enough to be affordable for each of us was the solution.

Out the window of my noisy downtown rehearsal space was a yellow commercial building, currently operating as offices and a machine shop. It was free-standing, just big enough, and in a great location. A year later, it came up for lease and I jumped on it.

Today those studios thrive, while the world of writing, playing, singing and recording merges in new and wildly creative ways within those walls!

LemonTree is an extension of my creative and entrepreneurial selves and I share that with you . As the original studio “tenant,” I aim to always give you what I sought: an honest, authentic and uncomplicated business experience in a cool, professional, inspiring space to make music.

The vinyl records underfoot are just a one-of-a-kind tribute to record shopping, so your hallways are always funky.

In Groove We Trust, Erik

P.S. As for the name, it's fresh, it's tart, it's oh so California. And for fans of a certain sitcom about nothing, Tippy Toe just didn’t sound as good.