Rocky is an award-winning film director who offers expert video production services to visualize the message your brand has been dreaming of.

** Black belt in the art of filmmaking. I visualize the media your company has been dreaming of. Here are 8 quick-hit things about me. In, out, easy breezy:

1. I am an award-winning film director • writer • editor - who has directed for over 20+ iconic brands such as Toyota, Gatorade, the US Marines, Navy, National Guard, and NBA, NFL, MLB teams. I have al

** Black belt in the art of filmmaking. I visualize the media your company has been dreaming of. Here are 8 quick-hit things about me. In, out, easy breezy:

1. I am an award-winning film director • writer • editor - who has directed for over 20+ iconic brands such as Toyota, Gatorade, the US Marines, Navy, National Guard, and NBA, NFL, MLB teams. I have al

#TSM | BREAKING NEWS - TSM has landed THE BIGGEST DEAL in esports history! And as a result, we will officially be changing our name to: TSM FTX. As reported ...

#TSMLOL - @Bjergsen has found TSM's next SUPERSTAR?? Straight out of the LEC, a true League of Legends savant, Coach Bjergsen came across this young prospect...

💖 For Valentines Day - here's a little eye-candy for all you romantics out there! 😍😍😍 #yesthisisreal #ezsqueegee

Had so much fun directing this spot. A big THANK YOU to Junho & Chris for making this possible. DP Johnny Ching and MUA Sunny An and the rest of the crew killed it on set. And couldn't have asked for better casts with Brennan Burt and Elle Vegas.

So proud of all the TSM Talent, Crew, DP Johnny Ching and life-saver @AtticusKiser. It came together in literally less than 5 days from concept to launch. I co-directed with @ShaneMcElroy for this awesome commercial, which came from the creative mind of @KeenanStockdale. And produced with @IsaiahCasabella. Thank you team for all your hard work. Looking forward creating more great videos with you! #tsm #2020jerseydrop #shoptsm #commercial #teamworkmakesthedreamwork

Something cool, my action script made the Semifinalists on the WeScreenPlay Competition today. Hardwork! Dedication! 😄🙌 #thegrind #stayhungry #writewritewrite

Diverse Voices is a screenplay contest and lab that strives to encourage stories that are told from perspectives that are often underrepresented in Hollywood today. This includes writers of color, women writers, writers with disabilities, writers over 40, writers in...

Updating my social media. Pls excuse the progress. Nothing to see here... yet. 😉

Now it's easier to send Rocky Jo a message.

Now it's easier to send Rocky Jo a message. 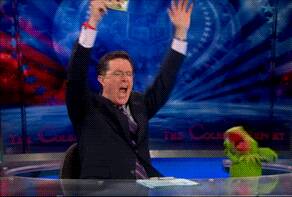 THANK YOU WE DID IT! 😂 😂 😂 Thank you everyone for helping us raise 144% of a our goal so we could give out 134 MEALS! 🙌 Violet and I are so grateful for your love and support. We are SO excited! But SO tired... But SO ready! Thanks for launching Violet's dream -- and you are amazing for helping so many people in need. U ROCK. 🎉 🎉 🎉

✨ THE LAST DAY! Hope you can join the FUN!
💥 CLICK HERE -> rebrand.ly/-HOW-WE-GIVE-kickstarter-video
_

After 3 years, endless nights, and long days, it's finally come.

And I couldn't be more proud of my darling for pursuing her dream and reaching for something beautiful.

I'd be grateful if you can help us KICKSTART this project!

Because every dream needs a cheerleader. :D :D :D

Soft and sexy was never so satisfying — premium T-shirts that take your happiness to a new level! Feb 3: filming in one of busiest places in Taipei. Thx people for watching but please get outta the shot! #pretendblog #shuttingdownximending #letsrockthis

Jan 28: How to stop Zombies like a boss: kick them in the neck! #ouch #stuntmenrock #epicbadassery

Jan 23: the big day at last... And a big thank u to all my dear friends & family near or far. Without you, this day wouldn't be. Violet and I are grateful for all your love through the years and thank u for being apart of our lives! Love u regardless of the distance! #worththewait #solucky #imayhavecried #likealot

Jan 14: stunt days are both awesome and intense (and dangerous). Hats off to all who do it! It ain't easy, but it sure is pretty. #epicness #grateful #pretendblog

Dec 16: it's been a steady diet of mtgs upon mtgs with an extra side of mtgs... and no star wars. BUT, I love it. And it's gonna rock. #pretendblog #letsrockthis #MeetingsWithKickassPeeps

Dec 4: When the heck did it turn december? Happy belated thanksgiving! I am thankful for my storyboard artist, "big snake". Together, we've been taking my drawings-of-suck to become picasso-tacular! :D Long, cold nights, but wanna give the peeps of Asia something special. #pretendblog #beijingnights #LetsRockThis

Nov 20: It snowed today... and I miss my darling. 😕 Didn't get to snap a pic of the snow, but i got this! Looks like Xmas comes early here. 🎅 Ok -- back to pre-pro. #pretendblog #holidayspirit #luvdarlingsooooo

Nov 13th: Long days. At least 16 hours. The team works hard here. Some have gone crazy. But not I. No. I'm strong. We'll make it through, even if it's just you and me, Blue. #pretendblog #beijingnights #SomethingWeirdWithLaptop

Nov 7: preproduction begins. Well, actually it's been going on for weeks now, but it feels official as i wake up in beautiful Beijing. No, that's not fog. That's a nation rising! Okay, enough with the dramatics. ;) Lots to do. So let's rock this! #newday #grateful #pretendingtoblog

Sometimes... journaling reminds me life's not just about career and goals... #grateful #beautifulday

Repped in China. Greenlit for pilot. It's been epic. #Letsrockthis #grateful #Secretproject

I woke up to this this morning... time to go save the world from destruction now. #seriouslylookslikethisoutside #armageddon

Be the first to know and let us send you an email when Rocky Jo posts news and promotions. Your email address will not be used for any other purpose, and you can unsubscribe at any time.

Send a message to Rocky Jo:

Here are 8 quick-hit things about me. In, out, easy breezy:

1. I am an award-winning film director • writer • editor - who has directed for over 20+ iconic brands such as Toyota, Gatorade, the US Marines, Navy, National Guard, and NBA, NFL, MLB teams. I have also worked with 100+ international stars, music artists, and athletes such as: Michael Jordan, Tiger Woods, Peyton Manning, Serena Williams, Usain Bolt, Derek Jeter, and many more. 2. I have also directed 2 international movies - leading crews of over 100+ for: a Chinese romcom LOVESICK (戀愛恐慌症) featuring renowned stars Ariel Lin, Bolin Chen, & Li Yifeng. And in 2016 - the comic book action comedy GUARDIANS OF NIGHT (王牌御史猎妖教室) - for streaming giant IQIYI.COM. As a result, the stunt-heavy action hit went on to earn over 24+ million views. 3. My short films that I've predator'd (produced • directed • edited) have been featured in over 50+ festivals, and garnered more than half-a-dozen awards. 4. I've led video productions in nearly every condition imaginable - from blazing desert 100+ degree heat to freezing mountain thunder storms in soggy wet socks. 5. In Texas, my first start was analyzing scripts, providing script coverage, while assisting multiple producers and creative executives. 6. In L.A., I began as a editor in post. Working my way up to become an in-house director - on huge commercial + digital campaigns for Toyota, Cisco, WebridesTV, SF 49ers, and more. 7. I love waking up every morning during the work week to screenwrite. 8. If I weren't in the industry, I'd work to be an F1 racer or a tech VC, but not a surgeon because real blood makes me weak in the knees. Squibs on the other hand... Specialties: Premiere Pro • Final Cut X • Final Cut • Da Vinci Resolve • After Effects • Photoshop Academic: Dual Degrees in Film Production and Business Other: Black belt in Taekwondo • Mandarin Chinese (conversational)

in Taiwan if you guys ever stop by
福利詢問專線：《1957》 http://1957.moi.gov.tw/
We miss you Rocky! Wish we could see you more often. I know you are always doing great things! God bless you bro!
Rocky! I'm glad that i met you finally again!!! thank you for introducing your great friend Tamaki-san! She is amazing !!!:))♥ I pray that God will protect your travels;)
想要和陳世美一樣，聽見柏霖親自祝你聖誕快樂嗎>///
Rocky!!! I am so happy for you!!!
http://www.taipeifilmcommission.org/tw/MessageNotice/NewsDet/1904
are you a Christian? Coz I saw the movie and the ending song was about Jesus..
Hey Rocky! You were in my office today doing an interview, but didn't get to see me! When I realized it was you, you'd already started the interview, wanted to say hi afterwards but I think you guys went on for too long so I headed out to lunch. But nice having ya! Maybe we'll catch each other next time!
謝謝導演拍了一部好戲 I like it. see u again tomorrow.
Rocky, will your movie swing by Hong Kong?! So proud of you!! xoxoxoxo