This is awesome! Love seeing John’s reaction as he gets a first look at his new memoir Horseshoes and Hand Grenades. He’s excited, we’re excited, don’t you want to be excited too?? Pre-order your signed copy or vinyl bundle now. Don’t miss out!

The Arrangement has arrived and I have to say the cover looks even better in person! Pre-order your copy now and see for yourself

Just two guys hanging out on a Tuesday.
First copies of Horseshoes and Hand Grenades by @johncorabiofficial arrived in office today! (Spader has been here for a while)

Friday vibes.
Strong Ties just arrived in office! Get a copy today to learn how Barclay Simpson built his empire

At booth #169 this weekend for @latimesfob! With our friends @unnamedpress 📚📖
Come say hi and shop our faves!

Anddd it’s pub day for the official Record Store Day book!
Grab yours before the big day comes on the 23rd to learn the history behind the most improbable comeback of the 21st century.

Rare Bird is excited to announce the upcoming release of a new crime thriller, The Fall Girl, by the iconic Marcia Clark.
Signed copies available for preorder now at rarebirdlit.com

@bernardfrommiami is as excited as we are to see The Road Bends arrive in office. You can’t tell from his face but we swear he is absolutely stoked. He says get a signed copy now if you know what’s good for you.

Life in the Stocks Volume 2 is officially here!
Get your signed copy, which includes exclusive interview highlights from rock icons like Gene Simmons, Tommy Lee, Joey Jordison, and Tom Morello (to name just a few).

Intro by the one and only @keithbvckley

Available wherever good books are found.

The Road Bends, a memoir by the legendary bassist of Hanoi Rocks & Joan Jett @samiyaffaofficial, releasing soon wherever good books are found.
Exclusive vinyl audiobook available for limited time with original music composed and played by Sami Yaffa.
Check out reels for a lil sample…swipe left for details

“Nobody loves you like the one who waits.”
Scale, the first novel from @keithbvckley. Unsigned copies still in stock in the RB office.

A fan favorite for a reason.

For the cinephile: Super 8 by Danny Plotnick 🎥🎞

Head on a Pike preorders are shipping this week after finally receiving in office. Thanks to everyone who preordered for their patience.

tonight at 6:30PM PST, in collaboration with @dieselbookstore. @bellathorne discusses her bestselling poetry book with @dani_thorne. head to our Crowdcast to register.

tonight at 6:30PM PST. @bellathorne discusses her bestseller with @dani_thorne. head to our Crowdcast to register for free.

Gaga, Meek Mill, and 26 more albums we can't wait to hear in October

Gaga, Meek Mill, and 26 more albums we can't wait to hear in October

From The War On Drugs to Parquet Courts to a new Lady Gaga/Tony Bennett team-up, these are the fall releases we're most excited about.

When you think of great team-ups in the music world, you usually think of the big hitters: Franz Ferdinand and Sparks, Madlib and Logic, or even esteemed bands like McFly...

Be the first to know and let us send you an email when Rare Bird Lit posts news and promotions. Your email address will not be used for any other purpose, and you can unsubscribe at any time. 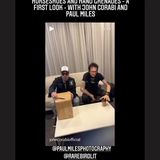 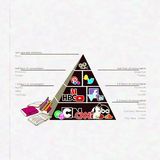