We are a multi-faceted recording studio in the heart of Los Angeles. Discover SoundChef.
https://www.soundchef.net/
#SoundChef

We bring our love for music composition and sound editing expertise to every project we work on.
https://www.soundchef.net/
#SoundChef

We are a premier post sound and music production studio, located in the heart of Hollywood and we’ve been providing outstanding sound experiences for over fifteen years.
https://www.soundchef.net/
#SoundChef

We bridge the gap between your vision and the sound needed to get the impact you want. https://www.soundchef.net/
#SoundChef Soundchef takes your vision and makes it endless. Even if you’re just brewing an idea and don’t know where to start, we can help.
https://www.soundchef.net/
#SoundChef

Music Mixing is the process of carefully blending all the individual elements in a recording to make it sound interesting, pleasing and clear
-
Check out some of our music samples on our website:
https://www.soundchef.net/
-
For you Halloween fanatics, we recommend the suspense category.
#SoundChef
-
#musicmixing #musicproducing #musicproducers #musicmadehere #soundchefmusic #musicislife #moviemusic #commercialmusic #makingmusic #bestmusic #makemusic

Season's Greetings from Soundchef. May your holidays be filled with the sounds of laughter and joy and may your new year be everything you've dreamed of.

One of the long nights recording sessions from the marathon recording in the last five weeks at www.soundchef.net

Perfect timing to be casting a vampire project.

#6. This Week…. Time to talk about Inflection.

Basically, if an actor is sounding flat, the director's request will most likely be... “can you give us a bit more inflection?” which generally translates to “we need a bit more acting”. However, acting may encompass other parts of the ADR tips already mentioned.
So think of inflection as the dynamics of the line to be delivered, the ups and downs. The wider the inflection range and the more different performance “steps” an actor can delivered within that range, the better actor he/she is.
Important to note is that inflection is not associated with projection. One should be able to delivered “more inflection” even at whispering levels. That is the goal.

Pic of the Week (from Instruments room)

Projection is one of the most commonly overseen and/or misunderstood links of great ADR dubbing skills.
So what is projection?
Most people will tell you that to project you have to raise your volume. That is true. Well, half true. They are missing the other half: Pitch.
When you are talking to someone next to you, your volume is usually lower and your pitch is usually lower as well. On the contrary if you are talking to some across the living room, you will raise you volume and your pitch will go up as well (try it, picture you are talking to someone next to you and then someone on the opposite side of a large room. Pay attention to your pitch.
So when do you have to pay attention or use projection?… The answer is always.
A very simple example is, for instance, picture yourself recording an ADR line that was shot in a quiet living room at night and you were talking to someone sitting on a sofa next to you. Soft, low volume, intimate sound, and your pitch is lower.
Now picture yourself talking to someone next to you while walking towards the intersection of a decently busy street. The volume now goes up and you raise your pitch as well, making sure your line is heard, not masked by any of the surrounding sound elements.
Now picture yourself at the same intersection talking to someone that is 100 feet away from you, towards the middle of the block. Notice that your volume will go up along with your pitch.
Try different projection scenarios, pay specific attention to the pitch….

That's it for now
Next week we'll talk about inflection…
Until then,
The Sound Chef

Pic of the week

In previous weeks we talked about rhythm and pitch. So let's talk about melody. “Melody? This is not a song.” Well, actually... it is. Read on...

So you have a rhythm and you have the pitch of each syllable, therefore you do have a melody, sort of speak.
Once you become used to quickly identifying the rhythm and the pitch of a specific line, you can start humming or whistling the “melody” of such line.
Repeat it several times until you have fully incorporated the line to your speech and you can now concentrate on the performance, the emotional part of it.

That's it for now
Next week we'll talk about projection…
Until then,
The Sound Chef

Here comes the first underestimated and most often overlooked element to consider. Ladies and gentlemen: PITCH.

It is of utmost importance that you listen to the line a few times (as mentioned earlier) and, this time, pay attention to the pitch.

In acting, you'll hear the word intonation very often, in other words how the words rise and fall as you speak. Was it a full stop? Did it go down? Or what is a question? was it left hanging up there? You have to be able to identify, and repeat, each and every single syllable's pitch. Again listen as many times as needed before starting nailing the pitch of each syllable of every single word in that particular line or lines. It will do miracles for you.

That's it for now
Next week we'll talk about melody…
Until then,
The Sound Chef

It's medieval times. A peaceful morning. Nuns in the convent. Not far away, the an army approaches. The tension rises. The town is under siege. Tension continues to rise and then... the inevitable bat

Every job in filmmaking requires an immense amount of creativity, but none are quite as entertainingly inventive as that of the foley artist.

Rhythm is so important. It is the fundamental, the core of a well re-recorded ADR line.

If you have a musical background or somehow rhythm is naturally attached to your DNA, somehow free flowing through your veins since you were born, then your are one step ahead.

So how do you apply it? The answer is: Listen, listen, listen...!
Listen to the line to be ADRd several times. Once, is never enough. I would suggest three times at least (unless your line is “Hello” obviously)

Once you heard it a few times, tap the rhythm of the line along while playing the line back. Like you are the drummer in the band playing the melody over the toms completely in sync with the singer.

Once again, tapping is a good way to nail the rhythm very, very fast. Time for a little #throwbackthursday
That time Luke Skywalker came to the studio but sans the light sabor. ;) #vointhebooth #hesamultitalent #goodtimes #lukeimnotyourfather

In lieu of hitting over 300 likes We at Soundchef Post Sound & Music Production have decided to do a weekly blog sharing our most precious tips and tricks. This week we'll dive into ADR.
#educate #sharingiscaring #didyouknow

ADR stands for Automated Dialogue Replacement and it really means: the replacement of the dialogue from the original production sound that was unusable due to several factors.

a) particular noise overpowering part of the dialogue (cars passing, planes, roosters in the bkg, etc),
b) distortion (sound levels too loud, overmodulated – and
c) dialogue masked by other continuous sounds (wind, waterfall, TV/radio, etc) that becomes unintelligible
d) The director chooses to add or change a line

These tips are targeted to actors to become skilled ADR dubbers and to engineers to know what to look for and guide the talent when running an ADR session. Often, we have the movie director knows what he/she wants for his/her movie but in general doesn't know how to achieve a good ADR recording.

That's where we come in:)

Between the ADR Supervisor and the ADR recordist in most cases are primarily concerned with A) the line was recorded and accounted for B) the levels are good, C) everything syncs up (or is good enough for the ADR editor to fine tune the sync) and D) we have a safety back as well.

And yet at the movie - we hear very often
“I could notice all the ADR lines...” Which is not good.

So what gives? What's missing? And how do we “re-create” it??

Hopefully actors and ADRs engineers - pros and newbies – and ADR supervisors can benefit from this series of tips.

Without further ado, here is tip # 1

So the very first tip is to “picture yourself at the original production site”.

Start understanding that recording in a very comfortable and quiet environment such as in an ADR stage, will give you a very different perspective and feel than when you actually did it at the production site.
If it was windy or breezy at the time the movie was shot, feel that wind, talk through it. Was there traffic at the scene? Hear that traffic, hear the cars passing, honking and all its revving up noise. Were there birds? picture the birds surrounding you, the crickets, the wind caressing the foliage.
Once talent starts adjusting their performance according to the environment. It will do miracles, also known as the magic of sound:)

Next week we'll start #2, ADR basics.
We'll talk about rhythm
Until then
The Sound Chef :)

Prepping for a recording session that's about to go down. Studio A in full effect. Happy Hump Day :)

Thanks for 17 great seasons. We'll be back for another. http://bit.ly/1WUFz7n

Have a great Memorial Holiday and enjoy the 3 day break. See you on the other side.

getting ready for the recording session...

Getting ready for a recording session...

Pics from the mix

Pics from the mix... 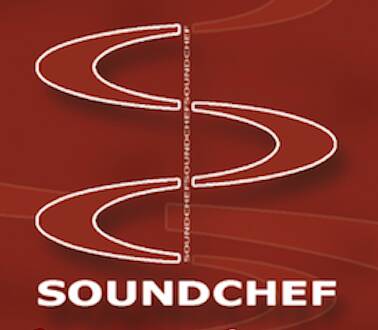 Be the first to know and let us send you an email when Soundchef Post Sound & Music Production posts news and promotions. Your email address will not be used for any other purpose, and you can unsubscribe at any time.