Specsavers - Out of Order

Never too soon to check your vision :)

A cautionary tale from director Uncle Friendly for AAMI.

Happy to welcome Tom Brown to the Interrogate family.

“Having honed his craft working at the finest post-production houses in Soho, London, Tom Brown has already earned a reputation as a dynamic director whose forte includes comedy and action.

A childhood spent creating music videos and a decade in the world of post-production prepared Brown to dive in head-first and take over when a director needed an immediate stand-in. His fluency across VFX, writing and storyboarding, and passion for kinetic camera work quickly cemented Brown as a director to watch.”

The Fines direct a heartfelt 20th anniversary tribute to the story of Ladder 5 and 9/11 first responders.

We are very proud and excited to share the work of our mentor from the CDDP Commercial Directors Diversity Program, Araeia Robinson. In collaboration with Saatchi & Saatchi for this Sony spec commercial and to thank our wonderful partners Cosmo Street Editorial.

New work by Ole Peter's for Jefferson's Bourbon and Tombras.

"Aged at the Mercy of the Sea embodies the brand’s adventurous and pioneering mindset, and captures the essence of Jefferson’s unique approach to the whiskey aging process."

Growing the family one uncle at a time: Uncle Friendly welcome to Interrogate.

Weerheijm grew up surrounded by movies of every genre, and soon began experimenting with telling stories through moving images, filming everything around her.

Getting back into going out. A new film from Ric Cantor for Dos Equis and SID LEE.

This is "Dos Equis - Pre Game 30"" by Ric Cantor on Vimeo, the home for high quality videos and the people who love them.

The Book That Will Change Your Life... and win you awards. Congrats to Samir Mallal for his Integrated Grand Prix winning work for Ikea and MemacOgilvy

HBO Max announces the upcoming release of LFG from The Fines!

We are very excited to be working with this fine gentleman Mr. Ric Cantor.

Cantor joins the acclaimed production company having carved out a successful career across commercials, television and film.

Academy Award-winning filmmakers The Fines create an I'm-not-crying-you're-crying tribute to the differences being made in the lives of our furry loved ones. Created by Pinnacle Advertising for American auto accessory manufacturer WeatherTech, the 30-second spot “Lucky Dog” aired during the second quarter of the SuperBowl. #superbowl #payitforward #PetsMakeaDifference

Scout beat cancer, and now WeatherTech has made a high-profile "thank you" to his doctors. 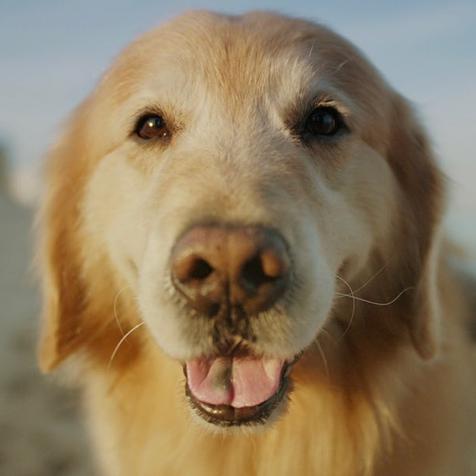 “An ad will air in the middle of Super Bowl 54... that is both incredibly simple and extremely excellent. It’s about a dog who beat cancer, and it’s a big thank to the veterinarians who made survival possible.” - SBNation

Directed by the Fines.
#payitforward #superbowlsunday

“An ad will air in the middle of Super Bowl 54... that is both incredibly simple and extremely excellent. It’s about a dog who beat cancer, and it’s a big thank to the veterinarians who made survival possible.” - SBNation

Directed by Jamie Travis for the gang at Leo Burnett.

Courage and the right tools—the new creative showcases everything you need to win in the new Nintendo Switch game.

Jamie Travis directs a new spot for Luigi's Mansion 3. As expected, the spooky Halloween release is not only a standout as one of the best games on the Switch for a variety of reasons, it's easily fileable into the "game of the year" contender pile.

Luigi's Mansion burst on to the scene in 2001 for the beloved Gamecube and found a home as yet another stellar hit in Nintendo 's library...

The Ikea Catalog Has the Answers to Life, the Universe and Everything in This Funny Ad

Samir Mallal directs an inspiring new piece of work for Ikea's catalog that has long inspired new approaches to organizing your dishes, linens, toys, Berglubbs and Fjällas. But what if it also contained the secrets to taking control of your entire life, including your relationships and insecurities?

Two schoolgirls find common ground despite their different cultures in this spot for ApsaraPearl. At Interrogate, Mallal will continue to craft stories across various formats.

The Fines direct Verizon campaign with Jamie Foxx, Constance Wu, Actor-Viner-Comedian, Alphonso McAuley, and themselves. Jamie Foxx shares about his first call after winning best actor. When something amazing happens, who do you #ShareTheMoment with? #RealGoodReasons

The Fines direct Verizon’s social media campaign for tonight’s show. Ads with Jamie Foxx, Crazy Rich Asian’s Constance Wu, Actor, Viner, Comedian, Alphonso McAuley, and an ad featuring themselves;
Award-winning documentary filmmakers, Sean and Andrea Fine share the story of the first call they made after winning for Best Documentary Short. When something amazing happens, who do you #ShareTheMoment with? #RealGoodReasons

Things Are Just Fine At Interrogate... 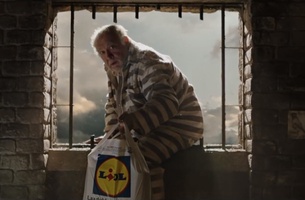 Your Shot: The Festive Film Magic of Lidl’s Christmas Behind Bars | LBBOnline

Your Shot: The Festive Film Magic of Lidl’s Christmas Behind Bars | LBBOnline

Little Black Book, Your Shot: The Festive Film Magic of Lidl’s Christmas Behind Bars. Director Misko Iho on the creative decisions that went into one of this year’s most filmic Christmas ads

Be the first to know and let us send you an email when Interrogate posts news and promotions. Your email address will not be used for any other purpose, and you can unsubscribe at any time.

Send a message to Interrogate:

Specsavers - Out of Order

new work for Specsavers from Interrogate director RIC CANTOR
“Bargain Regret” a cautionary tale from Interrogate director UNCLE FRIENDLY for AAMI
Interrogate signs TOM BROWN to the US roster, as reported by shots.net
Thanks to Varsha Dan Bell Casting and Interrogate Films New spot for Ameriprise Financial #Icanmakethiswork
acclaimed directing duo THE FINES of Interrogate direct a heartfelt 20th anniversary tribute to the story of Ladder 5 and 9/11 first responders for Chevrolet + the Army-Navy football games played in Baltimore, Maryland, USA
On September 11, 2001, Firefighter Craig Monahan hopped in his 1992 Chevy Silverado, and rushed to Ground Zero. The story of how his pickup truck became the Ladder 5 firetruck that day is told in this new and inspiring piece for Chevrolet. Our gratitude to Chevy Trucks and Commonwealth//McCann for inviting us to be a part of bringing this story of strength & perseverance into homes across the country. Production Company: Interrogate Director: The Fines Editor: Louis Lyne, Cutters Mix: Josh Condon, Another Country Color: Eric Maurer, Flavor Finish: Ann Allen and Steve Sweik, Flavor #cuttersstudios
NEW WORK: latest for Dos Equis out of Sid Lee from Interrogate director RIC CANTOR
Interrogate director BART TIMMER took home Top 10 honors in ‘Film Craft: Direction’ at this year’s Berlin Commercial x BFFF for his adorable ‘Frummel’ spot out of Czar Amsterdam for Staatsloterij 🏆
filmmaker MARIT WEERHEIJM joins the Interrogate roster of award-winning talent for U.S. representation. her work across advertising + film is powerfully human, character-driven, and organically profound. read the announcement in shots.net
Dos Equis celebrates our beautiful, awkward return to the real world. New work directed by Ric Cantor and edited by Laura Sanford. . . Directed by Ric Cantor // Interrogate Edited by Laura Sanford // #arcadeedit Created by Sid Lee
latest from Interrogate director RIC CANTOR for Dos Equis out of SID LEE is featured on Best Ads on TV
HBO Max announces the upcoming release of ‘LFG’ from THE FINES of Interrogate