The official home of ASIA MINOR PICTURES and the Parlapanides Brothers. Produced credits include EVERYTHING FOR A REASON, IMMORTALS, DEATH NOTE and BLOOD OF ZEUS.

It's nice to see BLOOD OF ZEUS at #9 on this list! #Bloodofzeus #powerhouseanimation

Here's a great piece on the 10 year anniversary of IMMORTALS. https://www.pastemagazine.com/movies/immortals-tarsem-sublime-style/

Tarsem's sublime Immortals solidified his place in the stylist's pantheon a decade ago.

We're so lucky to have been a part of this podcast. Please check it out, the hosts are amazing & deeply entrenched in the classics. (they're all PHDs or PHD candidates) #MoviesWeDig #BloodofZeus #ClassicalReception Also subscribe to their podcast, it's great @dig_movies & follow them on twitter.

“Super special episode! Joined by return guest @Archaeadne, we sit down with Charley & Vlas Parlapanides, creators of @BloodofZeus (animated by @powerhouseanim) on @netflix, to dig into the inspiration behind the show and adapting myth to modern anime. https://t.co/xmmdqqOudM”

A free bi-monthly newsletter sharing the most fascinating news from throughout the Greek diaspora, curated and published with love in California by U.S.-born Greeks. 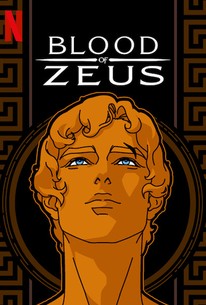 If you’ve seen BLOOD OF ZEUS please rate it on Rotten Tomatoes and IMBD. You can use your FB profile to log in and vote. Here is the link for RT: https://www.rottentomatoes.com/tv/blood_of_zeus/s01 And down below we’ll post the link for IMDB. Thank you! #BloodofZeus

Synopsis:Rotten Tomatoes, home of the Tomatometer, is the most trusted measurement of quality for Movies & TV. The definitive site for Reviews, Trailers, Showtimes, and Tickets

Look at the amazing design work by Powerhouse Animations! Simply the best!

If you haven’t read my previous article talking about Netflix’s new anime based on Greek mythology, I highly recommend you go check that out before you read this review. Or I can just r…

Who would win this battle of mortals, demigods, heroes and Olympians? And who is your favorite? #bloodofzeus #powerhouseanimation

EVERYTHING FOR A REASON has a summer love vibe that is fun, welcoming, and youthful - Behind The Lens

This is from our first film, EVERYTHING FOR A REASON, which premiered at the AFI International Film Festival, many years ago. Some of you may be familiar with the American Film Institute and their top 100 films of all time. They are a great organization and run an amazing film festival each fall, here in LA. Also, love this review because the critic, the great Debbie Lynn Elias, is local to the area and got some of the regional references!#EFAR #AFIFEST God, I miss film festivals.

An absolute charmer with heart, humor, the Jersey Shore, and plenty of local Jersey/Philly touchstones.

We're proud that #BLOODOFZEUS will be part of the Hellenic Film Society's celebration of 200 years of Greek Independence! It's an online film festival that runs from March 19 - 28. Films & interviews will be part of their presentation. Check it out! https://hellenicfilmusa.org/

Audience reaction cards from the Durango Film Festival. EVERYTHING FOR A REASON (2020) #EFAR

Fast Five with the Parlapanides Bros (Blood of Zeus)

Enjoy a bumper episode of fast Five Question with the writers and producers of the hit Netflix anime, Blood of Zeus. Ever wondered who would win in a fight b...

Composing Music for Blood of Zeus

A look into the amazing score of BLOOD OF ZEUS! Paul did an amazing job!!! #BLOODOFZEUS #SCORE #COMPOSER https://www.youtube.com/watch?v=VhNJeRtt_64

So thankful for the support the Greeks have shown us. We are so glad they enjoyed #BLOODOFZEUS Thank you Athens Hot Spots! https://www.athenshotspots.gr/2020/11/parlapanides-brothers-blood-of-zeus.html Straight outta Central Regional High School in Bayville, New Jersey, brothers Charley and Vlas Parlapanides have been making their mark in movies for a decade and have the animated ancient Greece feature 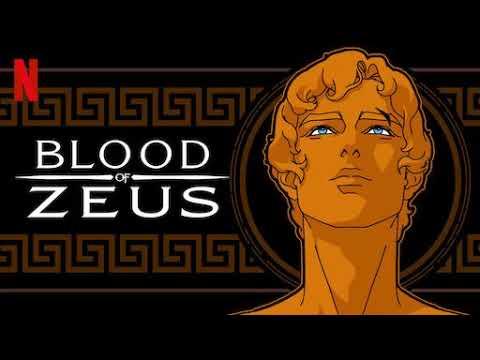 'Blood of Zeus' creators Charley and Vlas Parlapanides talk about how their reimagined Greek mythology epic made its way to Netflix. Do you want to see Seaso...

Blood of Zeus with Charley and Vlas Parlapanides – Interview

We spoke to the creative brothers about their work on Blood of Zeus, how it began, and where it will go should Netflix greenlight another season.

We love Seraphim, he’s one of our favorite characters. Voiced by the amazing Elias Toufexis, he and our amazing animators, brought him to life!!! How cool is this stuff?

The Gods of Olympus

Take a look inside building the world of the Greek gods for the Netflix Original Anime series, BLOOD OF ZEUS.

"We couldn't even get a meeting." How 'Blood of Zeus' became a Netflix hit

"We couldn't even get a meeting." Brothers Charley and Vlas Parlapanides reveal the cultural influences that made Netflix's newest anime a hit.

A look into the making of the Five Rivers in the Underworld. (#BloodofZeus)

Here's an inside look into the making of the Five Rivers of the Underworld!

Netflix's Blood of Zeus // Interview with the Creators

We had a blast talkin’ BLOOD OF ZEUS with a couple of Jersey guys! Check it out!! But please note we did discuss SPOILERS! #bloodofzeus #Spoilers https://youtu.be/LWa-GIFBZD0

Blood of Zeus, is an original anime-style television series created by Charley and Vlas Parlapanides for Netflix. Produced by Powerhouse Animation Studios, t...

A Netflix anime series inspired by Greek mythology has its roots in New Jersey.

Be the first to know and let us send you an email when Asia Minor Pictures posts news and promotions. Your email address will not be used for any other purpose, and you can unsubscribe at any time.

The Gods of Olympus 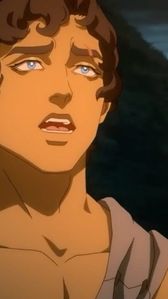 The one and only Mickey Rourke...

The Parlapanides Brothers are a writing team that have projects in development at Universal Pictures, Warner Brothers, Columbia Pictures, Paramount Pictures and Netflix. Their first produced studio film, IMMORTALS, opened up at #1 at the worldwide box office (both domestic and foreign) and earned over $250 million dollars globally. It starred Henry Cavil (MAN OF STEEL), Mickey Rourke (THE WRESTLER), Freida Pinto (SLUMDOG MILLIONAIRE) and John Hurt (TINKER, TAILOR, SOLDIER, SPY). It earned three Saturn Award nominations including one for “Best Fantasy Film.” In 2017, Netflix released their adaptation of the best selling manga, DEATH NOTE, directed by Adam Wingard (THE GUEST). The film starred William Dafoe (PLATOON), Nat Wolf (PAPER TOWNS) and LaKeith Stanfield (ATLANTA). It became the most viewed Netflix Original production in the company’s history.

The brothers have also recently segued into television and sold original pitches to ABC, CBS, FOX, A&E and Netflix. They recently completed a miniseries about Medal of Honor recipients for Vin Diesel (THE FAST AND THE FURIOUS) and have set up another original idea at A&E that Michael London (SIDEWAYS) is exec producing. The animated series they created, GODS & HEROES, is currently in production at Netflix and will air in the 4th quarter of 2020.

They previously wrote, directed and produced the indie comedy EVERYTHING FOR A REASON, which premiered at the AFI International Film Festival and was acquired for distribution by The Shooting Gallery (SLING BLADE, YOU CAN COUNT ON ME).

Before writing professionally, Vlas worked on Oppenheimer's Foreign Equity Desk while Charley worked as an assistant to producer, Scott Rudin. The brothers are a part of a large Greek-American family and originally hail from Seaside Park, NJ. Both brothers studied Economics and Theatre in College. Vlas graduated from Villanova University while Charley graduated from Swarthmore College and Loyola Law School.