THE REMAKES MARKET offers a a boutique-scaled opportunity for platforms, producers and agents to take a first look at an expertly curated selection of the international market’s most promising concepts,

Organized in partnership with the China Television Drama Production Industry Association, the next edition of THE REMAKES MARKET CHINA will take place from 6 to 8 December 2015, at the five-star

THE REMAKES MARKET offers a a boutique-scaled opportunity for platforms, producers and agents to take a first look at an expertly curated selection of the international market’s most promising concepts,

Organized in partnership with the China Television Drama Production Industry Association, the next edition of THE REMAKES MARKET CHINA will take place from 6 to 8 December 2015, at the five-star 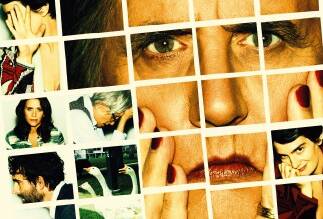 Fresh off its Emmy wins, the SVOD provider is set to bow six original series featuring some Hollywood heavy-hitters in front of, and behind, the camera.

Following last year's successful launch of THE REMAKES MARKET China, we would like to bring to your attention the 2015 edition to run from December 6 - 8, in Shenzhen.

LONDON -- Leading international television production and distribution companies Banijay Group and Zodiak Media have agreed to unite their catalogs and production units. With revenues of around $1 ...

Get an early jump on DISCOP Africa Johannesburg 2015 and register now!

DISCOP Africa Abidjan is now just a couple of weeks away. Make sure you're registered.
#mydiscop

The 10th edition of DISCOP AFRICA will take place from 2 to 4 June, at the SOFITEL IVOIRE Hotel in Abidjan, Cote D’Ivoire. 40 X international SELLERS representing global and regional, veteran and fast-rising,...

MTG Africa's CEO Joseph Hundah talks about the potential for television broadcasting in sub-Saharan Africa and the challenges of digital migration.

Netflix chief content officer Ted Sarandos revealed that the streaming giant is planning to create and launch "around 20″ original scripted series per year — putting it far ahead of major networks in terms of content generation.

Season 3 of the TV series about a rebel schoolteacher will stream on Netflix shortly after its TV broadcast.

The Remakes Market China is happening right now and it's going excellent. Business is being made. Take a look below.

HOME TO THE INTERNATIONAL ENTERTAINMENT COMMUNITY

Registration for THE REMAKES MARKET China is still open.

For Warner Bros. and other U.S. studios, the international TV-licensing bazaar has never been more lucrative.

Make sure you tune into our DISBOOK TV channel to watch footage from DISCOP Africa 2014! http://buff.ly/1wCbLgM

This channel features all DISCOP related news and events.

Wonder who is behind DISCOP Africa? Meet us here: http://buff.ly/1qVvoJC

Established 25 years ago, BASIC LEAD, the organizers of the DISCOP Markets and the DISCOPRO program, is an event production and marketing agency specialized in the commerce of entertainment content across...

Amazon is a rising star in Hollywood

Amazon is a rising star in Hollywood.

Det. Harry Bosch walks down the drab, gray corridor of the Hollywood division of the Los Angeles Police Department .

Diversity of the African World on display at Africa World Documentary Film Festival | Marketing and Communications Office, The University of West Indies at Mona

September 5, 2014 - Fans of the cinema will be in for a special treat when the Faulty of Humanities and Education, University of the West Indies, Mona hosts the 7th E. Desmond Lee Africa World Documentary...

Want to see who's makes DISCOP Africa?? Meet us right over HERE: http://buff.ly/1B2fUeO

Established 25 years ago, BASIC LEAD, the organizers of the DISCOP Markets and the DISCOPRO program, is an event production and marketing agency specialized in the commerce of entertainment content across...

THE REMAKES MARKET launches a franchise for China.

Few would deny that in China, contemporary television is undergoing a considerable growth spurt in original programming based on winning concepts from abroad.

Broadcasters, second tier channels, premium cable networks, independent producers and now streaming services have renewed the importance of foreign scripted and unscripted episodic programming to secure even bigger audiences in a marketplace that is forecasted to be the biggest for television content businesses worldwide.

In this vibrant context, the CHINA TV DRAMA PRODUCTION INDUSTRY ASSOCIATION (CTPIA) has decided to welcome foreign sellers of TV series, dramas, and formats remakes properties to their next annual convention (Shenzhen / 15 to 17 December 2014) and invite them to take part in THE REMAKES MARKET CHINA, a parallel networking program aimed at CPTIA members in search of innovative remakes material from abroad to include decision-making level commissioning, programing, production executives and agents.

The CPTIA convention will be held at the 5-Star WUZHOU GUEST HOUSE and THE REMAKES MARKET CHINA program will feature live and simultaneously translated presentations of foreign remakes properties, as well as pre-organized meeting sessions between adaptation rights buyers and sellers.

A bilingual catalog (Chinese / English) profiling the remakes properties, presented at THE REMAKES MARKET CHINA, will be electronically mailed to CPTIA members in prior to the annual convention in order to facilitate the advance planning of these meetings.

Do you have questions about DISCOP Africa? Then contact us at http://buff.ly/1yZjT98

We'll give you answers.

Launched in 2010, The Remakes Market focuses on episodic television material with strong international adaptation potential. Screenings and presentations of original pilot episodes from around the world are planned enabling qualified adaptation rights buyers to view a range of classic and modern TV series, Dramas and Formats chosen for their strong potential for local development.

“By staying focused on China and the Americas, The Remakes Market delivers the most important world regions for adaptation rights business,” said Patrick ZUCHOWICKI, General Manager at Basic Lead. He continued, “With such a revamped purpose, The Remakes Market offers a boutique-scaled opportunity for platforms, producers and agents to take a first look at an expertly curated selection of the international market’s most promising concepts, making it a must-attend event for Chinese, North and South American adaptation rights buyers.”

Organized in partnership with the China Television Drama Production Industry Association, the inaugural edition of The Remakes Market China will take place from 15 to 17 December 2014, at the five-star WUZHOU GUEST HOUSE in Shenzhen, a town located two and half hours away by train from Hong Kong International Airport.

150+ adaptation rights buyers representing broadcasters, producers, new media players and agents who drive television content business in China are expected to take part. 25+ international adaptation rights sellers are expected to take part in a two-day program that will include fast-track remakes properties presentations as well as pre-scheduled meetings between interested buyers and the properties’ owners.

“We are excited to partner up with Basic Lead to launch The Remakes Market China and invite to China the world’s leading adaptation rights sellers,” says Michael MU, speaking on behalf of the China Television Drama Production Industry Association, adding, “China has undergone a considerable growth spurt in original programming, with broadcasters, premium cable networks and now streaming services successfully importing proven concepts from around the world.”

The next edition of The Remakes Market Americas is also announced to take place from 15 to 19 May 2015, at THE STANDARD on Sunset Boulevard during the LA Screenings. Original pilot episodes from around the world, dubbed or subtitled into English, will be screened, enabling a host of US and South American adaptation rights buyers to view a range of TV Series, Dramas and Formats chosen for their strong potential for local development.

Moviegoers have been racing to Paramount's "Teenage Mutant Ninja Turtles," propelling the wisecracking terrapins to an opening weekend as high as $60 million at the U.S. box office, although Paramo...

These Are The Best 'Walking Dead' Spoilers That You'll Actually Want To Read http://buff.ly/1sDkT1u

It may not be time to riot just yet. There has been a lot of speculation about what will happen in Season 5 of "The Walking Dead," and now we finally have some answers. Executive producer Gale Anne Hurd...

Following the success of its original formula, THE REMAKES MARKET will now target China, a marketplace forecast to soon be the biggest in the world for television content business, and where demand for foreign scripted and unscripted TV show concepts is set to continue to increase dramatically. Indeed, Chinese networks are now ready to embrace the value of Western know-how and the second tier of Chinese TV channels will soon join the market for imported Drama, TV series and Formats concepts.

LOS ANGELES: Basic Lead is relaunching The Remakes Market with two events, one targeting China and the other focused on the Americas.

Be the first to know and let us send you an email when THE REMAKES MARKET posts news and promotions. Your email address will not be used for any other purpose, and you can unsubscribe at any time.

Send a message to THE REMAKES MARKET:

Traditional demonstration in front of The Andaz / 2nd day of t...