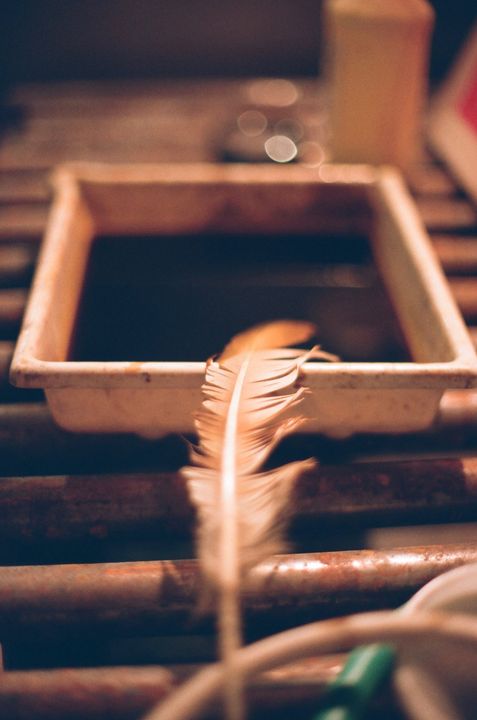 techniques and projects from the shop

techniques and projects from the shop

The shop has moved a few doors north on broadway. Ill have updated pictures and projects soon. A much better space that Im really excited to share.

Young Shepherd Surrendered To High Kill Shelter With His Favorite Toys, Cries Before He Sleeps

Young Shepherd Surrendered To High Kill Shelter With His Favorite Toys, Cries Before He Sleeps

It took a little over two months for Jordy’s family to decide once and for all that they didn’t want to make him a part of their lives anymore. And so on one sunny, California afternoon, they rounded up all his toys, some food, and his favorite blanket, and surrendered him to the Carson Animal Sheph...

Thanks for the darkroom time Rich!

The Sound We See: Lisa mart & Paolo Davanzo at TEDxUCLA

The Sound We See: Lisa mart & Paolo Davanzo at TEDxUCLA

Paolo Davanzo and Lisa Marr are filmmakers/musicians/writers/educators whose work is a catalyst for creative collaboration and positive social change. They t...

The Metabolic Studio would like to thank the veterans for their service--and we pay our respects to all those who have sacrificed for the greater good.

As the predominant print method in the 1850s-1890s, the albumen print process introduced the rise of the great industrial photographic houses. Egg whites wer...

Don’t miss the Met’s first exhibition devoted to one of the greatest portraitists in the history of photography, Julia Margaret Cameron. Her vivid portraits are on view through Sunday. See works in the exhibition on our website: http://met.org/1jnfOsR

Andi Arnovitz
ACID! series
Etching, Aquatint, Sugar Lift, Spit-bite
2013
Andi Arnovitz was born in Missouri in 1959 and immigrated to Israel in 1999. Arnovitz has been featured in Exhibitions and Magazines around the world, and has work in collections in the United States, Europe, and Israel.

Avital Cnaani
Black Fields series
Scraped Aquatint
2012
Avital Cnaani was born in 1978 and currently lives and works in Tel Aviv. Cnaani has had work displayed in galleries and museums in countries all around the world including the United States, Germany, Korea, Taiwan, and Israel.

Our next opening is right around the corner! Our Student Invitational exhibit opening is next Thursday from 5-8:30 pm.

Some of our students with their work! 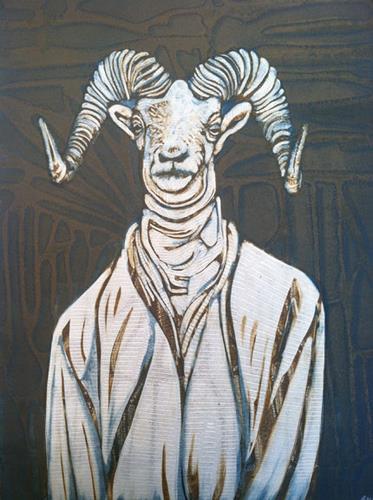 This monotype is one of many prints showing in this month's South African Voices exhibit, which opened on Jan. 2. Please come take a look at this fantastic show this weekend!

See more #winterwonderland photos from the collection on the Dodge & Burn Tumblr: http://bit.ly/DodgeBurn

Sign up now for next week's Combat Paper NJ workshop at Pyramid Atlantic! Registration link is below!

While Dad is drawing the digital camera went missing...
These are some of what came back with the camera.

While Dad is drawing the digital camera went missing...
These are some of what came back with the camera.

shaking off the cobwebs

shaking off the cobwebs

Be the first to know and let us send you an email when Untitled Prints & Editions posts news and promotions. Your email address will not be used for any other purpose, and you can unsubscribe at any time.

Vincent reads chapters 1 and 2 from his new book.

Founder and master printer Richard Nielsen opened the doors of Untitled Prints & Editions, https://www.untitledprintsandeditions.com/, (UP&E) in January of 2011 in order to provide a physical interface for the community at large to investigate collaborative printmaking. UP&E’s seeks to focus attention on the art of printmaking akin to what legendary June Wayne of The Tamarind Lithography Workshop (http://tamarind.unm.edu/archives.html) (Tamarind) began in 1959 in Los Angeles. Due to the overwhelming popularity of offset printing, when June began Tamarind there were no true American collaborative lithographic master print makers and Tamarind was created to “rescue” the dying art of lithography.

For over a decade up until 1970, and fully funded by the Ford Foundation, Tamarind provided extensive, high-quality training to printers, mainly through pairing them with established artists who were invited for two weeks at a time to make prints, often their first. Tamarind reached thousands of artists from all over the world through these collaborative efforts and its’ success can be pointed to as an example of the importance of the nonprofit community print studio. Even more prominently felt today with the rise of digital technologies, the art of the printed collaberation has been slowly losing ground over time, making UP&E efforts, like Tamarind was in its’ day, an important institution in Los Angeles.

Because with the relocation of Tamarind to New Mexico, the blue chip status of Gemini G.E.L., [there are a number of highly successful first generation for profit spin offs of Tamarind in Los Angeles including Ken Tyler’s Gemini G.E.L. (http://www.geminigel.com)], Richard Nielsen, a second generation spin off (his Emily Carr College of Art and Design professor Bob Evermon was a graduate of Tamarind), seeks to follow in the original Tamarind model and organize UP&E as a nonprofit community print shop.

UP&E is designed as an publicly accessible, free of charge, collaborative workshop for the underserved arts and creative population, young and old, experienced or simply curious. UP&E is providing a community service, a continuation from what was established by Tamarind, of connecting artist* and creative minds with the public, in a multi-disciplinary printmaking studio designed to provide inspiration to all who seek new forms of creative, collaborative expression.

CALL TO ARTISTS! Submissions are now being accepted for the 13th Annual California Centered: Printmaking Exhibition, which will show at the Merced Multicultural Arts Center. Entry deadline is March 9th, 2019! Click on the link below...