The deal will keep Super Bowl-winning quarterback Matthew Stafford with the team through 2026.

The deal is reportedly for $160 million, of which $135 million is guaranteed, and will keep the Super Bowl-winning quarterback with the team through 2026

What were USC's season highlights and lowlights? Who's leaving, who might be gone, and who is coming to the Trojans?

What were USC’s season highlights and lowlights? Who’s leaving, who might be gone, and who is coming to the Trojans?

In a 12-year career that had been spent entirely with the Dodgers, Kenley Jansen has a 2.37 career ERA with 1,022 strikeouts and 350 saves.

The Ducks’ winless streak reaches six consecutive games with a 3-0 loss, with defenseman Hampus Lindholm perhaps on his way out soon.

Utah outscores the cold-shooting Clippers 41-14 in the second quarter and coasts to a victory. The Clippers fall below .500 for the first time since Feb. 17.

Utah outscores the cold-shooting visitors 41-14 in the second quarter and coasts to a 121-92 win, dropping the Clippers below .500 for the first time since Feb. 17.

Freddie Freeman never expected to leave Atlanta. But he felt ignored and ultimately “blindsided” and “hurt” by the only team he’d known. The Dodgers looked like a pretty good alternative.

The Dodgers’ latest big acquisition arrived at camp for the first time Friday after his free agency came to an unexpected conclusion.

LeBron James scored 19 of his 36 points in the fourth quarter and overtime while Russell Westbrook added a triple-double performance and a huge 3-pointer late in regulation as the Lakers earned their first road win since Jan. 25.

James scored 19 of his 36 points in the fourth quarter and overtime, Westbrook has a 22-point triple-double and both hit big shots late as the Lakers earn their first road win since Jan. 25.

UCLA’s Peyton Watson ready to step up in NCAA Tournament

The 15th-seeded Cal State Fullerton Titans hang tough for much of the first half, but the size, speed and athleticism of the No. 2 seed Blue Devils proves too much.

The 15th-seeded Titans hang tough for much of the first half, but the size, speed and athleticism of the No. 2 seed Blue Devils proves too much in a 78-61 defeat.

Dodgers pitcher Clayton Kershaw faced five hitters in his first outing of the spring. It followed months of questions about his health and where he might be pitching this season.

Kershaw faced five hitters in his first outing of the spring. It followed months of questions about his health and where he might be pitching this season.

A victory for the Titans would end the historic career of Duke coach Mike Krzyzewski.

USC bows out early in NCAA Tournament loss to Miami

USC dug a deep hole in the first half, rallied to open the second. In the final minute USC erased another deficit, tied the game at one point and had the ball with a chance to win. It was a painful loss for the Trojans.

The No. 7 seed Trojans dig themselves out of an 11-point halftime hole, but the No. 10 seed Hurricanes hold them off for the first-round upset in Greenville, S.C.

Kings and Golden Knights face off Saturday in their final game prior to Monday afternoon’s trade deadline.

Former Mets star, coming off a live BP session, says his stuff is more ‘crisp’ than it’s been at other points in his rehab from Tommy John surgery

Ducks’ Jamie Drysdale steps back to take a step forward

Ducks’ Jamie Drysdale steps back to take a step forward

Coach Dallas Eakins sat the 19-year-old rookie defenseman, whose game looked out of sorts, with instructions last week to watch from the press box.

The inspirational return of Carson Fox.

The sophomore raced the 100 meters during a track meet against Corona del Mar on Thursday.

The No. 7 seed USC men’s basketball team faces No. 10 seed Miami in the opening round of the NCAA tournament at 12:10 p.m. Friday in Greenville, South Carolina. Follow along with beat writer Adam Grosbard for updates from pregame through postgame interviews. #NCAA

The No. 7 seed USC men’s basketball team faces No. 10 seed Miami in the opening round of the NCAA tournament.

Alex Edler, out since suffering a broken ankle on Dec. 12, helps the Kings avoid being swept in the four-game season series against San Jose with a victory.

Edler, out since suffering a broken ankle on Dec. 12, helps the Kings avoid being swept in the four-game season series against San Jose with a 3-0 win.

Campbell scores eight consecutive points during a 15-4 closing run that rallies the fourth-seeded Bruins to a victory.

Campbell scores eight consecutive points during a 15-4 closing run that rallies the fourth-seeded Bruins to a 57-53 victory. UCLA will face No. 5 seed St. Mary’s on Saturday.

‘We’re playing college basketball itself,’ Fullerton coach Dedrique Taylor says of the 15th-seeded Titans’ first-round game against Mike Krzyzewski and the No. 2 Blue Devils on Friday.

Alexander: Freddie Freeman to Dodgers reconfirms what we already knew

Columnist Jim Alexander, on how the Dodgers' latest splashy move reminds us of what we already knew: While other MLB clubs are racing to the bottom, the Dodgers continue to aim for the top.

While other MLB clubs are racing to the bottom, the Dodgers continue to aim for the top, as they proved again by adding yet another MVP to their roster.

Akron keeps the first round game close with UCLA in the first half.

The Bruins are listed as the fourth seed in the East Region. They are also one of seven ranked teams in that part of the bracket, along with Baylor, Kentucky and Purdue.

There has been speculation the 23-year-old left wing, who says ‘it’s part of the business,’ could be on the move as part of a needed change of scenery

When a friend texted Trea Turner about the Dodgers signing Freddie Freeman, Turner simply responded, “The Monstars.” The latest super team in L.A. must be making the rest of MLB green with envy on St. Patrick’s Day.

The signing of the free-agent first baseman gives the Dodgers the potential of fielding All-Stars up and down a loaded lineup.

Even after last year’s Elite Eight run, the Trojans feel like they aren’t getting any respect going into Friday’s first-round game against the Hurricanes

Clippers, though not a team to complain, could do without play-in

Lue's approach has been to face all challenges and not complain about them, but …

Lue’s approach has been to face all challenge and not complain about them, but …

Bradley, 29, has a 3.09 ERA in five seasons as a big-league reliever, including a 3.71 ERA with the Philadelphia Phillies last season.

UCLA coach Mick Cronin signs a new contract that will keep him in Westwood through the 2027-28 season.

Vogel says the team's caring level remains high and the horrible first quarter shooting may be related to putting too much pressure on themselves.

Vogel says the Lakers’ care level remains high and thinks the team may be pressing early in games.

Khalil Mack isn't overly talkative, but the Chargers' new addition makes it clear he wants to show he's still one of the game's best edge rushers.

Mack isn’t overly talkative, but he makes it clear he wants to show he’s still one of the game’s best edge rushers.

Precious Achiuwa blocks Marcus Morris Sr.’s 3-point attempt with 1.3 seconds left as Toronto wins its fifth in a row and drops the Clippers back to .500.

Precious Achiuwa blocks Marcus Morris Sr.’s 3-point attempt with 1.3 seconds left as Toronto wins its fifth in a row, 103-100, and drops the Clippers back to .500.

Be the first to know and let us send you an email when Inside SoCal Sports posts news and promotions. Your email address will not be used for any other purpose, and you can unsubscribe at any time.

Send a message to Inside SoCal Sports:

LeBron James on bond with A.D. -

LeBron James comments on the NBA MVP (and other awards) voting system, after the Lakers victory over the Denver Nuggets in Game 1 of the Western Conference Finals. (Video by Kyle Goon/SCNG) 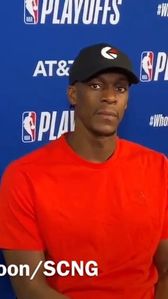 “Playoff” Rondo after Game 3 between Lakers-Rockets

Rajon Rondo talks about the frustration of his July injury, and how he stayed connected to teammates and through Zoom coaching meetings. (Video by Kyle Goon/SCNG)

Alex Caruso said the Lakers had one foot in preparation for each OKC and Houston, but the biggest thing about defending James Harden is he’s a singular player who can’t be stopped one way. (Video by Kyle Goon/SCNG)

Markieff Morris has perhaps the most family here inside the bubble when you account for his wife, his daughter and his brother’s family. He’s happy the Morrises get a family reunion at Disney. (Video by Kyle Goon/SCNG)

Lakers’ Kyle Kuzma on what went through his mind as Nuggets’ Bol Bol ran toward him: “I think Jesus could be in front of me and I’d probably still shoot.” (Video by Kyle Goon / SCNG)

LeBron James and the Los Angeles Lakers have some fun playing football ahead of the team’s scrimmage against the Dallas Mavericks in Florida. (Videos by Kyle Goon/SCNG)

Inside the gym at Lakers practice, which appears normal except for distancing and wearing a mask. The Los Angeles Lakers return to regular season action against the L.A. Clippers on July 30. (Video by KyleGoon/SCNG)

Juan Lozano of Palmdale shares his favorite Kobe Bryant moment. The Lakers honored Kobe before the home game against Portland.

Fans gather in front of LA live after the news that Los Angeles Lakers great Kobe Bryant, who played his entire 20-year career with the Lakers, died in a helicopter crash. (Video by Keith Birmingham / SCNG) 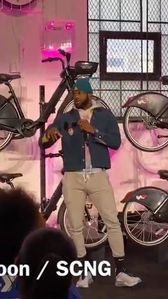 LeBron James surprised several dozen teenagers, earlier this afternoon at the Harlem YMCA in NYC, by showing up to help announce that UNINTERRUPTED and Lyft were giving the kids a yearlong Citi Bike membership and a backpack full of goodies. This was his reception when he came in and what the Los Angeles Lakers superstar had to say. (Video by Kyle Goon/SCNG) Read the full story: https://www.ocregister.com/lakers-lebron-james-surprises-teens-in-new-york-giving-them-free-bicycle-access-for-a-year 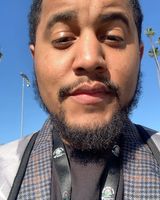 ‪Checking in from the #RoseBowl in Pasadena.‬ ‪Players to watch: Wisconsin RB Jonathan Taylor & Oregon QB Justin Herbert. ‬ ‪Taylor needs three yards to move into fourth on the all-time career rushing list and 200 yards to move into third. ‬ 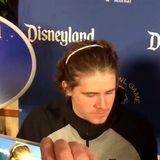 Oregon QB Justin Herbert on looking ahead to the Rose Bowl game and not the “what if” College Football Playoff scenarios. (🎥: @jhwreporter) 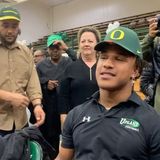 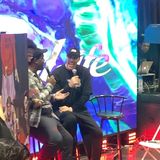 LaVar Ball talks about LaMelo Ball’s NBA draft stock and whether LaVar will change his approach to the NBA Draft this time around.

Defensive back Darnay Holmes is dialed in on UCLA Football’s next opponent: quarterback Khalil Tate & the Arizona Wildcats. Holmes spoke highly of his childhood friend and looks forward to the challenge in the upcoming Pac-12 after dark matchup. More on the Bruins: https://www.dailynews.com/sports/college-sports/ucla/ 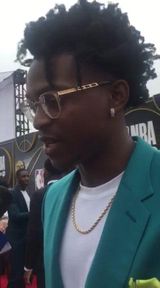 ‪De’Aaron Fox of the Sacramento Kings talks about the pressure that comes with being a pro basketball player at the NBA Awards. ‬(Video by James H. Williams) 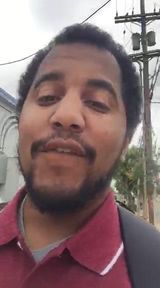 ‪Checking in from the NBA Awards in Santa Monica. ‬ ‪Who do you think will win the NBA MVP tonight? 🏆‬ 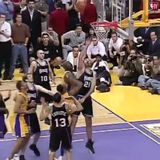 Where were you 17 years ago when Robert Horry of the Los Angeles Lakers decided to shoot his shot in Game 4 of the 2002 Western Conference Finals against the Kings. (Video via NBA TV)