Our goal is to create a professional, innovative, and creative video marketing campaign for your company to further succeed and grow beyond its maximum potential.

NKP is a company is a team of talented video artists that have a wide range of knowledge of video production from video advertising, tv commercials, promotional videos, web commercials, tv pilots, music videos, short films, in house learning tutorials and much more.

BTS of our recent short film we just wrapped on.
🎥@derekkorogodsky

Nothing more satisfying than a clean timeline. @number1tango wrapped up a new company reel that will be released in the coming days. We couldn't fit over 400 projects into 2 minutes but you'll enjoy seeing what we've been doing for the last year.

Who else loves @quasarscience lights!?

The other week we shot our spec trailer to a film that we are writing. Going to be posting some BTS from those 2 days so stay tuned!
📸: @lowe_media

Hope everyone is having a good week so far!! 🎥 Here's a little behind the scenes of us producing fitness content.

Time to workout with @kentaseki 🎥💪

Walking out on Friday 📽✌ Have a good weekend!!

This is a company video be produced for GIANT PARTNERS.

This the RIBOLI FAMILY "Winery Of The Year" video that we produced from start to finish. This winery has been around for over 100 years and is located in DTLA. Check out the video!

This is "Riboli Family Wines - American Winery of the year (Wine Enthusiast) - Long" by New Kingdom Productions on Vimeo, the home for high quality videos…

The footage in this video is part of the "Winery Of Yhe Year" video that we produced for the San Antonio Winery (official) Stella Rosa the RIBOLI FAMILY. They've been in business for over 100 years!
Full video is on our website! 📽 Project was produced over the course of 3 months with several days filming in Paso Robles and DTLA.
#drinkmorewine

Easy day in the chair 🎥 It's the end of the week and we're just getting started!!📽
What are you working on today?

All smiles on set! 😁 Have a good week everyone!🎬📽

Just making some tamales in the kitchen 🤗 #setlife 📽🎬

A workhorse of a camera!! #sonyfs7 📽
What are you guy's shooting this weekend?

Bts of the setup we used when filming with @samsungus
Different tools for different jobs!📽 @blackmagicnewsofficial Filming and 🍷
What can be better!!
#openbarkraftservice

What's your weapon of choice?? Hope everyone is having a great 2019 so far!

Just getting low 📽 Have a good Monday everyone 👍 Who needs some shade in this hot weather! 🙋‍♂️☀️📽
#theheatwaveisreal

Our goal is to create a professional, innovative, and creative video marketing campaign for your company to further succeed and grow beyond its maximum potential. Here at New Kingdom Productions, it is our job to help you and your company grow by introducing you to worldwide marketing. Our 15,000 sq. ft. office supplies all in-house operations from pre-production, shooting, and post-production. No matter how big or small your business is, we can help you market and brand your company through exciting HD video. Video marketing will help drive traffic to your site and will supply as a 24-hour sales person. Specialties: Video Production Video Marketing Tutorials Online Web Commercials Television Broadcast Commercials Television Pilots Music Videos Viral Videos In House Website Company Videos and much much more!

Be the first to know and let us send you an email when New Kingdom Productions posts news and promotions. Your email address will not be used for any other purpose, and you can unsubscribe at any time. 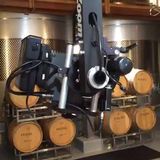 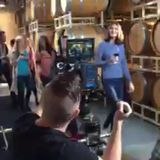 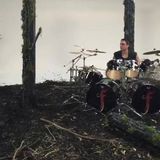 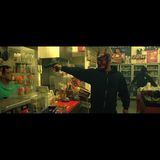 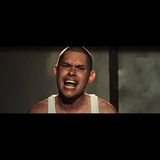 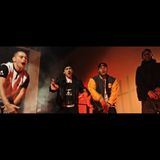 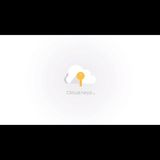 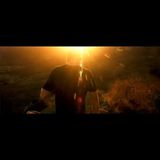 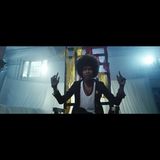 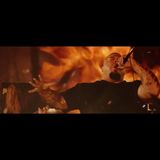 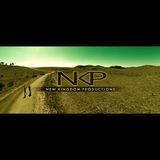 Desert dwellers 🦎🌵 New Kingdom Productions more @ lavideodrone.com #dronevideos #offroad #behindthescenes
Monday Mission: Locate planetary resources with New Kingdom Productions crew 🛰️ #outerspace #lavideodrone #mission #aerialvideo
Gangs all here 😎 New Kingdom Productions L.A VIDEO DRONE #CrewLife #BehindTheScenes #VideoProduction
We've got some new material dropping soon! Here's a teaser for our upcoming video/single, "She Don't Know" . You can catch us performing this song and many others, old and new, this Thursday night at Fremont Theater SLO for Locals Night at the Fremont w/ Wordsauce! This is a free show if you go to bigbigslo.com and register!! See you there! Big thanks to BarrelHouse Brewing SLO for letting us shoot this video at their Downtown SLO speakeasy! They were extremely accommodating and had amazing staff members that made this shoot a lot of fun. Shout out to our camera crew over at The Sauce Pot, led by our longtime friend Griffin Davis for shooting some amazing footage, and to New Kingdom Productions for putting this promo together ! Stay tuned for the full vid comig soon !
#tbt Our promo video for Roadshow Revival back in 2015. New Kingdom Productions
A snippet of Fall of Man's evocative new music video "Lullaby" by New Kingdom Productions // filmed at @818studios
Check it out and let us know what you think. https://soundcloud.com/chrissdean/tebow NEW SINGLE. GO CHECK IT OUT
Some pics from our video "Lullaby", shot by New Kingdom Productions - #staytuned
We've been looking forward to this one! James Kaye just released his new music video for "Don't Trip" -- featuring LA Video Drone aerials! Shout out to New Kingdom Productions! https://www.youtube.com/watch?v=U6kcDOrH4xg #LAVideoDrone #AerialVideo #Drone #JamesKaye #MusicVideo
This video was shot at one of our first shows, two years ago, this weekend. We've done a lot of cool stuff in that time. Thanks for the support! Surf Rodeo New Kingdom Productions
With no further delay- here is the official video for another one of our favorite songs off "The Flow"- After Hours!!! Many thanks to the great Greg McKarus of New Kingdom Productions for shooting and directing this one!
Thanks for all the support for our video for #Rollin so far!! Thanks to you we've almost hit our goal of 10k plays! Since we hit the next 500 mark- here's the third and final teaser for our next video, #AfterHours! Once we hit 10 we'll be dropping the official video! Major ups to Greg McKarus and New Kingdom Productions for the top notch work on both of these videos! Thanks for tuning in, much love