Cue the orchestra and visit www.music.film, the new online search and licensing portal for all your music needs. Music.Film is the new online Film Music search, licensing and community portal brought to you by the Cutting Edge Group.

"I wanted to make the music and feeling from this part of the movie further emphasized through more dramatic instruments...."
- read the complete article about our "He Had A Good Time" remix on Vehlinggo:

Cliff Martinez’s score for Drive has been as highly lauded and influential as the pop cuts in the film. Tomorrow, following the film’s and soundtrack’s recent 10th anniversary, Music.Film is releasing Overdrive, a compilation of remixes of select cues from the movie. Today, Vehlinggo premieres...

Are you a fan of the movie “Drive”? Stay tuned this Friday for a new collaboration with Parallels via Music.Film! Pre-save the album on Spotify: https://smarturl.it/overdrive-OST 🖤

We're not done yet! Not only is our score for Ammonite (starring KateWinslet) also on the BAFTA longlist for original score, but both this movie and are on the shortlist for the 93rd Oscars! Good luck to the composers - Dustin O'Halloran / & .

We are thrilled to announce that our score for The Trial of the Chicago 7 has made BAFTA's longlist for Original Score! Best of luck to Daniel Pemberton.

I did an official remix of “I Drive” by the legendary Cliff Martinez. Out now! Truly honored for being asked to be involved in Drive that kickstarted this genre. Thank you
.
.
.
.
.
.

The Trial of the Chicago 7 | Netflix Official Site

The Trial of the Chicago soundtrack is out now and you can watch the film based upon one of the nation's most notorious trials on Netflix now.


What was supposed to be a peaceful protest turned into a violent clash with the police. What followed was one of the most notorious trials in history.

Our score for The Trial of the Chicago 7, wonderfully composed by Daniel Pemberton, is an Oscar contender according to Variety! https://variety.com/feature/2021-oscars-best-original-score-predictions-1234773087/

Todd Bryanton and Nik Freitas' soundtrack to ENDLESS is now available from Music.Film and Varese Sarabande. Stream, purchase or sample from your preferred digital service.

Have you heard "Journey Into Tomorrow" yet? Let us know what you think, and remember to pre-save the album on Spotify, coming out on September 18th! Listen to the song on Spotify now! https://open.spotify.com/album/434uj1Yntw9ReY6xXhBZOo?si=lBXQnKO8Sd-Bb-GnCd60ig

‎Crisis What Crisis? on Apple Podcasts

Check out 'Crisis What Crisis’, a weekly podcast by , featuring conversations with survivors of crisis including , , , , and .

We are proud to have provided the opening theme “Allies” by Some Velvet Morning.

We would like to send a huge congratulations to Tyler Bates - Music For Films & Joel J. Richard, as their score for John Wick Chapter 3 won a BMI Film Music Award! https://www.bmi.com/award-shows/film-tv-2020/

It is our honor and pleasure to celebrate BMI’s family of extraordinary composers and songwriters who add their unforgettable, magical touch to movies, TV and other visual media.

Watch: Creating the Unconventional Music of 'Becky', the Indie Thriller Starring Kevin James as a Villain

Becky (Original Motion Picture Soundtrack) is out now featuring a great score by Nima Fakhrara. The film by 'Buskwick' and 'Cooties' directors Cary Murnion and Jonathan Millott debuted as the top-grossing film last weekend. Take a look at this wonderful Behind the Score featurette!

In this exclusive behind the music video exploring the Becky movie score, composer Nima Fakhrara takes us inside his home studio and explains his technique.

Out today - a brand new remix from Whiplash - "Casey's Song (Milk Flud Remix). Check it out here on Spotify: https://found.ee/1X8m

15 Movie Scores To Keep You Sane Through Quarantine

The good folks at Rotten Tomatoes have put together a list of the 15 best film scores to maintain quarantine-sanity, and we’re honored to have 2 of our scores featured! Cliff Martinez's Drive and Carter Burwell's Carol continue to resonate. https://editorial.rottentomatoes.com/article/movie-scores-to-keep-you-sane-through-quarantine/

These rousing, moving, and soothing scores pair perfectly with stuck-at-home activities like reading, cooking, chilling, and escaping your kids. (Oh, and working, too.) 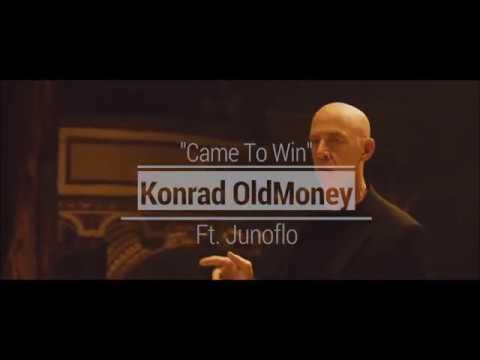 The original soundtrack for Whiplash was recently reimagined with several killer remixes, and we have the multitracks for both the originals and remixes avai... 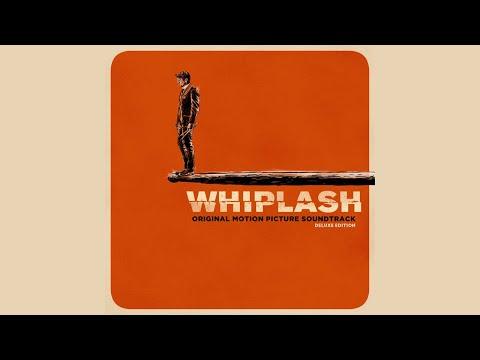 A song for New York: https://www.youtube.com/watch?v=abBoIeDc7Bs

In these difficult times of self-isolation, we all need some warmth and positivity. We have created a unique playlist of music to brighten your time at home. Listen here: https://www.music.film/tiny/cgiwz
Stay safe and well. 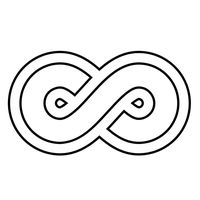 Let it rip! In celebration of the new season, Lakeshore Records will release the Beyblade Burst: Rise Opening Theme Song digitally next month! To be the first to hear the full song, pre-save the song now and follow Jonathan Young now on Spotify : http://orcd.co/beybladeburstrise
⠀⠀⠀⠀⠀⠀⠀⠀⠀
Details on the blog: http://bit.ly/39LT2Hg
⠀⠀⠀⠀⠀⠀
Beyblade The Orchard

Congratulations to 2020 Oscar-Nominee whose masterful score for Joker Movie has earned her a Golden Globe for Best Original Score and an Oscar Nomination this year. We were fortunate to work with her on Sicario: Day Of The Soldado. She also contributed to Jóhann Jóhannsson's Oscar-nominated score for Sicario, and his Grammy-nominated score for Arrival Movie.

All three scores are available for licensing on https://www.music.film/

Be the first to know and let us send you an email when Music.Film posts news and promotions. Your email address will not be used for any other purpose, and you can unsubscribe at any time.

Send a message to Music.Film:

OFF THE RECORD: "Overdrive EP"

The Old Man And The Gun Visual Soundtrack

"I Was Set Up" from Across The Hall

"Shoot Out" from The Losers

"Drum and Drone" from the WHIPLASH Soundtrack

"I wanted to make the music and feeling from this part of the movie further emphasized through more dramatic instruments...."
- read the complete article about our "He Had A Good Time" remix on Vehlinggo:

Music.Film
✨ Out today wherever you listen!
⁣
🎵”He Had A Good Time (Futurecop! Remix feat. Parallels)” by Cliff Martinez

⁣ https://smarturl.it/overdrive-OST
⁣
💜 So much love to Futurecop!, Cliff Martinez, Vehlinggo, Music.Film, Kiez Beats and of course the ever iconic “Drive” film 😍
To mark the 10th anniversary of the movie "Drive", today Music.Film release my remix of the Cliff Martinez track “He had a good time” taken from the movie. It includes an instrumental and a version with the awesome Parallels performing on vocals.

French 79 Das mörtal Varien Notaker
Premiering today on Vehlinggo! I had the honour of performing on Futurecop!’s remix of “He Had A Good Time” from the beautiful “Drive” score by Cliff Martinez 💜 check out the song + pre-save, it officially drops tomorrow on Music.Film!

Are you a fan of the movie “Drive”? Stay tuned this Friday for a new collaboration with Parallels via Music.Film! Pre-save the album on Spotify: https://smarturl.it/overdrive-OST 🖤
https://youtu.be/8PUWRoxzAww
ENNIO MORRICONE - Un año ha pasado desde que nos dejaste.... Pero tu música y emociones nos acompañarán siempre....
A year has passed since you left us ... But your music and emotions will always be with us ...
https://vaskozoran.bandcamp.com/album/bird
Preview NINA's forthcoming EP, CONTROL (feat. LAU): https://bit.ly/32XM7d4

You can ask your own questions too!

When punk rock exploded in Washington D.C., it was a mighty convergence of powerful music, friendships, and clear minds. Punk the Capital explores the transformative period when punk took root in D.C. (1976 to 1983), situating D.C. punk within the larger narratives of punk and rock n' roll. Featuring bands such as Bad Brains, Minor Threat, Slickee Boys, Half Japanese, Black Market Baby,Trufax and the Insaniacs.
The Third Space Network in conversation with the filmmakers
Paul Bishow, Sam Lavine, and James June Schneider