Creating relevance & connectivity for our clients in the cultural conversation Congratulations to our for their nominations for the 2022 Kids’ Choice Award Nomination ✨ Vote now at kidschoiceawards.com and watch all the fun go down April 9th on Nickelodeon

The Russo Brothers and Mike Larocca on the cover of Produced by Magazine.

Happy International Women's Day! At we plan to .

We will be kicking off this month's Center Stage spotlight with Creative Director, Anastasia Kouriatova. Find out what 3 inspirational women she would love to have dinner with.

Chris Pratt in the The Terminal List July 1st on Prime Video.

Catch DeVaughn Nixon and AdrienBrody tonight on the premiere of on HBO Max.

From the Diesel FW22 collection runway to celebrities street style.

Discovered on Tik Tok, showcased on MTV, launched into superstardom by Pepsi. Becoming a Popstar. Joe Jonas will be the judge alongside Becky.G and Sean Bankhead.

AdrienBrody at the LA premiere of his new show “Winning Time” on HBO Max. Watch it March 6th.

Sophia Scott music video for Sweetheart is out now. Check it out on YouTube.

Elton John will be hosted by Lady Gaga, Billy Porter, David Furnish, and Eric Mccormack for the 30th Academy Awards Viewing Party, in support of .

Judith Light at the LA premiere of her upcoming show “Shining Vale.” Alexandra Daddario at the Dior FW22 RTW show in Paris.

Sarah Niles and Brendan Hunt attend a celebration for the Screen Actors Guild Awards last night at which they won best ensemble in a comedy series.

Allegra Edwards in Regard Magazine

Learn more about Shamaya’s work at , her career advice, and why she thinks it is important to celebrate .

Congratulations to our on the win of their Screen Actors Guild Awards.

Washington Post Emily Yahr takes readers inside one of the most iconic covers in Entertainment Weekly history featuring The Chicks, and how R&CPMK Chairman Cindi Berger made it happen.

As the band (now known as the Chicks) was engulfed in controversy, they decided to give an exclusive interview to Entertainment Weekly. It wound up as one of the magazine's most famous covers.

See why celebrating is important to Ruben.

3 ways to reach the next generation of consumers with music

New, original research from The Harris Poll and R&CPMK reveals that music connects with people in ways that other mediums do not. “Brands have an opportunity to make an emotional connection by bringing audiences closer to the music and artists they love,” says Michael Dunn, EVP of Music and Entertainment at R&CPMK.

Read up on how brands can harness music in the Ad Age article below!

Music-oriented branding punches through in ways that other kinds of celebrity endorsements do not.

How can marketers deliver authentic and resonating brand messages in 2022?

President of Brands Shirley Hughes gives guidance on reaching consumers through unique content. Hear more from Shirley and other IPG DXTRA experts as they answer one simple – but crucial – question: what one thing should marketers consider as they look ahead to 2022? What one thing should marketers consider as they look ahead to 2022?

President of Brands Shirley Hughes, and other leaders from across IPG DXTRA, answered this one simple – but crucial – question to help clients get ready for what’s next.
Read each of their perspectives across a wide range of issues and opportunities including [the reverse pivot from virtual to live events, the emergence of hybrid workplaces, intense competition for talent, pressure to deliver on ESG and DEI goals, geopolitical risks, ethical use of data, evolving influencer, entertainment and sports marketing landscapes] – and more: https://www.ipgdxtra.com/thought-leadership

Be the first to know and let us send you an email when Rogers & Cowan PMK posts news and promotions. Your email address will not be used for any other purpose, and you can unsubscribe at any time. 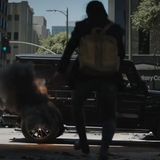 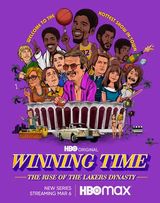 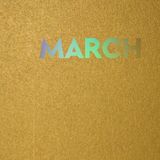 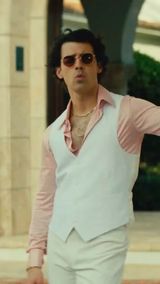 Jennifer Hudson Live at the Apollo 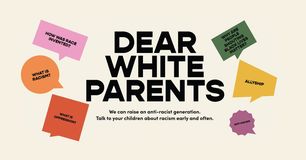 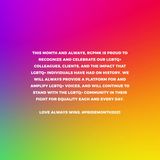 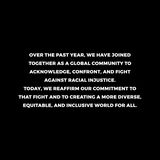 Today, we honor the life and remember the tragic death of George Floyd 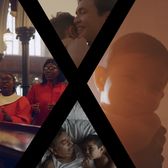 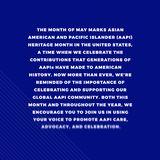 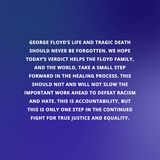 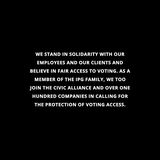 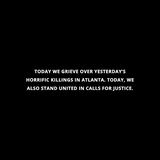 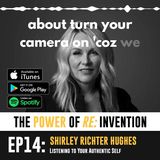 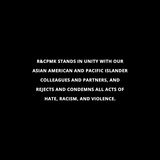 As the former chief strategy officer of Rogers & Cowan PMK, Los Angeles mayoral candidate Craig Greiwe has raised over $100,000 in the first month of his campaign to to address homelessness, housing affordability, corruption and post-pandemic economic recovery.
So much fun chatting with Javier Bardem Lin-Manuel Miranda Marlee Matlin and more at the Hollywood Critics Association Film Awards! Check out this link and let me know what you think:
https://redcarpetroxy.com/javier-bardem-lin-manuel.../... Rogers & Cowan PMK Heineken Roxy Roxy M
So fun covering the Hollywood Critics Association Awards this week! Thanks for having me Rogers & Cowan PMK! You can watch the full reel on my Instagram page Red Carpet Roxy Roxy Roxy M
URGENT!!!
Somebody on Facebook is using Henry Cavill's name and pictures to create false Facebook profiles to fraud some of his fans. They pretend that we have a real conversation with Henry and then ask for proceeding in order to get a fan card. They got 75$ iTunes card out of my friend from pretending to issue some fan membership card that would give access to Henry in several ways.

Here are the numbers with which they pretended to be Henry Cavill's management (phone and WhatsApp). Didn't give their names:

Henri Cavill personal fans page is the name of the profile created on February 12th, 2022.
We'll be denouncing, just thought that you might wanna know about this.
Have a good night and good luck with it!
“Thank you to the Academy for nominating The Long Goodbye. We made this film across two frenzied Winter days on icy cold streets of suburban London. The passion, love and energy the cast put into its ex*****on blew my mind at the time – but I never imagined the film’s journey would take us here. It was so personal to all of us – this recognition and support from the Academy means the world. This is a special day”.
- Aneil Karia, Director

“On behalf of myself and Left Handed Films, thank you to the Academy for recognising ‘The Long Goodbye’ for Best Live Action Short film!

The Long Goodbye was one of the most intense and important stories I have been a part of telling. Its power is down to the bold vision of our brilliant director, Aneil Karia, and our tirelessly dedicated cast and crew.

It’s a privilege to be part of this project that, along with many others this year, stretch culture in powerful ways.

Special thanks to our friends at WeTransfer Mata Agency, Somesuch Eleven mgmt London Flair PR Rogers & Cowan PMK Redinho One Nine Nine. We are lucky to be working with you all.”
- Riz Ahmed, Co-creator and Actor
Rogers & Cowan PMK
Travis Fimmel for Esquire Kazakhstan 🖤
‘The Long Goodbye’ & ‘Flee’ have both been shortlisted for the Oscars! Thank you to The Academy for highlighting these powerful & timely stories. Proud of Left Handed Films for being a part of both. Aneil Karia + Jonas Poher Rasmussen you are part of the new wave of filmmakers changing cinema thank you for your bold vision. Congrats to the rest of the gang WeTransfer, Somesuch, Eleven mgmt, Mata Agency, London Flair PR Rogers & Cowan PMK Redinho One Nine Nine for The Long Goodbye Short & to VICE NEON for FLEE.

Ramon Hervey II began his career in public relations gaining valuable experience working as an executive at Rogers & Cowan PMK, one of the entertainment industry’s oldest and most prestigious public relations companies, and Motown Records, before starting his own firm, Hervey & Company. The list of those he's worked with reads like the "Who's Who" of entertainment including Bette Midler, Richard Pryor, Natalie Cole, George Benson and Herb Alpert.

Ever the entrepreneur, Hervey produced multiple live music events and helmed the Los Angeles-based music production/club entity, R & B LIVE productions, which he created in 1991 with partner, Bill Hammond Entertainment. During the four-year span of the live club venture, Hervey produced over 160 shows featuring the industry’s most celebrated R&B, contemporary jazz, gospel and rap/hip hop artists and musicians such as: Stevie Wonder, Prince, Lenny Kravitz, Chaka Khan, The O’Jays, The Ohio Players, and Al Jarreau.

Join Ramon and host Brad Johnson, as Ramon offers sage advice to the younger generation, gives credit to some of the ground-breaking individuals who advanced black culture to a mainstream audience; and discusses how he adapted his business plan to the changing needs of an industry. He tells the story of how he met his ex-wife, Vanessa Williams, during a turbulent time in her blossoming career. Finally, as someone who spent their entire adult life around fame, Ramon discloses his upcoming book project, titled "The Fame Game," where he uses case studies to position fame as a reward and tool, rather than the destination.

In the initial drop, fans will be able to purchase collectibles inspired by the new film including a glider and Safin’s Mask exclusively through the VeVe app, available to download on the App Store and Google Play. The first drop date of James Bond NFTs will be announced soon.