Happy Birthday Ruddy! Your a true rocker and a roller..!! ❤️🍸🌈🎸💯 #soundengineer #musicproducer

Come check out V7! Click the link in our bio for booking!

Lil’ tube compressor and EQ corner in Studio A… Come on in and experience it!

Tracking in KSL A

On St. Patrick’s Day we honor our two favorite bands that mixed there latest releases in Studio A, with the one and only @tedhutt ! @bosstonesofficial new video now streaming check it out! Pre order @dropkickmurphys new record coming soon! #mightymightybosstones #dropkickmurphys 🍀🍀💚💚

Blondie Parallel Lines (Chrysalis) L.A.-based Chicago punk Ronna Reason told us about her love for a Blondie classic. Ronna Reason: I went to high school in Skokie Illinois, a suburb right outside of Chicago. Famous for the Illinois Nazi marches portrayed in The Blues Brothers. My brother and I actu...

Exciting news from the Kingsize family!

The debut single from Ronna Reason is a fun homage to early ’80s electro/punk mashups with contributions from Annabella Lwin (Bow Wow Wow) and DJ Z-Trip.

All set for awesomeness! We are open and hosting audio-visual sessions! Hit us up for deets! #audiovisual #livestream #livesession

We hope this finds you safe and sound but what can we say, 2020 sucked!

2020 started out with tons of promise and was heading to be one of our busiest years in many years for the Kingsize Soundlabs family but then Covid-19 hit us all right in the face. Like everyone, we closed the studios and buckled down expecting Covid-19 to pass in a month or so. We all caught up on our Netflix and in a strange way gave a lot of us a nice rest until the horrible reality set in. We watched in horror as we started losing each other and loved ones to this very real monster. This wasn’t the flu, this was our worst nightmare!

As summer set in the surges dropped, we opened our doors with careful protocols in place. Peaking our heads out of our shelters we welcomed several sessions postponed from March and it felt good to be finally be getting back to what we loved, recording! Scattered sessions of masked crusaders became the new normal and everyone adapted with unseen smiles abound. While this year has been a challenge beyond all expectations, we are grateful to the musicians, producers , engineers and labels who have booked sessions with us during these trying times. Without you this year could have ended our close to 30 year run and words can’t tell you how thankful we are.

Our deepest condolences to everyone effected by this horrible pandemic.

Rest In Peace. We lost 2 great souls in our music community. Your music brought us joy we will miss you both greatly. ❤️❤️🙏
@unclesalsapelicanboy
・・・#repost
Is that a sunrise or sunset? 🌅⛵️🎷🦐 #tropicalpurgatory

#Repost @golddiggersla
・・・
Interrupting our regularly scheduled programming on this day to encourage each and every one of you to double check your voter registration status. Vote like your lives depend on it, because they do. Link in bio! 💌

In our happy place! We create we relate! ❤️#musicislife #indierock #soundengineering

Be the first to know and let us send you an email when Kingsize Soundlabs posts news and promotions. Your email address will not be used for any other purpose, and you can unsubscribe at any time.

Send a message to Kingsize Soundlabs: 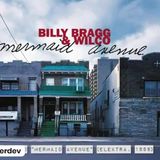 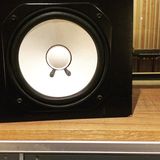 Unearthed the goods.... Pulsars masters being transferred! Robot World aka Wisconsin being digitized into the modern world!! 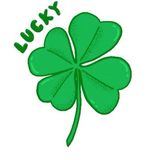 Happy St. Paddy’s Day! Get lucky play some music! 🍀🌈🎸🥁⚡️💫 thanks for all your support and all the Irish influenced music that has blessed our walls! 🍀☘️☀️🎼🎤🎧🎲💚💚💚 thanks to Producer @tedhutt #dropkickmurphys 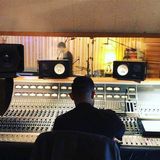 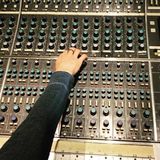 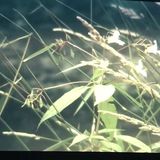 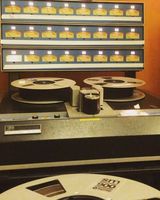 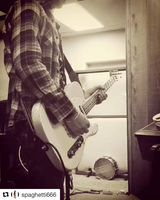 The legend @forsythe.brian laid down some incredible solos on the new #RhinoBucket record, tracked at @64sound with producer @spaghetti666! ・・・ And as good as that was, we didn't even use that take. That's how good @forsythe.brian is! #telecaster #fender #rock #rocknroll #acetaterecords #supersuckers #leadguitar #marshall

Just before The NAMM Show Moog Music Inc. threw a party at Kingsize Soundlabs to share their new Sub Phatty and other toys with friends.

Bangin out vocals at Kingsize Soundlabs with Ted Hutt - Producer/Mixer⚒️
New tunes coming at ya soon! We had so much fun in the studio with Ted Hutt - Producer/Mixer at Kingsize Soundlabs. Cannot wait to share this new music with y’all! In the meantime come catch us at our next shows in the L.A. area on September 25th at Last Name Brewing and October 9th Maui Sugar Mill. More info to come! #radiatorking #recording #studio #newmusic
Today is officially the no more tweaking(well...) this All the Way mix and its out and and about everywhere. Thanks to The band(Danny Severson, Anthony Rubino, Josh Hudson, Ryan Farnham)for playing some smooth and cool as always. Thanks to Dave”master and mix rescue”Trumfio, Robbie Hamilton, Alex Moore, Aaron Bakker and Kevin Reidy as the fever for help on the Audio side. Next up...The story of the song Jelly Roll. https://distrokid.com/hyperfollow/doriantaj/all-the-way House of Taj-Chicago Kingsize Soundlabs
Hey have you heard Way Back yet? A special shout out to the team behind this song and video, we couldn’t have done this without all of you! Written by: us Produced / Mixed: Dave Trumfio Recorded at: Kingsize Soundlabs / special thanks to Ronna Bronstein Publisher: Reach Music Publishing Instrumental/Drums: Simon J Horrocks Produced / Mixed: Dave Trumfio Mastered by: Ruairi O’Flaherty Video directors: Pat Demarais / Nick Demarais Video DP: Brady Bessette Photo by: Nick Demarais & a special thanks to our family and fans!
#Moog party !Kevin Reidy Kingsize Soundlabs Moog Fan Club BFF!
**NEWS** Hit the Bricks! by Man's Body......out now!!! LISTEN/STREAM/BUY/LOVE HERE: https://song.link/us/i/1548061051 BANDCAMP: https://heydaymediagroup.bandcamp.com/track/hit-the-bricks-3 **CREDITS** MUSICIANS Greg Franco (vocal, glockenspiel noises) J. Niimi (guitar, backing vocals, handclaps) Marco Obaya (guitar, backing vocals, handclaps) Marc Doten (bass, piano, backing vocals, handclaps) Derek Crawford (drums, percussion) RECORDED & MIXED BY Mike Hagler at Kingsize Soundlabs, Chicago PRODUCED BY Man’s Body MASTERED BY Bernie Grundman Mastering Studios WRITTEN BY J. Niimi and Greg Franco ARTWORK BY Derek Erdman PUBLISHED BY Heyday Media Group a/c Sofa Hablando Music (ASCAP) and Songs Of Heyday a/c Regal Platypus Publishing (BMI) Check out MB's 2nd single (Hit the Bricks!) from upcoming full-length album "A Set of Steak Knives".......out now on NocturnalSol, a division of Heyday Media Group #mansbody #jniimi #gregfranco #roughchurch #losangeles #HittheBricks #asetofsteakknives #Chicago #chicagomusic #NewRelease #newmusic #singletrack #indiemusic #indierock #indieartist #nocturnalsol #HeydayMediaGroup #derekerdman #BernieGrundman #marcoobaya #mikehagler https://song.link/us/i/1548061051
When we moved from LA back to NYC I had to let some much-loved gear go. Thankfully a lot went to Kingsize Soundlabs (where I was an engineer years ago) including a restored #RolandSH2000, a bunch of vintage guitar amps and the epic Jasper a-frame stand. Nice to see them in use at such a great studio. Thanks again Dave! Pics via KSL. @ Kingsize Soundlabs
Please enjoy "Losers", a new video from The Mekons' Jon Langford, in all his Trumpian splendour, from a series of 23 singles which will include numerous splendid guests and cover a wide range of topical matters. This one's mixed by the mighty Dave Trumfio at Kingsize Soundlabs, as it should be! Order information in the link.
Our friend Dave Trumfio ( Kingsize Soundlabs, Gold Diggers, 64 Sound) rocking his Manley bandana in this Los Angeles Times article. The recording world may have taken a hit, but we're staying strong and WE WILL BE BACK!
BoLAA - PHOTO SHOT: Kingsize Soundlabs owner Dave Trumfio at his home studio in Silver Lake. Applying for federal relief, he says, “feels like banging my head against the wall.”
In just 2 days the music these guys made will enter your ears and hearts. Did you know that we record all of our albums live in studio? Guitars, vocals, piano, drums, and bass all at the same time. We believe this enables us to capture something extra special in our sound, an energy that can only be heard when musicians are able to listen and respond to each other in the creative moment. Yes, this means there’s all kinds of mic bleed, and we have to live with minor mistakes (or happy accidents), but these imperfections are part of what make the recordings so unique and human. (It also allows us to records a whole lot of songs in a short amount of time.) Thank you Alan Hampton (bass), Brian Wolfe (drums), Tyler Chester (piano), Dan Phelps (electric), Lauren Goans (vocals), Ryan Flanigan (acoustic, vocals), Isaac Wardell (producer), and Graeme Gibson (engineer) for your expertise. Liturgical Folk, Vol. 5–Advent comes out this Friday, Nov. 1. #liturgicalfolk #liveinstudio #liverecording #makingmusic #recording #studio #recordingstudio #anglican #worship #liturgy #advent #sacredmusic #folkmusic #worshipmusic #liturgicalmusic 📷: Dan Phelps @ Kingsize Soundlabs
I have an important question, what breed of dog is Banjo?