William Bibbiani and Witney Seibold review TV shows that only lasted one season or less, in a new podcast that makes failure seem fun again.

Let's Take the #ChocoChallenge! | Canceled Too Soon on Patreon

At the behest of a Patreon subscriber, Witney takes the #ChocoChallenge.

Wherein we kvetch endlessly about the Oscars.
https://www.podcastone.com/episode/Critically-Acclaimed-BONUS-Oscars-2019---Winners-Losers-and-Controversies?fbclid=IwAR3p_H7BZFmpD5I4ZJwzog9YrVDGpOjL69tqYHuRmoRxgvdj2OcZx1BJmkI

GREEN BOOK won Best Picture and yeah, we're going to have to talk about that. The 91st Academy Awards have come and gone and it was a night of many steps forward and many steps back. William Bibbiani and Witney Seibold look back at all the biggest moments, all the weirdest flubs, all the heroic winn...

At the behest of a Patreon subscriber, Witney gives an analysis of all of UPN's 30-second promos for every episode of "Star Trek: Voyager." It was a fascinating cognitive exercise.

[The following article was sponsored and assigned by our Patreon subscriber Canadian Keith. To learn how to sponsor and assign articles...

WE WANT YOUR ASSIGNMENTS!

It's a new year, your powers have rolled over, and we're looking to fill our coffers with your demands! Each of you can assign one article to Witney and one article to William for publication on the CriticallyAcclaimed website!

E-mail us with your articles at [email protected], and we can get started. Just put "Patreon Assignment" in the subject line so we can more easily find it.

(Note: If you've assigned us an article and you haven't seen it yet, remind us! Don't fear being pushy about it. We want to get them all done.)

This channel is ran purely from support of our fans since monetization got disabled! If you would like to contribue to it, links are located below. Donate vi...

Also, a subscriber asked both @WilliamBibbiani and I to review the animated film JUSTICE LEAGUE: THE NEW FRONTIER. You can now read our back-to-back reviews on the website.

[The following article was sponsored by our Patreon subscriber Sean Wrinkle, who assigned the same review to both of our critics. To lea...

Absurdism in Film: An Overview

At the behest of a "Canceled Too Soon" Patreon subscriber, Witney wrote a brief overview of absurdism in film, both as an aesthetic theory and as a philosophy expressed through fiction. Read it now on the Critically Acclaimed website!

[The following article was sponsored and assigned by our Patreon subscriber R. Clay Johnson. To learn how to sponsor and assign article...

As y'all know, one of the perks of being a $10-level patron is your ability to assign articles, revoews, or essays to William and Witney for publication on CriticallyAcclaimed.net.

Well the year has officially rolled over, so EVERYONE GETS TO ASSIGN US AGAIN.

E-mail your requests to [email protected], and, yo, we'll write it. One idea for each of us. If you previously assigned us articles, and we haven't done it yet, remind us.

The criticism and podcasts of William Bibbiani and Witney Seibold.

If you're a $10-level Patreon subscriber, you get to assign us written articles on CriticallyAcclaimed.net! The deal goes that you get two articles (one for William, one for Witney) every year.

Well, get your ideas ready, because the clock will reset at the end of the month! If you've already seen an article from us, you'll get ANOTHER.

And, please, if you haven't seen your article(s) yet, light a fire under our butts. Remind us often. Be obnoxious about it. We want to get those puppies up (in a well-researched and well-written fashion, of course).

The criticism and podcasts of William Bibbiani and Witney Seibold.

If you're a $10-level Patreon subscriber, and you haven't seen your article yet (or haven't assigned us articles yet), let us know. Remind us. You each get one article from each of us.

Two surprise episodes of THE RANDOMIZER anyone? 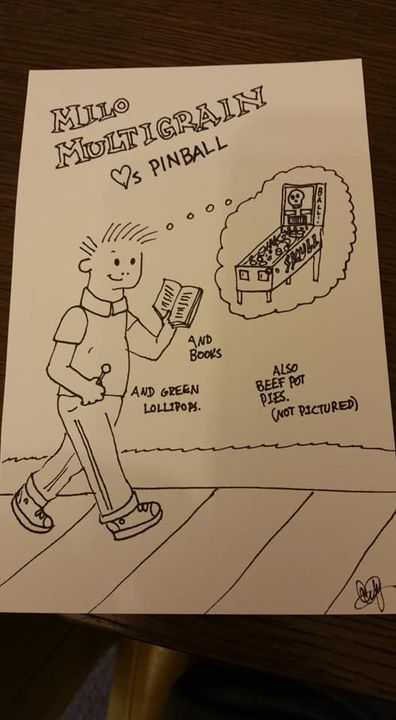 Here are the drawings our 1928 Porters received:

Via a fan request.

The gift packs for our $20 Patreon subscribers are on their way! A preview:

Sticky Fingaz may be better than Wesley Snipes.
Maybe.

Apologies for not posting in a while, but we're still churning away. We're working on a Marvelous Month of Marvels three-fer. If you hadn't heard, our Patreon-selected episode this month was a three-way tie, so we're doing all three.

In addition to "Generation X," we'll also be having two extra bonus episodes this month, devoted to "Solar Man" and "Nick Fury: Agent of "S.H.I.E.L.D."

This, in addition to "Blade" and another show that we'll currently keep as a surprise.

It's a glut of riches!

For those of you saying "Where's that 'Blood Drive' episode?," the answer is: Soon, my dear, soon.

We had been falling behind on Monthly Movies, so we recorded two bonus episodes last night!
Enjoy, Patreoners!

Also, on this week's C2S, William and Witney discuss "Living Biblically," the short-lived CBS sitcom about a man who lives by the Bible. It's not that funny! Listen in, you.

Can this film critic live his life 100% by The Bible? Can a sitcom get anything right about The Bible or film criticism? We'll find out i...

In the latest episode of "Ciritcally Acclaimed," William and Witney pair Roberto Benigni's 2002 misfire "Pinocchio" with Orson Welles' "The Magnificent Ambersons." We also review "The Predator" and rave about "A Simple Favor." Listen in, y'all.

Roberto Benigni won two Oscars for LIFE IS BEAUTIFUL, and he used all that clout to direct and star in a live-action version of PINOCCHIO, starring himself as a marionette who comes to life and ruins everything and gets forgiven for it every time even though he's a jerk. It's an unpopular film made....

Sorry we haven't posted in a sec. But to update you: The "Living Biblically" episode is in the can and out to y'all, and our next episode - on "Blood Drive" - will be recorded by the end of the week. We also will record, for our Patreon subscribers, two more Monthly Movie episodes in the coming week.

Incidentally, "Blood Drive" can be seen on Hulu, although episodes 7, 9, and 11 aren't on there. You may have to rent/buy those on Amazon. The who season is also on Blu-ray, if you're brave enough to lay down the lucre, or have an excellent video store near you.

At the behest of a Patreon subscriber, Witney reviewed Chris Marker's 1997 philosophical tec freakout "Level Five." It's now live, only on the Critically Acclaimed website.

[The following article was sponsored and assigned by our Patreon subscriber Pierre Coupe. To learn how to sponsor and assign articles t...

Seriously, "Emily's Reasons Why Not?" A gay best friend for the lovelorn, citybound straight white woman who works in publishing? What's next? A catty Asian rival?

Who got their care package?

Witney will be performing live - as his scummy alter ego Jamb Handee - at the Canby bar in Reseda, CA this Thursday night, August 9th, at 8:30 p.m.

He is MCing WTF-lesque's special burlesque tribute to John Waters. It'll be filthy.

Toying with the idea of a David Kirschner month...

Be the first to know and let us send you an email when Canceled Too Soon posts news and promotions. Your email address will not be used for any other purpose, and you can unsubscribe at any time.

Send a message to Canceled Too Soon: 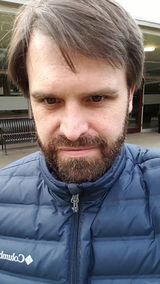 The complcated physics of "Barbie and the Rockers."

Say something about this video. Because we're at a loss. 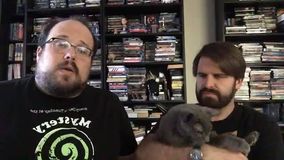 Join us LIVE as we announce the winner of the latest Canceled Too Soon sweepstakes, preview our next year of shows, reveal some new Patreon rewards and answer YOUR questions! 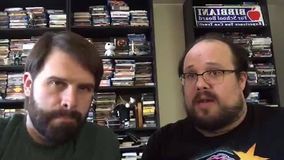 We're back and we're LIVE! Witney Seibold and William Bibbiani are telling you about this week's episode - CASABLANCA: THE SERIES - previewing future episodes (including our first anime show!) and answering your questions. Join in! 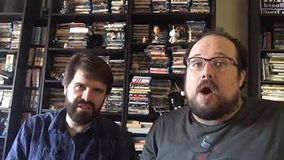 Join us as Witney Seibold and William Bibbiani preview upcoming episodes of CANCELED TOO SOON, like THE WARLORD: BATTLE FOR THE GALAXY and the Donald Trump adventure fantasy THE 100 LIVES OF BLACK JACK SAVAGE! 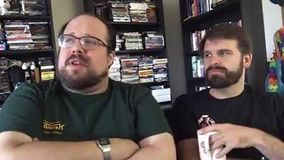 William Bibbiani and Witney Seibold are live and previewing future episodes! Find out what's coming up on Canceled Too Soon!

We're about to review SAM & MAX: FREELANCE POLICE but first we wanted to say hi!

I am listening to your Star Wars: Droids episode but I had to stop and comment about your statement "we haven't tried to make bigger a-bombs since we got the a-bomb". Of course we did. It was called the h-bomb. We continued to built larger and larger bombs for the next decade-and-a-half.
!!!!!!!!!!!!!
Now this is something I'm actually proud of: www.facebook.com/PWSZKrosnoErasmus/posts/2338393552846912
Best podcast ever. I am OBSESSED with this since I discovered last week. I almost want new TV series to fail so I can listen to you guys talking about it. Two days ago I watched 4 episodes of Van-pires in youtube because of your podcast. I got Eye Ebola, but that's fine. And the first episode of Tarzan (2003) finished with a song of Avril Lavigne. That is the most 2000s thing ever. You guys are awesome.
Greetings. Did you ever do a podcast on Mann and Machine? Have a few episodes on VHS and wonder why it was never released on DVD. Yeah, I know it was a short-lived series but I'm sure it had a lot of fans. There was so much potential for stories about Eve becoming more human.
I heard that your podcast, and one other one, had negative things to say about the shows "Nowhere Man" and "Due South"! Whomever said it, I DO NOT agree with the bashing of either show! Those were two excellent TV shows!
We had been falling behind on Monthly Movies, so we recorded two bonus episodes last night! Enjoy, Patreoners!
An idea for Patreon Show about the Emmys? You have one for the best Academy movies per year. How about a show covering all the best Emmy shows per year?
https://www.youtube.com/watch?v=0WEzJX9Netk
Do A Review On Sunet Beach.
Far and away, THE RANDOMIZER is the best podcast that should go to series.
I got my shirt.