It's about time for this page to see a little activity. And now there's time!

Rough Sketch of a Serial Killer

Now that the Golden State Killer has been brought to justice, how many other serial killers are still out there? This article caught my eye because if I had heard of "The Doodler" in the '70's, I had forgotten about him and the many gay men he killed. And he is just one killer.

Another killed my uncle, a San Francisco artist, back in the '60's; beaten to death on a fog-shrouded street in the City. His murder is still unsolved as well.

My respect to detectives like the one in this article who dig in to cold cases and find new leads; new hope for the family members who wait.

Sought for the killings of at least five gay men more than 40 years ago, the Doodler is still at large.

Tonight at 11pm on CBS2, a #2OnYourSide Investigation

Hey hope you check this out tonight at 11pm.
About those electric rental scooters all over the streets of LA..
When accidents happen, who pays? Turns out it could be you! Frustrated drivers with damaged cars and high repair bills reach out to #2OnYourSide Investigator Kristine Lazar for help!
https://www.facebook.com/CBSLA/posts/10157303862265859

Day #2 in Atlanta #SuperBowl and I’d have to say what sets it apart so far are the #volunteers. Here’s Greggory and Mary. #cbsla

Hey I know I haven't put much on the page lately. I honestly don't like posting stuff just for the sake of posting. And if I feel strongly about something, I have to watch the opinion thing. I'll put it on the New Year's resolution list. jm

How do people think they'll get away with this? Check out how David Goldstein confronts this guy. Tonight at 11pm #cbsla

This is it. #Election2018. And these are the journalists I’m lucky enough to work with. Biggest newsroom I’ve been a part of! The ones who check the info before Pat Harvey and I get it to you. Hope you keep us on all night #CBS2 and #KCAL9

How is this still happening?? I hope you watch tonight to hear the answer! #cbsla

Most of SoCal people are renters. Are your rights being violated? #2OnYourSide digs into what some #landlords are doing Tonight at 11pm on #CBS2

Hey everyone. I know I’ve been terrible posting on Facebook. Spend more time on Twitter and Instagram. Thanks for all of the messages. I am coanchoring the 5 PM 6 PM and 11 PM news with Pat Harvey. Love being back on The night shift! I hope you tune in and watch us on CBS2. Thank you for being so supportive during my time in the morning! It means a lot! And I am thrilled that my morning coanchor Sharon Tay is anchoring at for PM and 9 PM on kcal! We still get to hang out!

Did you catch the #LATimes podcast Dirty John? I thought then, “What’s going to follow this?” It’s THIS. @RandyCBS2 Paige’s investigation into a woman convicted of murdering her boyfriend then released. Did she do it? Get this Podcast! #cbsla #FlawedJustice

The White House flag has already been raised from its half staff position while, in honor of #Johnmccain, the US Capitol flag remains lowered.

This will be a great evening for a wonderful organization! Join us!

We’re thrilled to announce veteran television journalist Jeff Michael, the Co-Anchor of CBS2 This Morning, will be returning to Festival of Fall as the 2018 emcee!

Jeff first became familiar to Los Angeles viewers in 1990, as a crime reporter for ABC7 Eyewitness News. During his eight years on the air at ABC, he won the first two of what would be many Los Angeles Area Emmy Awards. Jeff spent 18 years at Fox 11 and joined CBS in January 2017.

We are delighted to have Jeff join us on the stage at the Festival of Fall on Sunday, October 14, 2018!

Most wordsmiths have pet peeves about how our language is misused, ok, butchered.
This one is easy and yet I just heard a reporter say it yesterday; PAST HISTORY. I believe he was speaking of the airworthiness history of the plane that crashed in Santa Ana which, by the way, was NOT "completely destroyed!" It was just destroyed.
Come on fellow writers, let's do better! And we don't have to "join together" or "follow after" each other-- just a little "joint cooperation."

Whether you love #guitars #NewYork or preserving history, here is one man who should be followed!

Good Morning!
Reporter's note:
As we report on the terrible fires in our state, it's important we don't confuse people. But that has happened over the past ten days because of the names CalFire attaches to fires.
When I first heard about the "Railroad" fire on the radio, I thought there was a fire on a train somewhere. The "Carr Fire" when reported outside of the print media sounds like a fire that began in a car. And the new "Holy Fire"... well, it has nothing to do with godliness.
Fire departments name fires based on the best estimate of where the fire began; usually using road names or landmarks. The names allow them to distinguish and remember the ignition points. It's their job to keep records.
We, on the other hand, just need to tell you there is a fire in a particular area burning in a particular direction. But journalists sometimes parrot language from officials out of an abundance of caution... and, I am the first to admit, out of a lack of discernment for clarity.
So try not to get tripped up on the sometimes strange names you hear and I'll try to do my part in being clear about the important things you need to know.
Oh, and the "Holy" reference?... Comes from a trail that was named after a guy from a hundred years ago named "Cussin Jim" but (if's reported) puritanical government types renamed him "Holy Jim". See what I mean about these names?

Today's news conference by new LAPD Chief Michel Moore is the most timely, unequivocating and transparent I can remember from the LAPD. No slight meant to his predecessor but if this is the tenor to come at the department, the public will be well served. Here is our link to today's #TraderJoes body / car cam video:

Melyda Corado was struck by officers' gunfire while they were engaged in a shootout with the suspect.

An Early Happy Fourth of July

I haven't posted much on this page lately, maybe because there is little room in which to fit an optimistic word during this vitriolic time we are living in. I also am cautioned, as a journalist, to weigh carefully my words, even my "likes" and "retweets" lest I appear biased. Well, we all have bias but let me instead, as we approach the July 4th holiday, tell you what I am an advocate for.

These are things not to be toyed with because, when they are, the course of our country can be perilously altered; lives can be lost. Thursday's massacre of journalists at the Capital Gazette in Annapolis, MD leaves no doubt about this. The news media have been under attack in a way not seen in modern history; ad hominem attacks-- vitriol taking the place of fact-based argument. And nowhere is this more evident than at the top of our nation's leadership.

As I write this (Friday), our president made his first, albeit brief, remarks about the Capital Gazette mass shooting. The president said, " Journalists, like all Americans, should be free from the fear of being violently attacked while doing their job,". Yet he, above all other leaders, is on record delivering the greatest number of assaults on journalists. Beyond calling us "Fake news" he continues to call us "Liars", an "Enemy of the People", "The most dishonest people..." and worse.

When this message is repeated over and over not just by a president but by the Executive Branch of government and by congressional emissaries doing his bidding, people with an ax to grind become emboldened. This week, a Lake Arrowhead woman was recorded berating a young Latino man saying, “You’re rapists, animals, drug dealers, rapists, animals. Even the President of the United States says so...". She added she hated him, "...Cause you're Mexicans."

These attacks on journalists, on people who don't agree with a certain point of view, on people of color, on TRUTH have to stop. This is not a path toward freedom, liberty or justice; certainly not as our Founding Fathers envisioned. Please, as you think about celebrating your Independence Day, remember that these liberties and rights that are the pillars of our democracy come with responsibility. Be careful with them because they are more fragile than we realize. And they depend on all of us respecting them... and each other.

If we can't go to the #RoyalWedding, bring a little of the wedding to us! Us men don't quite have an answer to those hats!

A Black Student at Yale Was Napping in a Common Area, and a White Student Called the Police

White Yale student calls police on black grad student sleeping in common dorm area because she doesn't look like she belongs. Needs to be in #DonaldGlover's next video.
https://www.nytimes.com/2018/05/09/nyregion/yale-black-student-nap.html

It was the latest in a string of recent episodes in which the police have been summoned to respond to minor complaints involving people of color.

Finally got around to actually using the USGS new interactive earthquake zone map. Can really tell you if it's your fault!
https://maps.conservation.ca.gov/cgs/EQZApp/app/

Please note that creating presentations is not supported in Internet Explorer versions 6, 7. We recommend upgrading to the latest Internet Explorer, Google Chrome, or Firefox. If you are using IE 8 or later, make sure you turn off "Compatibility View".

Wonderful meeting everyone at @cbsthismorning. Thank you Gayle, Bianna and John.

I know I always need reminding... Join me in watching our special report on what we're eventually in for.

Good Morning! The mist has let up but the infield is still covered for today’s #worldseries game. Join us this morning #cbsla 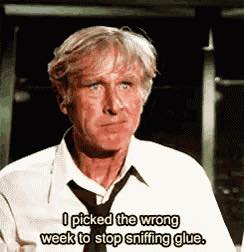 Not so much a man alone in his field... as me getting to man a lone field! #cbsla #Dodgers #luckyfan

Am I bribing you? Nah.. enticing you just to check us out. Very proud of what we do every morning! #cbsla

#LARams #Rampage thinks one of our set pieces is a relative.

Loved hanging with my #cbsla fam for the #eclipse2017 !

Be the first to know and let us send you an email when Jeff Michael Journalist posts news and promotions. Your email address will not be used for any other purpose, and you can unsubscribe at any time. 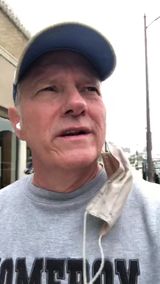 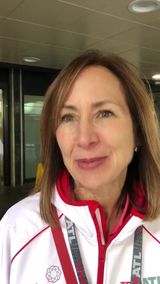 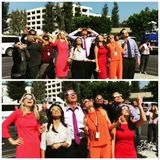 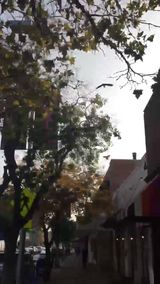 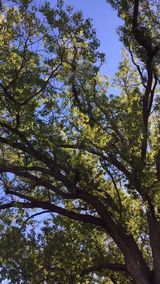 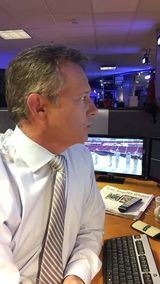 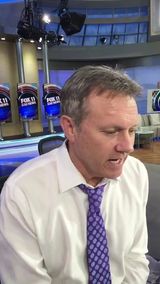 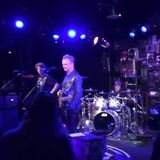 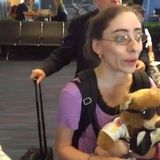 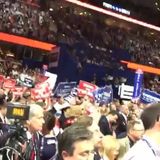 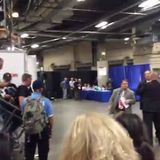 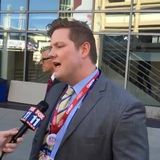 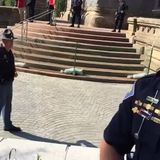 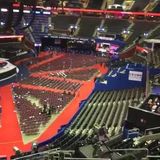 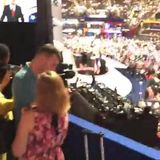 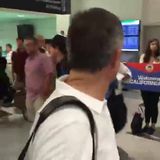 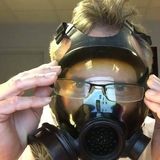 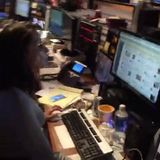 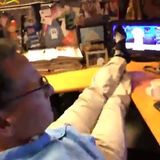 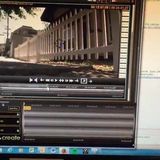 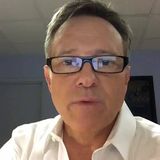 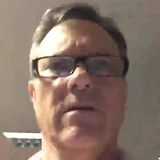 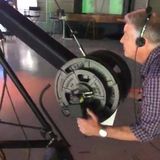 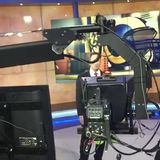 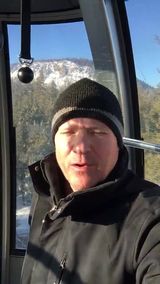