It’s always fun to cast a super hero, but it is amazing when it’s a Latinx Súper Héroe!

#Repost @disneybrandtvpr
・・・
#UltraVioletAndBlackScorpion premieres June 3 on @DisneyChannel with back-to-back episodes! The series follows Mexican American teen Violet Rodriguez who is chosen by a magical luchador mask that transforms her into a superhero. The series will stream shortly thereafter on @DisneyPlus. #NationalSuperHeroDay #casting #castingdirector #castingagency #actors #premiere

#Repost @disneychannel
・・・
Get ready to mask up and throw down with #UltraVioletAndBlackScorpion 💜🦂 Watch the premiere Friday, June 3 on #DisneyChannel!

Thank you AMAZON for inviting me to participate in this discussion. It is so important to have these conversations if we want things to keep changing.

#Repost Casting Society @csacasting
・・・
DEADLINE EXTENDED: Tuesday 1º March, EOD.
Casting Society is hosting an Artios Awards Red Carpet Self-Tape Challenge for Actors!⁠
⁠
Casting Society and @castingworkbook are collaborating on a self-tape challenge for our upcoming Artios Awards streaming worldwide on March 23, 2022.⁠
⁠
The self-tapes will be reviewed by Casting Society Casting Directors. Five finalist self-tapes will be selected and streamed during the Red Carpet event for Casting Society's Artios Awards.⁠
⁠
⭐ Deadline to submit is Sunday, February 27th at 9pm PT. The link to submit is in our bio! ⭐⁠
⁠
Tell us a fun story about your favorite casting director in 30 seconds or less. All talent will receive a Self-Tape request via email following their headshot submission: All ages, all ethnicities, male, female, non-binary - everyone is welcome to submit. By submitting a self-tape, you agree that the content is the property of Casting Society and can be used at their sole discretion.⁠
⁠
*There is no fee for signing up or submitting a self-tape on Casting Workbook.
* Valid for North America, UK and Australia only.

I was so happy to be part of the mentorship roundtables during this year’s 2021 Diverse Women in Media Forum. Thank you @nalip_org for organizing such an important event.
#dwimf21

Thank you @nalip_org for organizing such an important event. I’m so happy to be part of your mentorship roundtables.

Thank you @colourentertainment for organizing this panel, it is so important to have these conversations if we want things to change.

#Repost
・・・
Last night we had a meaningful conversation about Latinx casting and the importance of authentic and nuanced representation.

We want to thank our fabulous panelists for their honest opinion and advice.

This candid conversation with industry leaders will center around the importance of visibility on screen as it related to the Latinx community. Through personal reflections, our guests will unpack their experience advocating for authentic and nuanced representation.

Open to Non-Colour Members. We welcome you to share this event with your friends and colleague.

Be the first to know and let us send you an email when Carla HOOL Casting posts news and promotions. Your email address will not be used for any other purpose, and you can unsubscribe at any time. 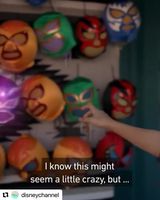 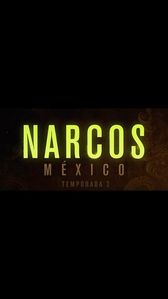