Where You From (feat. Esjay Jones) by Shy Jay

Stream and Save Where You From (feat. Esjay Jones) - Distributed by DistroKid 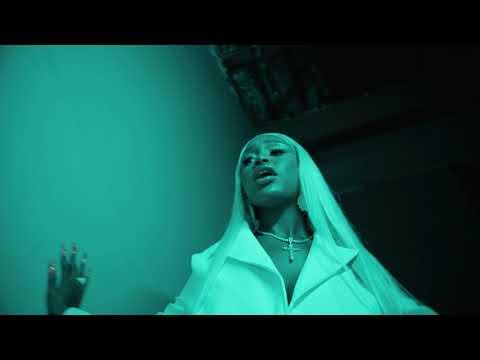 IG: @jourdinpaulineEP: LOVE SONGS ABOUT NOBODYAvailable on all major platforms!

Help one of our favorite Gravelpit Music musicians, Torii Wolf , get on the big stage at the Hollywood Bowl all while helping us support the American Foundation for Suicide Prevention. This amazing organization is dedicated to saving lives and bringing hope to those affected by suicide. VOTE!!!

Time to stop the music and listen, stand up and speak out! We continue to stand with the black community, our artists, our peers and the music industry. Action must happen so that change can happen! 🖤 #theshowmustbepaused #blm #blacklivesmatter #gravelpitmusic

Thanks The Hollywood Reporter for the shout out! Gravelpit Music repping at Sundance Film Festival 2020 in the film #ZOLA. "eclectic music selection (the use of 1960s female doo-wop group The Clickettes' "Because of My Best Friend" is especially gorgeous)." Thanks to all the supervisors and clearance peeps for including us in the film!

Taylour Paige and Riley Keough star in this wild odyssey through the Florida flesh trade, based on one woman's epic Twitter rant that went viral in 2015.

We are super excited to have music in the amazing film #FordVsFerrari. Go check it out while it’s still in theaters. You won’t be sad you did!!! #GravelpitMusic #MusicPublishing #MusicLicensing #TheChips

Leave a legacy of greatness. The 2019 Jeep Wrangler. For more than 75 years, the Jeep name has been indelibly associated with freedom, authenticity, adventur...

Check out the official Halloween trailer starring Jamie Lee Curtis! Let us know what you think in the comments below. ► Buy Tickets to Halloween: https://www...

The Hate U Give | Official Trailer [HD] | 20th Century FOX

Get tickets now: https://www.thehateugive.com/ Starr Carter is constantly switching between two worlds: the poor, mostly black, neighborhood where she lives ...

Stoked to be apart of the 2018 Fall line for Tommy Hilfiger and their adaptive line. They got that "Swag"! #Swag #VSDN #TommyHilfiger #GravelpitMusic

What is independence? For the one in five Americans living with a disability it starts with being free from the challenge of getting ready each day. Tommy Ad...

The revamp on the new #GravelpitMusic site is complete! We are stoked to share all the latest and greatest that is going on with our company. Tons of bad ass new placements and artists have been added to the roster. Check it out! (peep it on your computer in full screen for optimal wow factor)! #musicpublishing #musiclicensing #musicsupervision #musicindustry #musicbiz #damngoodmusic

Raising the music bar, Gravelpit Music has signed an amazing catalogue of talent since its inception. The musicians that Gravelpit represents speak not only to a new generation of fans, but tap into the old-school era as well.

If you don't know, now you know! Gravelpit Music is repping hard with 3 songs in TONIGHT'S episode of grown-ish on Freeform. Music from the amazingly talented Natalie Major MEELS MUSIC and Rasheeda -- these ladies are taking over! Tune in tonight and catch the magic! 8/7c

We teamed up with Gravelpit Music, Noah Diamond and Maybelline New York for this steamy commercial featuring Gigi Hadid.

Keep watching this space for more!

Gravelpit Music is stoked to say we did the music for new LG G6 commercial and it's RAD!!! Fabio Angelini killing' it with the the remix of the Etta James classic "Somethings Gotta Hold On Me"!

LG G6 Commercial 2017 Dynamic Song by Etta James. You can watch the new LG G6. LG presents the G6 smartphone. LG G6 has a big screen that can fit in the palm...

Check out our latest and greatest ad spot for Mercedes-Benz and the PGA TOUR + Rickie Fowler How about that #GWAGON baby!?! Your musical talents are amazing Benny Reid #GravelpitMusic #MusicLicensing #Supervision #Publishing

Sundance Review: Brigsby Bear Is the Feel-Good Kidnapping Movie of the Year

#SuperBowl51 looked extra good this year thanks to this hot sync that Gravelpit Music and Far East Movement hooked up for Fast & Furious8 #TheFateOfTheFurious! So super pumped that this worked out and we have a Super Bowl Commercial under our belt! On to the next!! #Push #FarEastMovement #GravelpitMusic #MusicLicensing #Savage #Kronic

Gravelpit Music had the amazing opportunity to do the #MusicSupervision for the multi award winning film #LoveIsAllYouNeed? It was an awesome experience getting to work alongside such a talented team. Thank you Genius Pictures and K Rocco Shields for letting us help the vision come to life -- musically. Can't wait for the big Hollywood Premier tomorrow!!

African Voices, a song by Bon Voyage on Hype Machine

Gravelpit Music has some new swag! Check it... All great things come to an end and Gravelpit Music and No Money Kids made sure that Banshee went out in style by closing out the series with the killer jam #Government. Thanks for the ride #Banshee and Janet Lopez

Gravelpit Music is rocking the big screen, in a big way, in Barbershop: The Next Cut with 4 killer songs!! Check out Kanary Diamonds Anthony Coldwinter and Sheena Player banging it! #CloudyFoggyRooms #GetDiamonds #ImOnThatNewDeathRow #SaidImStraightTrippin

Will Arnett on His New Netflix Show, ‘Flaked,’ and a Career of Playing ‘A**holes’

Gravelpit Music is super stoked to be apart of the new Netflix series from Will Arnett -- Flaked!! Be sure and catch the amazing artists from our roster:: #BuddyStuart #MountSaint #Husbands #StopDead #TrophyBoyfriend #KidFrancescoli #Covenhoven #GoodBlood

The actor talks about his darkest role yet in his Netflix show ‘Flaked’—and the future of ‘Arrested Development.’

Danielle Parente "The Way That I Feel" Official Music Video

If you didn't catch this weeks episode of #TheFamily on #ABC -- do it! Gravelpit Music and Danielle Parente kill it with her song #TheWayThatIFeel -- check out the jam and the video and snag the song for yourself on iTunes

The Way That I Feel Written and Performed by Danielle Parente Music Produced and Mixed by Sage Atwood Directed by Tommaso Cardile Director of Photography Nic... 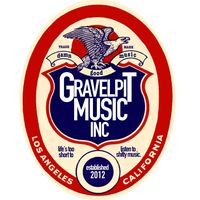 Gravelpit Music will be hitting CBS in the series #LifeInPieces - Tomorrow Night! Check out "Rock This" by Jason Jaxx & Ricky. Look out 2016 -- Gravelpit Music is taking over!!

Gravelpit Music is lighting up the screen with Tina Fey and Amy Poehler in the new release Sisters!!! Go check out the awesome singe from Mount Saint #NewAge. In theaters TODAY!!!

Gravelpit Music is getting fancy in a hot new campaign from Movado!! We are very thankful this season for BOMB watches, BOMB music and BOMB artists on our roster!! Get it SMASH COAST Music #GildeFlores #FredTaylor #HeyJumpIn https://youtu.be/8_zSiHWXULI

The art of collaboration goes to the edge.

If you haven't checked out #TheNightBefore yet, YOU NEED TO!!! This movie is hilarious. If that's not enough, Gravelpit Music artist TERRAVITA is lighting up the party with their hit single #WeAreAlive. Miley Cyrus, James Franco, Seth Rogen and Joseph Gordon-Levitt all get down and dirty to the jam, so you should too!! Happy Holidays from #GravelpitMusic!!

Check out Tonight! | Rosewood on FOX

Fox Network new hit show Rosewood is on tonight and featuring none other than the talented @rjfullrange and his hit single "Time Will Surely Tell" from the Gravelpit Music camp! Tune in and catch the greatness! #RJFullRange #TimeWillSurelyTell #Rosewood #GravelpitMusic

There's an exclusive scene from Empire in tonight's Rosewood! Tune in at 8/7c on FOX!

Be the first to know and let us send you an email when Gravelpit Music posts news and promotions. Your email address will not be used for any other purpose, and you can unsubscribe at any time.

Send a message to Gravelpit Music:

Raising the music bar, Gravelpit Music has signed an amazing catalogue of talent since its inception in 2012. The musicians that Gravelpit represents speak not only to a new generation of fans, but tap into the old-school era as well. The Los Angeles-based Music Publishing + Licensing + Supervision company prides itself on working with the brightest and most bad ass musical talents and creative minds on the globe.

Gravepit Music has an arsenal at hand and an agenda in mind.

Thanks Stacee Coleman for teeing this song up. Gravelpit Music is killin' it. Roswell, New Mexico also killin' it. New Episode tonight 9pm EST. Listen for our new tune, "Alchemistress Dance" featuring our new Dean Guitars mandolin... and by all means, smoke 'em is ya got 'em. thanks for the cover art Steve Mehallo Happy 420 everyone. #420 #Gravelpit #CWroswellnm #ilovemydog
Tonight, catch a song I co-wrote with Savvy & Mandy & Fabio Angelini called “Forget About It” in episode 2 of NBC’s new show Perfect Harmony // Thanks Gravelpit Music! 🙌🏽🖤🙏🏽