We are a commercial and music video production company focused on new visual media advertising opportunities in addition to traditional broadcast and print.

| MUSIC MONDAY | New York, you may be rainy and cold but we love you anyway. New weekly playlist in bio 🎶 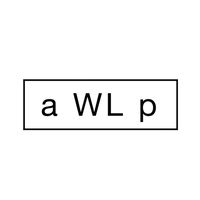 Jonas Blue ft. RAYE 'By Your Side' by Arni & Kinski on Promo News

Review: The Sqirl Cookbook, ‘Everything I Want to Eat’

Order up! The New York Times reviews 'Order Everything I Want to Eat: Sqirl and the New California Cooking' which features Claire Cottrell’s visually striking photos.

AWHITELABELproduct updated their information in their About section.

AWHITELABELproduct updated their information in their About section.

The Tribeca Film Institute held a screening for Gillian Laub’s Southern Rights at Otisville Prison for its inmates.

Filmmaker Magazine discuss the upcoming documentary, 'Trophy,' with Director Shaul Schwarz and DP Christina Clusiau as they anticipate the film's premiere at Sundance.

Shaul Schwarz and Christina Clusiau are the cofounders of Reel Peak Media, a production company that prides itself on documentary work of both

Whiteness and Race, Between the Storms

The New York Times sheds light upon the cultural storm in Gillian Laub's 'Southern Rites' documentary and series of photographs that explores the sometimes violent attempts at reintegration of a Georgia town. #TBT

Pete Mauney asks viewers to look at race relations through white eyes in order to confront unspoken privilege and the lack of diversity in their lives.

Give your garments new life through H&M! Check out Crystal Moselle’s new spot.

Athleta rings in the new year with the #PowerofShe, helmed by Director Crystal Moselle.

This is "Eci Autumn 2016" by Sebastien Grousset on Vimeo, the home for high quality videos and the people who love them.

The "Wolfpack" director and the Academy Award-winning documentarian embark on a new humanitarian series for Water.org + Stella Artois

Good vibes all around! Check out Lacey’s new Target spot!

The Aussies aren't being sheep when it comes to racism

Crystal Moselle, the acclaimed director behind the cult favorite documentary The Wolfpack, has been tapped by Miu Miu to create a short

A Day at the Park With Fashion’s Favorite Girl Skateboarders

Miu Miu tapped Director Crystal Moselle to helm the 12th installment of its Women’s Tales series called “That One Day.”

Introducing Cat & Jack, kids' clothing with an imagination of its own. Shop looks for playing, dressing up and adventuring only at Target at [Target.com/cata...

The 50 Best Commercial Directors in the World

Our ranking shows the top of the crop: Everyone from top film and commercial directors to rising stars.

Dive into summer with Lacey's latest spot for Target!

Dive into summer with swimsuits for every body. Check out the looks target.com/swim and listen to the full "Genius of Love" DJ Cassidy Remix feat. Tinashe ht...

A MOVEABLE FEAST, a simply delicious new film from Lacey.

Get Full on Summer at Target :30

'Tis the season of lemonade and bbq! Party through the night in Matthew Donaldson’s new Target spot!

Freshen up your summer with recipes for every road trip, get-together and BBQ. Get meal ideas for the perfect lemonade stand, pool pizza party, grill favorit...

What Patrón's CMO learned from taking a chance on virtual reality

The Art of Patron shows that there's definitely some magic behind this handcrafted tequila.

Would you pay $1 million for a 2-minute video seen by a few thousand people? Lee Applbaum thinks maybe you should.. From Campaign US

Advertisers were among the first to experiment with virtual reality. Here are 7 brand experiences that define the state of the art.. From Campaign US

With winter slowly melting away, get ready for the warm spring with Matthew Donaldson’s new TargetStyle spot!

Everybody can soak up some sun and shop exclusive brands, only at Target.com. Shop all of the bathing suits [http://bit.ly/1QahtgS] and check out the full "G...

Be the first to know and let us send you an email when AWHITELABELproduct posts news and promotions. Your email address will not be used for any other purpose, and you can unsubscribe at any time.

Send a message to AWHITELABELproduct:

The World of Vera Wang - Vogue

Hey guys- We’re KCL and we build amazing Mascots for hundreds of clients including Nintendo and Ellen DeGeneres! Just wanted to introduce ourselves in case you ever need one for a Client or Commercial. Thx!
Check out https://imagelocations.com/ for filming locations near you.