The most widely syndicated columnist in the world. Providing common sense solutions to everyday problems now on Facebook! With a worldwide readership of more than 110 million, Dear Abby has a devoted following who wouldn't dream of starting each day without her.

The most widely syndicated columnist in the world and a true household name, Dear Abby is well-known for sound, compassionate advice, delivered with the straightforward style of a good friend. Share a laugh, shed a tear or learn something new every day with Dear Abby.

Benefactor Offers To Pay for Man's Back Surgery - Dear Abby

"Should I ask my fiancee for permission since this friend is a woman?"

DEAR ABBY: I'm a veteran with a nonservice-connected back injury. I need artificial discs between several vertebrae. The hospitals and clinics ignored my condition for the past 25 years. I will have an MRI soon. ...

"My husband is happy to buy it and not have the renovations made, but I'm not so sure. What should I do?"

DEAR ABBY: I am a newlywed. My husband and I are looking for a house to settle down in, but we're struggling to find one we like that we can afford. My in-...

Desire for Canine Companion Is Strong Despite the Risks - Dear Abby

"The wiser part of myself says no, but I want someone who is happy when I come home, kisses me, sits on my lap and shares my bed. And someone to care for. Any advice?"

DEAR ABBY: I am 60 and disabled. I desperately would like a dog. I'm not a cat person. I can't get a bird because I have lupus. Working at a shelter isn't an option...

"I don't want her to feel uncomfortable around us because I watch what I eat. Advice?"

DEAR ABBY: Recently, my daughter asked if her girlfriend could stay with us until the two of them move out in a month. To help them out, my husband and I agreed. The problem is, the girlfriend is very insecure about her weight. She's on the heavier side, and my daughter's weight is average.

"Are sexual relations something that can be mutually enjoyed, or just a requirement of marriage?"

DEAR ABBY: My wife of 41 years passed away four years ago. I'm in my mid-60s. I have sought grief counseling to fully process her loss. The counselor has e...

"When all this settles down, how do I even begin to address this with my MIL?"

DEAR ABBY: My husband and I are expecting our second child. Our first pregnancy ended in miscarriage, so we were overjoyed to find out I was pregnant again...

DEAR ABBY: Four years ago, I found out my husband of 28 years had a fling with a co-worker. Two weeks after it was exposed, the girl quit. I was devastated, but we reconciled....

"I can't force him to seek mental health help. Is there anything I can do? "

DEAR ABBY: I have two grown sons who are 13 months apart. The younger, age 44, constantly and viciously degrades his brother in text messages. His anger level is so high that on Christmas Eve two years ago, while he was visiting from a neighboring state with his wife, he declared, "F--- this family!...

"Or is moving back for two years the best for his (and our) mental well-being?"

DEAR ABBY: Because of frustration with our state's substantial COVID restrictions and our teen son's struggles with remote learning, we moved to another st...

"I was wondering, even though we call our priests "Father," can I also call him "Dad"? Why or why not?"

DEAR ABBY: I was wondering, even though we call our priests "Father," can I also call him "Dad"? Why or why not?..

"Let families know to include the work history of their loved one in the obituary, particularly if they had jobs dealing with the public."

DEAR ABBY: I have noticed so many obituaries omit where the person worked. A lot of people worked at the same places for many years. Coworkers and acquaintances I'm sure would like to pay respects to those who have passed.

"Is there a way to build a relationship with this adult child?"

DEAR ABBY: I ended my 24-year marriage after learning my wife, in addition to several one-night stands, had an affair with a married couple for nine years....

Dear Abby Poll of the Week: "Do you play the lottery?

"When I ask how he's doing, he just says OK and nothing more. Is there anything I can do to make him see what she is doing to him?"

DEAR ABBY: My grandson is in a relationship with a girl who manipulates him and abuses him emotionally. I told my grandson what she is doing, but he doesn't see it. Because of that, neither one of them is speaking to me.

"I can't imagine she won't experience a renaissance after this albatross is off of her neck. She has more than earned it. If you have any suggestions, I would appreciate them."

DEAR ABBY: I am an old man, married to a wonderful woman who does everything for me. I'm in poor health and don't expect to live much longer. My wife is a ...

"How do I find out if she has feelings for me?"

DEAR ABBY: I'm 69 and a retired military man. My wife passed away almost two years ago. I'm very fond of a single neighbor who is 30 and has two children.

"The invited sister is now threatening to give her invitation to my other sister! Have you ever heard of such a thing?"

DEAR ABBY: My daughter is having a small wedding. I have one sister that my daughter and I speak with who is invited to the wedding...

"What should I say to him that will convey my feelings?"

DEAR ABBY: I had weight-loss surgery three years ago and lost 134 pounds. Two years later, I traded addictions and became a problem drinker. During this ti...

Dear Abby Poll of the week: "Do you own or lease your car?"

"My hopes are shattered. I'm ready to curl up and die. What can I do?"

DEAR ABBY: I was a birth mom 45 years ago. My mother forced me to give up my child at birth. Not one person supported my wish to keep my child. My heart and mind screamed, "No, don't do it!" Now, the birth father says he's sorry because he's having serious health problems and thinks he could be dyin...

"How do I manage this because I'm hurting in my marriage and hurting by not texting her?"

DEAR ABBY: I have been married for 17 years with three great kids. My wife and I have struggled on and off during those 17 years. I often feel like maybe I...

"I don't want to be rude, but I can't figure out how to politely tell her that I have no interest in accepting her suggestions for an extended slumber party. How should I handle this?"

DEAR ABBY: I was recently contacted by my graduating class to help organize a reunion. Since then, one of the organizers has decided that our committee is an inseparable trio who must get together regularly by Zoom and occasionally in person.

"What do I tell my daughter about her best friend?"

DEAR ABBY: The pandemic has put a strain on relationships. Last year, I lost my best friend of 40 years over the COVID vaccines. I believe the vaccine help...

Dear Abby Poll of the Week: Do you have fresh flowers in your home?

"These are people I have known for decades, but I don't have the energy to act as emotional support for them anymore. I'd like to leave them in the best shape I can. What should I say to them?"

DEAR ABBY: This has been a rough pandemic for all of us. We have all experienced the constant fear of disease, job loss and the pressure to react to those stresses in prescribed ways that aren't always easy. For those of us who deal with mental health issues on the best of days, it has become a real...

Dear Abby Poll of the Week: Do you speak more than one language?

"Any suggestions would be welcomed, but I have pretty much-tried everything, including seeing a counselor." What should he do?

DEAR ABBY: I am a 47-year-old gay man. I'm well-educated, but there's something I can't figure out. Why do straight guys NOT want to be friends? I never hi...

Train Enthusiast Can Even Sound Like One - Dear Abby

"What do you think of my imitating a train whistle?"

DEAR ABBY: I love trains. I can imitate a train whistle, and I like doing it. I learned how to do it about 10 years ago by listening to trains whistle for many years. I'm in my 30s now. I know there are places I shouldn't do it. Some people I know like to hear me do it anywhere. Others say I should ...

"Could you please help me try to save our marriage?"

Imprisoned Man Worries His Girlfriend Is Missing Out - Dear Abby

"Is it selfish of me to allow her to stick it out with me, knowing I can't give her what she wants?"

DEAR ABBY: I am a 26-year-old man, and I'm currently incarcerated. My girlfriend, "Diana," and I have been together for four years. She has a 6-year-old da...

Use of Childhood Nickname Is Getting Old - Dear Abby

"I consider his refusal to understand how I feel a sign of disrespect. Am I wrong?"

DEAR ABBY: When I was in high school, I stopped going by my short nickname and began going by my more formal given name. Everyone has been respectful, except my significant other. When he met me 20 years ago, the change had already occurred. ...

Good Deed for Daughter Turns Into a Disaster - Dear Abby

What should we do when she finally gets a job, if that happens?

DEAR ABBY: I have a daughter who married a less-than-capable provider because she was pregnant. She's sloppy, hasn't seen a dentist in five years, barely k...

Dear Abby Poll of the Week: Are you planning upgrades to your house/apartment this year?

How should this cousin share her good news after a tough loss?

DEAR ABBY: I am pregnant with my second child. My first child is a girl and so is the baby I am expecting. A few months ago, my husband's cousin gave birth to a girl. The baby had a heart defect that unfortunately could not be repaired. She died four days after birth.

"Should I change jobs to have a new beginning, or consider a relationship with someone who doesn't have to be a secret?"

DEAR ABBY: I've been in a relationship with a man I met at work. It took me six months to decide to be intimate with him, and it will be a year next month....

Be the first to know and let us send you an email when Dear Abby posts news and promotions. Your email address will not be used for any other purpose, and you can unsubscribe at any time. 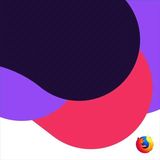 Women on the Web.