Congratulations to Spike Jonze on his second consecutive DGA Award for Outstanding Directorial Achievement in Commercials.

For the second consecutive year, Spike Jonze of MJZ has won the DGA Award for Outstanding Directorial Achievement in Commercials--this time on the strength of two entries: Med Men’s “Th

Huge Congratulations to Fredrik Bond and Spike Jonze on their DGA nominations!

Sandy Hook "Point of View" is nominated for an Emmy for Outstanding Commercial. Congratulations to Rupert Sanders and the entire team!

It’s class election day at Central Tate High and everyone has a point of view.

Mike Mills and The National Team Up For Their Latest Music Video "Hairpin Turns".

From The National's new album 'I Am Easy to Find' out May 17 Pre-order now at https://thenational.ffm.to/iaetf.oyd http://www.americanmary.com | http://www.4...

How Exclusivity Led to Immortality for Skittles | LBBOnline

How Exclusivity Led to Immortality for Skittles | LBBOnline

Excited and thrilled to see MJZ's Joy Kilpatrick featured this month by Source Creative as one of 9 tabletop directors in their October showcase! 🎯🏅💃
Proud of you, Joy! Most deserved!

Audi provides an 'Escape' for even the most stressful situations. Directed by Matthijs Van Heijningen

The world can be a stressful place. Audi Technology is designed to help you escape it. Escape with Audi Technology: http://po.st/AudiEsc Discover the Audi A8...

Check out The Perlorian Brothers' latest for KFC. It's Adweek's Ad of the Day!

He’s the new Sanders. And your dad. And your couch?

#KeepItInteresante with editor Alaster Jordan, director Tom K***z at MJZ, and Droga5 in the new campaign for Dos Equis! Check it out on Adweek! »

How many directors does it take to make a good film?
MJZ's dynamic directing team, The Perlorian Brothers, give us a strong argument for 2 being the magic number. See them featured in Source Creative's March Showcase on directing teams here!

Find out if two (or three or four or more!) heads are better than one in our March Showcase, highlighting talented directing teams from around the globe. Featuring Rattling Stick's Traktor, The Directors Bureau's CANADA, Iconoclast.tv and Riff Raff Films' Megaforce, LANDIA's We Are Magnolias, Park Pictures' The Mercadantes, PRETTYBIRD's Tim & Eric, Biscuit Filmworks UK's Big Red Button, MJZ's The Perlorian Brothers, and Sanctuary Content's Mindcastle. 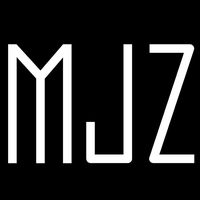 Guess what?!!?! Ad-Age has included another member of the MJZ family in its A-List Creativity Awards as a finalist for DIRECTOR OF THE YEAR!! We send out a HUGE CONGRATULATIONS to MATTHIJS VAN HEIJNINGEN on not only landing this spot as a directorial finalist, but also for his amazing SAMSUNG campaign, “OSTRICH”, which received two more nominations: Campaign of the Year and Craft of the Year!

MJZ is excited and honored to be included in Ad Age 2018 PRODUCTION COMPANY A-LIST!

We congratulate our fellow companies and give a special shout out to all the "Women of the A-List"!

Ad Age's annual A-List celebrates the very best that the industry has to offer.

Having now had the proper amount of time to independently and carefully consider the changes to the PHBP, we have decided to rejoin the Plan. For those who took the time to talk with me about this, thank you.

A VERY special congratulations to our directing team, HOFFMAN/METOYER, on their DGA nomination for Outstanding Directorial Achievement in commercials!
Shouting out both Julius and Will for making everyone here at MJZ so proud!
#DGA #Hoffman #Metoyer #MJZ 🎉😁👏🎥

A BIG CONGRATULATIONS TO MJZ DIRECTOR CRAIG GILLESPIE ON HIS GOLDEN GLOBE NOMINATION FOR I, TONYA!! ⛸️✨🎥🇦🇺️

MJZ is Shots' 2017 Production Company of the Year!

Dante Ariola's frightening short film for Xfinity is Creativity's Pick of the Day. Click if you dare.

Matthijs Van Heijningen's Monster.com "Saved by the Monster" is Creativity's Pick of the Day! http://bit.ly/2gI1tta

No7 MakeUp Ad with Monica Aksamit 60”

Celebrate the internal power and energy that cosmetics can bring in this new advert from No7. Wearing make-up for her and her alone Olympic fencer Monica Aks...

We Are America ft. John Cena | Love Has No Labels | Ad Council

Massive Congratulations to Rocky Morton on his Emmy Nomination for Ad Council “We are America”!

To love America is to love all Americans. John Cena takes a break between dropping body slams to drop some truth – that patriotism is more than pride of coun...

MJZ is honored to receive our 8th Palme d'Or, celebrating the most awarded production company of the year, from the Cannes Lions International Festival of Creativity this past weekend.

This marks an unprecedented feat, making MJZ the most awarded production company in Cannes Lions history.

We would like to take this opportunity to thank our directors and staff for helping us reach this milestone.

Congratulations to our Cannes Lions winning directors on their well deserved medals!

Spike Jonze's Kenzo "My Mutant Brain" took home 4 wins at the AICP Show last night! Congratulations to all of the winners #AICPAwards

Congratulations to our 2017 Andy Award winners!

Shortlists Unveiled For AICP Show and Next Awards

MJZ is the most shortlisted production company at the AICP Show with 33 mentions!

Matt Miller, president and CEO of the Association of Independent Commercial Producers (AICP), has announced the AICP Show & AICP Next Awards Shortlists.

Inside the mind of artistic pioneer Chris Cunningham: bit.ly/2k2s5F5

This Valentine’s we follow the story of a woman rushing through life. She moves so fast that not even cupid can keep up. Until one day she makes time for ple...

Be the first to know and let us send you an email when MJZ posts news and promotions. Your email address will not be used for any other purpose, and you can unsubscribe at any time.