Noirtainment is a SAG/WGA Signatory film/TV production company based in Los Angeles that produces dark, independent and thought provoking content that breathes the motto, finding light in the darkness.

A film and television production company.

Congrats to our very own Stephanie Hull, Art Director at Noirtainment for making Variety's Movers & Shakers list this week!

We are Noirtainment - Finding the Light in the Darkness - We Inspire Empower Enlighten & Entertain! #TeamHaisley would like to welcome the latest to join our animated/live-action series - Meet the talented and platinum record musician Toby Pipes, who join Haisley Animated Series as our Music Supervisor!

Welcome to @noirtainment where we #findthelightinthedarkness in our inspiring enlightening entertaining projects!

Created by Gunter Swoboda. The Crisis of Man takes a journey through time to the present day to examine what it means to be a man and what the implications are for men in this century.

Noirtainment is a full service WGA/DGA/SAG Signatory independent film and television production company based in Los Angeles that produces dark, independent and thought-provoking stories, and breathes the motto, “finding the light in the darkness.”

Meet the Writers of Haisley on Prime

Miranda Spigener-Sapon: “Finding the light in the darkness”

Keep your circle tight with people you trust that will support and have your back through good times and bad. That is gold, especially in this industry. Do be willing to allow others in, but keep a cautious eye out and open up to those close to you. As a part of our series about Inspirational […]

Amazon released our series early here is the mini-pilot yes these are short episode our pilot is short but the next 5 episodes will be ready to fully engage. Watch Share Love!

Haisley is the story of a young girl who finds herself awakening in an alternate reality and timeline. She must travel through this realm in order to find her way back to her own timeline and her father. What she doesn't know, is that she is the key in the bloodline for the future of humanity.

Our writer/director and president of production Miranda Spigener invited as panelist at the Real Reel Film Festival! 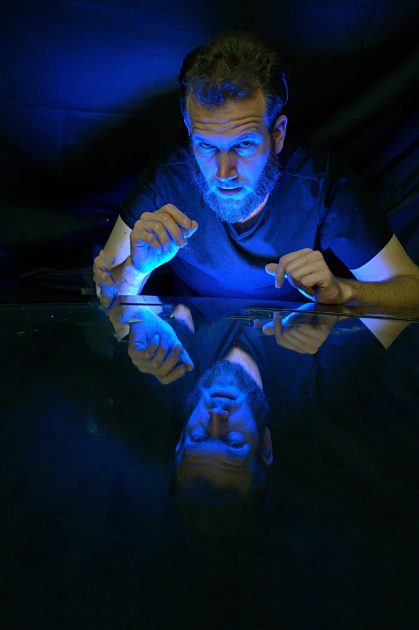 We did it. Defying all odds in a pandemic. Our first full length feature film psycho-drama Lifelines the Movie is going to Market American Film Market The Film Catalogue click to watch the trailer on the official page

When your mind is your worst enemy... Ethan Grayson has battled mental illness/bipolar disorder and depression all his life and after several years of drifting and being estranged from his family/friends, he returns to his hometown of Los Angeles and pays a visit to his successful, surgeon…

Check out our current animated series now in production:

Lifelines is a neo-noir drama that goes into the mind and life of a young man battling bipolar disorder and depression and its effect on friends and family.

Well here it is. Our first narrative Neo-noir feature film directed by Miranda Spigener-Sapon. Click below and navigate to the SignUp for news to see a VERY BIG TEASE of Lifelines. Then make sure you sign up for exclusive updates for the Lifelines private list. This will be the only public tease until the Cannes 2020 debut & its national release later in the year. This is not the official trailer, just a big short-short tease :-)

Lifelines is a neo-noir drama that goes into the mind and life of a young man battling bipolar disorder and depression and its effect on friends and family.

#SupportIndieFilm & #MakeADifference in Mental Health at the same time. We educate through literature cinema and the arts

A psychological, Neo-Noir/Lynchian Thriller that dives into the depth of mental illness. | Check out 'Lifelines the Movie' on Indiegogo.

Hi there friends and team of Noirtainment I be happy to announce if there’s a concern about project pls communicate to the writer/director of the same above thank you for your concern!!! - VP of operations & lifelines movie team

#movinginday! To the new studio welcome to new @noirtainment HQ where we can grow! My office has unblocked 360 views & yes that’s the #hollywoodsign #femalefilmmakereveryday #writerslife #writersofinstagram #noircity it’s official!!! 🙌🏻🥂😊

Noirtainment Productions would like to officially welcome Anna Sahlstrom to our growing team. She will be working as Assistant to Miranda Spigener Sapon, President of Production and other areas of production. Her background includes her script Her feature script, The Go-Girls, was a finalist in the 8×8 Screenwriting Competition in 2014. Anna’s first love is the stage and she has a Post-Graduate Certificate in Acting from Drama Studio London and attended the Summer Training Congress at ACT. And she has a Theatre BA, and Spanish minor, from LMU. Congrats Anna and welcome to our team! http://www.noirtainment.com/?page_id=1012

The Next segment in the teasers for Miranda Spigener-Sapon's debut novel Charles: A Marisa Romanov Story coming this November 2019 Everywhere from Winterwolf...

Be the first to know and let us send you an email when Noirtainment Productions posts news and promotions. Your email address will not be used for any other purpose, and you can unsubscribe at any time.

Send a message to Noirtainment Productions: 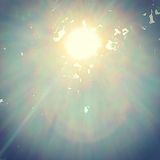 Noirtainment is a film and television production company based in Los Angeles that produces dark, independent and thought provoking content. Things may start in the dark/noir, but always reaching for the light.