A full-service, multi-Emmy award winning post production house designed specifically for the indie filmmaker. We are experts at post-production and can take your film or tv project through the entire process from shoot to final screening.

We know editing, we know sound, and we know about outputs including DCPs, Blu-Rays and streaming media. We understand film festivals and what they require. We can get you to where you need to be, comfortably, affordably, and professionally.

We know editing, we know sound, and we know about outputs including DCPs, Blu-Rays and streaming media. We understand film festivals and what they require. We can get you to where you need to be, comfortably, affordably, and professionally. Oh, nothing. Just me and the INVENTOR of the AVID 😃 I'm honored to be working (and playing) with Mr. Bill Warner, a rock-god. I mean, here's the father of modern post-production. I'm shooting a mini-doc while getting an exclusive firsthand look at his next level new visual technology that is an absolute gamechanger for storyboarding, pre-vis, and ultimately, production. #post-production #protools #premierepro #editing #filmediting #avid #editor #videoediting #technology #ai This hugely entertaining feature doc that I had the pleasure of working on is launching on its worldwide festival tour starting as an official selection at the London Sci-Fi Film Festival! Sound design and mix by Dave Eichhorn, directed by the super-talented Vanessa Yuille and co-directed by Matthew Jacobs. Check out the official trailer here: http://postinthewoods.com/latest-projects-news/187-doctor-who-am-i-kicks-off-world-festival-tour

‘Top Gun: Maverick’ Director Shot 800 Hours of Footage: ‘As Much as Three ‘Lord of the Rings’ Movies’

2 years in the edit room. 35 assistant editors. 6 IMAX cameras inside a tiny cockpit. The actors had to be trained so they could operate the cameras. Everything about the making of this movie is mind-bending & groundbreaking. Hope its good......

Shopping in the Metaverse Could Be More Fun Than You Think

Great write-up on CNET about a somewhat groundbreaking project I just finished working on. Is this the future of shopping?

Gucci, Dyson and other big brands are experimenting with immersive virtual experiences.

Article about our upcoming film in the Chicago press.... https://patch.com/illinois/oaklawn/l-filmmaker-shoot-movie-growing-hometown WTF??? This was just on KTLA

Grateful to the mayor and the entire city of Hometown, Illinois for a successful 3 day shoot capturing the Chicago snow & ice, to be used as b-roll for our upcoming movie Guys Night. This is just a start, we have plenty more to do, so check out the website below for more information or to share our Kickstarter campaign (link on website) which has 16 hours left to go!

17 hours go go on our Kickstarter Campaign. Please share and help kick this to the next level so we can continue to move towards our goal of bringing this movie to fruition.

Pretty impressed with this VR-inspired software called Backlot that I'm using for shot planning. Not only are sets immersive, meaning I can travel in and around every nook and cranny of a house, for instance, in 3d just by passing thru walls and thru floors from room to room, but I can dial in the time of day, (down to the minute) for accurate day / night simulation. Slick. #filmmaking #indiefilm #backlot #directing #postproduction #lifeinfilm #cinematography #guysnightmovie

After 35 years in the movie business, the time has come to direct my first feature. From left: cinematographer Louis Powell, myself, and screenwriter Niko Vitacco. Even though we are still in preproduction, we are raising funds to shoot some b-roll / establishing shots in the Chicago snowscape before the seasons change. We have a terrific movie. Think "The Tender Bar". Visit our kickstarter: https://www.kickstarter.com/projects/nikovitacco/guys-night
We're offering some fun rewards. Support quality indie filmmaking and please share with your friends! #indiefilm #guysnightmovie #postproduction #audiopost #directorslife #filmmaking #moviemaking #screenwriting

I am currently in preproduction with my film partners to direct a family-oriented feature film later this year! And we are raising funds to travel to Chicago to shoot some B-roll winter footage before the seasons change (among other things; details in the campaign below). Please share this with anyone and everyone who is interested in promoting indie filmmaking. A huge thanks in advance to all of you!

A comedy/drama about the struggles of divorce within families...specifically during the 80s.

You know you want some of this. #vitalfarms #organic #goodfood #yum #livetoeat #cheflife

One of two feature docs I'm currently editing is starting to find it's shape. Always an adventure getting from here...to there. It's all about the journey. Stay tuned for updates... #filmmaking #indiefilm #postproduction #editing #documentary #lifeinpost #directing #premierepro

Why live in LA? Where else can you go where the limes are luscious all year long... #margaritas #limes #freshfruit #yummy #cocktails #livetoeat #cheflife #foodie

Whats so great about LA? Where else can you go where the limes are luscious all year long..

This beautiful fresh snapper jumped onto my grill and gave its life so that it could be paired with some charred sweet peppers and a lovely chenin blanc.

Stoked to have been chosen to edit an intense psycho-thriller starting 2022. Here I am welcoming producer/lead actor Cary Mark to the Post in the Woods family. #filmmaking #indiefilm #editing #audiopostproduction #postaudio #actorslife

One of the feature films I just finished is already celebrating it's first WIN on the festival circuit!! FAKOV in AMERIKA has picked up
Best Picture and Best Actor at the City Film Festival, Stockholm, Sweden. I edited the movie, sound designed, mixed in 5.1 and created the trailer (check it out here: https://vimeo.com/474897144)

A hilarious film that centers on Ilia Fakov, a Russian national who's best friend is a cow named Masha. Ilia emigrates to the USA and attempts to find his way…

Terrific ADR session this morning with the one and only Bob Odenkirk! Stay tuned for something completely new....coming soon

Starstruck! That moment when you realize that Flo is in your house. Had a terrific ADR session with who may be the most successful commercial actress on the planet, Stephanie Courtney. An absolutely lovely human being. And VERY funny. #postproduction #audiopost #acting #actor #improv #funny #adr #mixing #postaudio #protools

Mixing another campaign for Walt Disney World on their 50th anniversary.....
http://postinthewoods.com/latest-projects-news/175-walt-disney-world-campaign

cannot love these guys enough. Been a fan for ages. Damn it's good.

Our first table read for an upcoming film project!! A great experience all around and a huge shoutout to the actors at Speiser-Sturges Acting Studio for helping us to bring our script to life. http://guysnightmovie.com/index.php/whats-new/34-first-table-read-for-guys-night

Post in the Woods updated their information in their About section.

Post in the Woods updated their information in their About section.

Be the first to know and let us send you an email when Post in the Woods posts news and promotions. Your email address will not be used for any other purpose, and you can unsubscribe at any time. 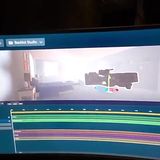 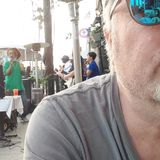 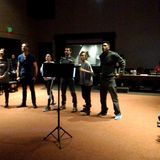 Scene from "The Illustrator"

Post in the Woods offers award-winning professional audio post services,specifically geared to the indie filmmaker. Located in Los Angeles right near Universal Studios, our edit suite is nestled in the trees above Los Angeles yet just minutes away from freeways, shops and restaurants. Private, comfortable, serene, quiet --- this is how our fans describe the studio setting. We offer editing, sound design, dialogue editing, ADR, Foley, music editing and 5.1 or stereo final mix. For those about to enter film festivals we also can create custom titles & graphics and we can design your movie poster. Questions about DCP and festival screening formats? We can advise and recommend the best facilities in town to get you what you need. Owner Dave Eichhorn is a multiple Emmy award-winning supervising sound editor with hundreds of credits on film and network shows for CBS, NBC, ABC Disney, HBO, FX Network, Showtime, Hallmark, National Geographic, USA Network and many more. Besides 3 Primetime Emmys, he’s also been nominated 11 times and has 5 MPSE Golden Reel Awards for best sound. Because of Dave's ability to merge the crafts of picture and sound editing, indie directors and producers are discovering the increased efficiency of having everything done under one roof. Dave's recent editing credits are Jon Voight's "JL Family Ranch" for Hallmark and "Culture of Fear" starring Malcolm McDowell (recent winner of the Indie Spirit Award at the Orlando Film Festival). Post in the Woods is currently doing a complete sound package including 5.1 mix for a feature starring Amanda Plummer and Piper DePalma, titled Spiral Farm.

One of the Guys… Dave Eichhorn | Director • 🎬 “GUYS NIGHT is a refreshingly original autobiographical screenplay based on a year in the life of the author and his brothers as they grow up in a Chicago suburb in the 1980s. Screenwriter/Actor Niko Vitacco has created a truly tangible world that many Americans will surely relate to; that of a tightly-knit middle-class American family struggling with the looming prospect of divorce.” ~ Post in the Woods We’re so close to our initial goal!! 💰 Your continued support will help bring this Hometown story to life, and push it forward, giving us the momentum to stay on track. Be a part of our filmmaking journey! 🎥 DONATE ⬇️ SHARE ⬇️ LIKE ⬇️ https://www.kickstarter.com/projects/nikovitacco/guys-night
[email protected] I have a pretty extensive collection of custom car recordings. Let’s see if I can trade you something.
I worked with Dave for years at Echo Sound Services in the 90's and early 2000's. He is such a kind and passionate guy. He loves his work and was always so awesome to be around. I hope to work with you again sometime soon buddy!