Maxfield & Parrish is a multidisciplinary consultancy and brand management company based in Los Angeles, California. At Maxfield & Parrish we carefully consider every stage of development and pay rigorous attention to each detail in order to create deliverables that relate clear, strategic messages tailored to specific channels.

Truly amazing 7 years of journey with lots of successful projects and incredible results. It is a real pleasure to work with our inspirational partners to solve problems in various industries. Artists who are at the edge of their creative process, classical music organizations from all around the world, talented start-ups and beautiful friends who share a vision of hope and success. Celebrating the 7th year today. We are Maxfield & Parrish. 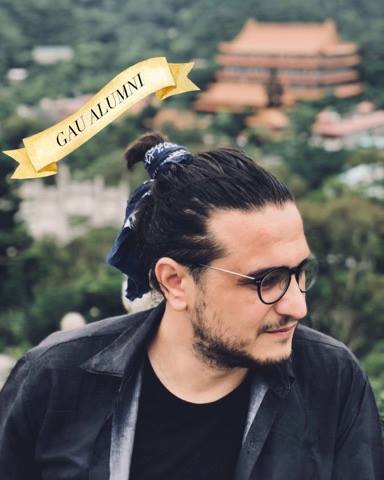 Q. what do you miss about GAU? What advice would you give to students?

- Founder of Maxfield & Parrish in Los Angeles and Heminngway in Istanbul

Truly amazing 4 years of journey with lots of successful projects and incredible results. It is a real pleasure to work with our inspirational partners to solve problems in various industries. Artists who are at the edge of their creative process, classical music organizations from all around the world, talented start-ups and beautiful friends who share a vision of hope and success. Thank you for believing in us! Celebrating the 4th year today. We are Maxfield & Parrish.

Rimsky-Korsakov - The Flight of the Bumblebee - theremin and p...

Rimsky-Korsakov - The Flight of the Bumblebee - theremin and p...

The 59th Annual GRAMMY Awards will be held on Sunday, Feb. 12 at STAPLES Center in Los Angeles, and will be broadcast live on CBS at 8p.m. ET/5 p.m. PT).

Check out his #LocalHero collection! 👉 www.HappySocks.com/gl/naim-josefi/emoti

Edward Hicks painted "The Cornell Farm" in 1848. Having trained as a coach painter, Hicks employed the direct approach of a primitive or folk artist. Where is your eye drawn first in "The Cornell Farm?" Is it to the horizontal band of prize-winning livestock across the foreground? What makes the animals stand out?

Hicks delighted in creating ornamental pattern, which we can see not only in the frieze of animals, but also in the arrangement of fences and buildings. The rich red and bright white of the house and barn symmetrically flank the central landscape. But while the stark silhouettes of figures and buildings seem naive, notice how Hicks softly blended his paints over the orchard to give the impression of space existing well beyond what the eye can see.

Happy Birthday, Los Angeles! Founded as a pueblo by Spain on September 4, 1781, our city of over 4 million residents turns 235 years old today!

"There's always hurdles. So I just keep moving, just constantly redefining myself. That's how you stay in the race." Isaac Hayes

Recognize the entrance? The Century Boulevard entrance to the newly completed Los Angeles International Airport in the 1950s that was part of a redevelopment plan. For current renovation updates check out LAXisHappening.com. #ThrowbackThursday [PIC] LAWA

Proud to be a HELLO STAGE Friend. Join the community now to expand your network. #classicalbuzz

HELLO STAGE is an innovative new online platform, targeted for the classical music community. Simply put, we connect musicians and ensembles with managers and promoters.

Best Orchestra Joke Ever! The funniest trombone section, WAIT FOR IT!

The statue of Beethoven in the Grand Foyer, Wiener Konzerthaus, 06.05.2016

TODAY in 1786: First Performance of Mozart's Marriage of Figaro at the Burgtheater Wien.

The Marriage of Figaro K. 492, is an opera buffa (comic opera) in four acts composed in 1786 by Wolfgang Amadeus Mozart, with an Italian libretto written by Lorenzo Da Ponte. It premiered at the Burgtheater in Vienna on 1 May 1786. The opera's libretto is based on a stage comedy by Pierre Beaumarchais, La folle journée, ou le Mariage de Figaro ("The Mad Day, or The Marriage of Figaro"), which was first performed in 1784.

The opera is a cornerstone of the repertoire and appears consistently among the top ten in the Operabase list of most frequently performed operas. Mozart himself directed the first two performances, conducting seated at the keyboard, the custom of the day. Later performances were conducted by Joseph Weigl. The first production was given eight further performances, all in 1786.

Anna Selina Storace, known as Nancy Storace was an English operatic soprano. The role of Susanna in Mozart's Le nozze di Figaro was written for and first performed by her.

We are a non-profit organization devoted to music education for everybody.

It has been an amazing year with lots of projects and great times. It was a pleasure to work with amazing clients who are at the edge of their creative process and beautiful friends around the world to share a vision of hope and success. Celebrating the 3rd year of Maxfield & Parrish.

Friday at 6:30 p.m., join magician Ryan Oakes and educator Megan Kuensting to explore “The Fortune Teller” by painter Georges de La Tour and the art of sleight of hand during this #MetFridays gallery conversation. http://bit.ly/1RGfTTM

Anne-Marie - Do It Right [Official]

Anne-Marie - Do It Right [Official]

Be the first to know and let us send you an email when Maxfield & Parrish posts news and promotions. Your email address will not be used for any other purpose, and you can unsubscribe at any time.

Send a message to Maxfield & Parrish:

This is the best slam dunk you've ever seen! 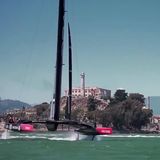 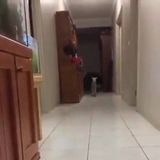 The World of Yesterday