We are thrilled to be an official partner of Nodle where viewers can earn passive income streaming our upcoming ESTV+ mobile app.

We are proud to announce our official partnership with ESTV! 🎮 Global ESTV viewers and users will be able to earn Nodle Cash while enjoying ESTV. https://www.investing.com/news/cryptocurrency-news/nodle-and-estv-join-hands-for-strategic-partnership-2565316
#esports #gaming #crypto #everybodywins Looking forward to a great partnership!

Today is the last day to register for the E1 Championship Season One!⏳ Grab this chance to show-off your skills in the premier sim racing tournament in Asia Pacific and win a slice of the US$15,000 prize pool . Hurry up and register now at http://bit.do/E1S1REGISTER.

E1 Championship is powered by Axle Sports and eGG Network, in partnership with ERacing GP and RaceRoom

Lionheart Racing Series is live now! Watch it on Roku, https://therokuchannel.roku.com/details/80285fd51ef95252ab8a6804ed44ebe9/estv or any smart TV, Samsung Galaxy Phone or any OTT.

Here we go Lionheart Racing Series Powered by HyperX fans! Today the Lionheart Retro Series presented by SimXperience Racing Simulators will have its 2021 debut on ESTV!

At 11:30 AM PST ESTV will air the Round 1 Espo Designs Miami 200. You definitely don't want to miss this one! You can tune in via Roku on your desktop at https://therokuchannel.roku.com/ You can also enjoy ESTV live on your smart TV's using Samsung TV Plus, Sling TV VIZIO and more! visit www.estv.co for full details!

Excited to be partnering with HYPE Sports Innovation!

Meet Our Esports and Gaming Partners

14 partners that are all joining us with the same intention... shaking the esports industry!

Looking forward to collaborating and bringing esports to unseen levels of innovation!

Starting TOMORROW the ultimate Madden Challenge begins on The Yard as high school students, college esports players, and celebrities compete for the title! Streaming live on ESTV socials tomorrow and premiering on the channel next week!

ESTV is proud to bring you the 12th Esports World Championship presented by the International Esports Federation where 6 continents (Antartica was busy) will compete in @dota2 @tekken and @officialpes
Coming soon to ESTV!!

Looking forward to the race tomorrow at 12 PM PST on ESTV!

The Lionheart IndyCar Series presented by First Medical Equipment is back on the big screen tomorrow!

You can find ESTV on Samsung TV Plus (channel 1357), Roku, Sling TV and more. You can check them out on their website for more information at www.estv.co

ESTV is going global! Happy to be partnering with @esegg_official

Tune in this weekend on Oct 24th & 25th to catch the re-air on the first ever dedicated 24/7 channel for esports and gaming personalities, ESTV! 👀 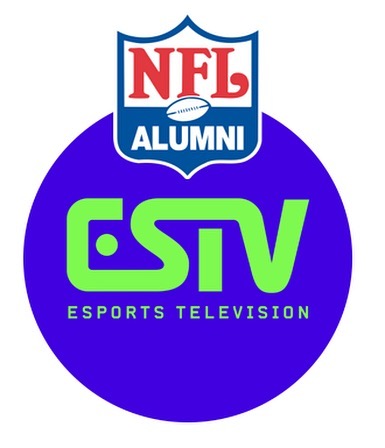 @extremenetworks Esports Center Level Up hosted by @ezone_games with @estv.co team, @ahmangreen30, @brock.vereen and @shaner34 on topics of Esports Movement, Beyond the Matches and Building the Hype!

We are blessed to have our great partners, Collegiate Sports Management Group Extreme Networks NECC Esports and World Pro Racing as our exclusive linear TV partners. Thank you! We could not have done this without our partners and our team!

ESTV is super excited to partner with @extremenetworks on Virtual Arcade on Sept. 16 & 17! Stay tuned for the live event casted by @brock.vereen and competing against other gamers by @estv.co team, @ahmangreen30 and @shaner34! Thank you @csmgesports!

Thank you so much!

ESTV, the first ever dedicated 24/7 linear esports channel and AVOD service were launched in May, 2019 to meet the demand for round-the-clock coverage from an insider perspective. Available on OTT, mobile, cable and satellite platforms and devices.

Thanks to our production partner:
@allied_esports

Thanks to our sponsors:
@jblaudio
@hyperx

Special thanks to @activision

We are happy to support another great event organized by our amazing partner, ESTV - a 24/7 Esports network.

The event will take place on July 26th from 4 to 7 PM EST. The invited celebrities, musicians, athletes and professional gamers will face each other in Call of Duty Modern Warfare’s point based 4v4 Battle Royale game mode.

Among the invited artists and sportsmen are names like NFL’s Shane Vereen, Kevin Ware, The Neighbourhood, Ambjaay and many others.

Apart from ESE Entertainment supporting the event with branding, design, and promotion, our brand - K1CK Esports will also make an appearance, as its star FIFA player, João "JOliveira10" Oliveira will take part as well.

Celebrities vs Pros and Gaming x Music, @nflalumni and @estv.co Celebrity Esports Challenge will be on ESTV EsportsTV Channel on July 26!

Event is to drive voter registration with @gamers.vote and to raise funds for Soft Giving.

Be the first to know and let us send you an email when ESTV posts news and promotions. Your email address will not be used for any other purpose, and you can unsubscribe at any time.

Send a message to ESTV: 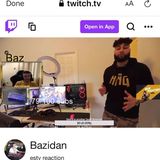 U.S. Marine Rocket League is on Estv Esportstv! Thank you for your service. 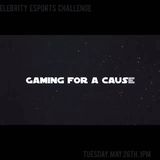 NFL Alumni & ESTV Celebrity Charity Challenge will be live on ESTV from 4 PM ET to 7 PM ET on May 12! 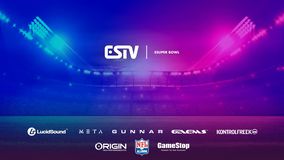 Come join us at eSuper Bowl esports events in Miami during the Super Bowl week presented by ESTV and hosted by NFL Alumni! ESTV’s super stars and NFA Alumni players will be there to host and commentate all the esports events! @nflalumni @estv.co

JBLM Warrior Zone Madden NFL20 will be airing this Saturday, 10/12 at 6:30 PM PST! Watch on us The @rokuplayer Channel! It will be hosted by @ahmangreen30 @brock.vereen @shaner34 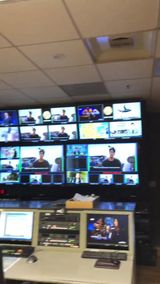