https://www.amazon.com/gp/video/detail/B09GGYS7ZC/ref=atv_dp_share_cu_r BLAME available now on Amazon Prime Video!! We're so excited to share our second film with you from talented director BJ Rayniak! Please feel free to share, rate, and leave a short spoiler free review! This will help us tremendously and we can't thank you enough!! We hope you enjoy the film!!

While on vacation in rural Wisconsin, five friends seek refuge in a lone building after their vehicle crashes in a vicious snow storm. With no cell phone service, the group splits up to find help, but when they reunite, one of them is found dead. Amazing packed house premiere for @blamemovie2021!!! Thank you to @emaginetheatres for your support and effort on hosting a first class event! Blame will be released worldwide on Amazon September 21st!!! Don’t miss it!! @amber_michelle_blake @bj_rayniak @raynidaypro #whocanyoublame

Production company growing!! Our second film partnered up with @raynidaypro called @blamemovie2021 is coming to you everywhere September 21st!!!!!!!

A motion picture filmed locally in the cold of the dead of winter will soon heat up the big screen.

WE loved working with Roberto on this Project! BLAME coming your way soon!! 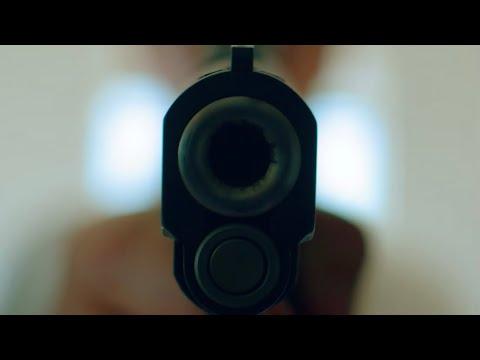 Actress Lauren Elyse Buckley chats about her role as "Mia" in the upcoming 2021 thriller BLAME!

Great interview with Delayne Mitchell about her role in our upcoming thirller BLAME! Check it out!

Executive producer of @blamemovie2020 @laurieb373 with the first ever printed and autographed poster for the upcoming press release! Thanks so much for going on this journey with us! @richardwblake @bj_rayniak @amber_michelle_blake #whocanyoublame #movies #drive #fun

Austin Brook lighting it up!!

"It's not just getting a job, it's doing the job."

A behind the scenes compilation of the Principle Photgraphy on set of The Rocket now available worldwide on Amazon Prime, Tubi TV, Disney+ Brazil, and on DVD & Blueray!

Working with composer Steve Kukla on the original score for our upcoming film BLAME!

Amberock Productions is proud to be working with David Donahue, Agent Leslie Miller, and the August Smart Lock app. Viewing homes while observing all Covid - 19 mandates and regulations is possible and enjoyable! For any online production needs, contact Amberock Productions by email at: [email protected]

Immediately after hearing that the California Associate of Realtors issued the "Entry Advisory & Declaration" we jumped into action to find a solution. Our p...

Had a great time producing this quick demo for David Donahue and The incredible August Smart Lock App!

We very happy to feature the August Smart Home lock system on our newly built homes! This allows for a truly contactless showing. Any real estate agent can p...

The Official Trailer for BLAME

We will be releasing our trailer for our second film, BLAME March 21st at 3pm PST! Producers Amber Blake, Richard Blake, BJ Rayniak & Angie Rayniak are so excited to share this new project with you, due out Winter of 2020! 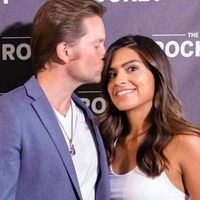 WE NEED YOUR HELP! The Rocket is now on AMAZON PRIME for free - Please take a few seconds click on this new link and leave a short review - It will help us out so much. This is the 2020 link: https://www.amazon.com/gp/video/detail/B083SGHVQB/ref=atv_dp_cnc_1_2

Once Upon A Time In... Wisconsin

Be the first to know and let us send you an email when Amberock Productions LLC. posts news and promotions. Your email address will not be used for any other purpose, and you can unsubscribe at any time.

"It's not just getting a job, it's doing the job."

A behind the scenes compilation of the Principle Photgraphy on set of The Rocket now available worldwide on Amazon Prime, Tubi TV, Disney+ Brazil, and on DVD & Blueray!

Get your tickets for THE ROCKET on the big screen!

Amberock Productions is coming to Wisconsin this August and they want to hang with you! Get your tickets for the 8/29 event here! https://www.eventbrite.com/e/the-rocket-qa-first-look-trailer-of-blame-tickets-65594417669?utm-medium=discovery&utm-campaign=social&utm-content=attendeeshare&aff=escb&utm-source=cp&utm-term=listing 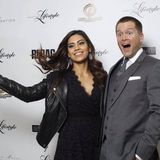 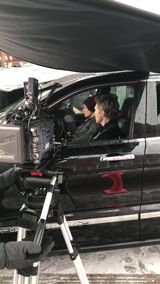 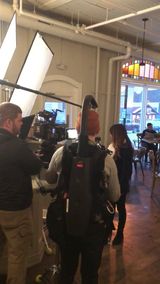 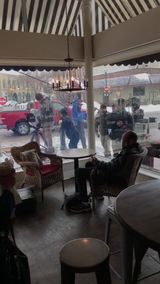 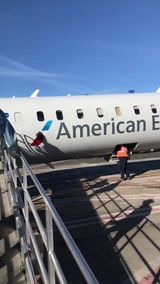 Flight to first location for BLAME! 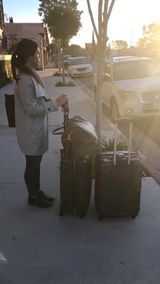 “It’s not just getting a job, it’s doing the job,” - Founder, Richard Blake

We all want to make a movie right? Somewhere deep inside we all have a story to tell, something exciting, inspiring, horrifying, & hilarious to share with the world. The question is, who’s going to do it for you? The answer is, probably no one. Richard Blake and his wife Amber Michelle, founded Amberock Productions, LLC in 2016 after ten plus years of working in the industry as an actor and writer. After years of working on legitimate production jobs and being on Major Studio and Indie Sets alike, he found he wasn’t getting to play the roles, or even be part of the projects he most desired. “It’s more than just getting a job,” Blake has said. “It’s telling the story, pulling the levers. It’s doing the job. The whole thing.”

After an exciting but somewhat disappointing press tour for the indie film “Snake & Mongoose”in which Blake starred, he began to start writing what would eventually be his directorial debut, “The Rocket.” Partnering with his wife Amber (Whom Amberock is named for, also its a nod to the iconic image from Steven Spielberg’s film “Jurassic Park”) they together formed Amberock Productions in order to finance, produce, and begin distributing their own content. The Rocket was distributed domestically & Internationally in 2018 and stars Disney Phenom Brady Tutton. In 2019, Amberock Productions once again joined forces with Rayni Day Productions and director BJ Rayniak to produce their second feature film “Blame” due out in 2020.

Enjoy the official trailer premiere for BLAME, a new suspense-thriller from Amberock Productions LLC. and Rayni Day Productions releasing later this year. Be sure to LIKE and SHARE to help spread the word! #WhoCanYouBlame