www.DanielleKeaton.com Dani is an Arts Education Advocate, Acting Teacher, Producer, and Founder of The Art Club. With over 28 years working in the Entertainment Industry, Dani found a passion discovering new & seasoned talent. #artseducationmatters Could not be more proud of these 25 Young Actors. Keep shining, keep sharing, keep being you!!

Some of the incredible artists i got to work with this past week!! 🖤🖤 @grieve.movie (on instagram)

When I’m looking for something healthy, refreshing, and filling, Nekter is my stop. I’m kinda there once a day. Not gonna lie. So many bowls to choose from, and the best part is you can customize your bowl to your liking! I love adding Vanilla Pea Protein + Cacao Nibs to mine. Don’t forget to use their app because who doesn’t like perks and free stuff?! ❤ #NekterAmbassador

thank u john The Markland Studio for creating a safe place for us Artists to play, get weird & vulnerable. 🙏🏻

❤ this place & these people so much ❤

Taking a @nekterjuicebar Slender Blender Break with my pal @austinchristopherbedell
🍒🥑

Have you heard about Nekter's NEW Slender Blenders? These new metabolism boosting smoothies are a must have when you're feeling a little low in energy or need that positive boost to get you through the day. Filled with fruits and veggies plus a blend of green tea, coffee berry & oat bran for the Metabolism Boost!

Featured here are Nekter's Up Beet & Avocado Dream. Aren't they so pretty looking? 🤩

Grab a friend and head over to your local Nekter Juice Bar!

This #photoshoot was so fun! Second Space

Friends, as we wrap up 2021 and head into a new year, you all deserve to feel your best. Nekter Juice Bar has become my go-to stop when it comes to living a healthy, on-the-go life. This is my favorite juice from Nekter their Toxin Flush, it gives me positive energy (better than coffee) to keep me motivated through out my day. So head over to your local Nekter Store and use my code: Dani50 to get 50% off a fresh menu item (smoothie, juice, bowl, or fresh shot)! Only available using the Nekter App & one use per app user. Redeem yours until January 15th! #livelifefresh #nekterAmbassador

Six years ago today I was blessed to be part of this raw, honest film about Borderline Personality Disorder.

I Am Borderline a beautiful short film Written/Directed/Produced by Dr. Betsy Usher about three characters with borderline personality disorder. The film is titled off of the campaign created by Dr. Usher stating that individuals with BPD are more than their diagnosis in order to help break the stigma of BPD.

Classes definitely looked a lot different this year but super grateful for having opportunities like this one! • Being able to have long time, dear friend Carter Jenkins take time away from filming in Bulgaria to speak to my class about being a Young Actor in the Industry, life advice, and so much more was so inspiring. Thank u Carter for being such a great role model!
•
.
.
.
.
.
#simplyacting #kooshball #actingclass #ocactingclass
#artseducationmatters #talentwithouttrainingisnothing @phantomprojects @theartclubmagazine

One year ago today! Wonderful words from my dear friend Carter Jenkins

The talented and beautiful Alyssa Hooper

Find your tribe that supports you, motivates you, and encourages you to be your best self!

Congratulations to my girl Alina-Sari for becoming a Verified Spotify Artist! Just the beginning girl!

i missed this soo much! Porter Robinson u are a genius 🙏🏻 🙌🏻

What an incredible experience!
Bravo to all the talented artists who opened: Jai Wolf Toro y Moi James Ivy Wavedash

also... 👏👏 to the production crew and everyone involved that helped make this event happen. You are appreciated & seen! ❤️

Nekter Juice Bar Pumpkin Spice Smoothie is sweet, refreshing and a perfect treat for sweet-tooth's like me. Best part is that they're healthy! Check out Nekter's new fall menu items!

Fun shoot with my girl!! and of course took some selfies...not sure whats up with my poses 😂 that's why im behind the camera!!

A few days ago but In honor of national Actors Day 🎭 My favorite production... Nine year old me & my Tateh John Rubinstein in rehearsals at Debbie Reynold's Studio in North Hollyood. Being part of the Los Angeles Production of Ragtime at the Shubert Theatre literally changed my life for the better. I still feel so blessed to have worked along side so many talented artists.

The memories are still so present in my mind...i miss you all!! I miss sharing this story! I miss Gliding!! ❤️

Be the first to know and let us send you an email when Danielle Keaton posts news and promotions. Your email address will not be used for any other purpose, and you can unsubscribe at any time.

Send a message to Danielle Keaton: 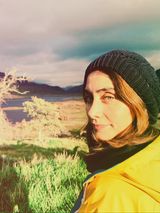 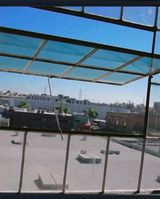 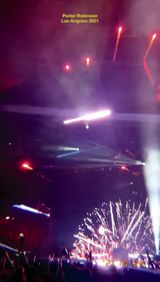 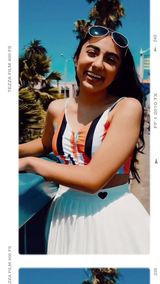 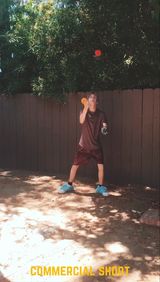 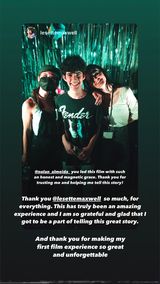 Nolan Almeida wraps his first lead in a feature! 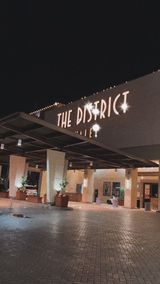 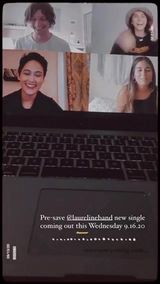 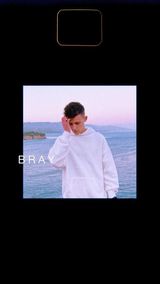 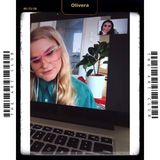 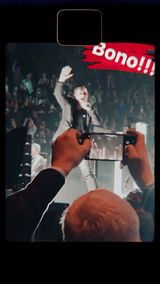 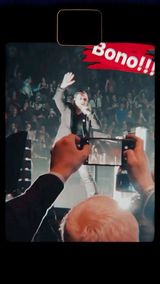 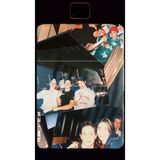 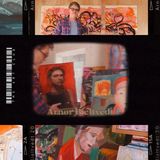 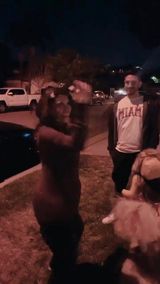 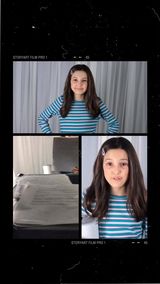 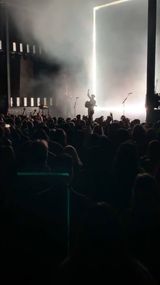 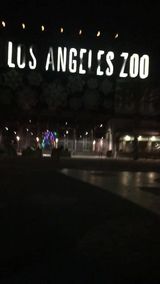 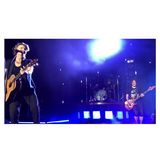 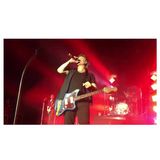 Dani Keaton is a Music and Arts Journalist who vigorously searches and dives into undiscovered, outstanding artists from all around the globe with exclusive interviews, videos and more. A highly in demand journalist breaking some of the hottest upcoming artists such as The Patternist, Joan, Olivera and many more, mixed with her envious California Lifestyle, creates story after story of new artists you can’t afford to not discover for yourself.

With over 27 years working in the Entertainment Industry as an; Actress, Casting Director, Producer, Acting Coach, Development & Director’s Assistant for Director Todd Phillips and Actor Bradley Cooper’s production company based out of Warner Brothers Studio, Dani found a passion discovering new and seasoned talent, which led her to create this platform for artists.

This weekend 25 courageous young actors brought it on stage, owning their craft & themselves!! You all shined!! #phantomprojects #ocacting #ocactingclass #ownyourcraft #actingclass Own Your Craft Workshop created & led by Danielle Keaton
SOLD OUT! Please DM us to get on waitlist.
Coming soon to our Streaming Performance Network 🎭 • Selected Scenes from this powerful play. "On their personal quests for identity, teens struggle everyday to live up to the standards of society, the media, their friends and the vision they see of themselves in the mirror. Through These Eyes tracks a group of adolescents dealing with difficult issues of self-image & related challenges. • . . . . . . #phantomprojects #nonprofit #educationaltheatre #phantomplayers #ocactingclass #theatre #acting #creativity #supportthearts #artseducationmatters #theater #lathtr #latheatre #octheatre #actingonline #theatreathome #theartsmustgoon #teensontour #actinglifestyle Danielle Keaton
On December 18, 2004 the crossover horror film “Puppet Master vs Demonic Toys” premiered on the SYFY Channel. Directed by Ted Nicolaou, written by C. Courtney Joyner and based on the characters of David Schmoeller (Puppet Master) and David S. Goyer (Demonic Toys), it is the ninth installment of the PuppetMaster franchise. Puppet Master vs Demonic Toys stars stars Corey Feldman as the great-grandnephew of André Toulon, and Vanessa Angel as the head of a toymaking factory who plans to dominate the world using its latest line of holiday products. It also features Danielle Keaton, Silvia Suvadova, Nikoli Sotirov, Dessislava Maicheva and Velizar Binev. The featured puppets include Blade, Pinhead, Jester and Six-Shooter while the featured toys include Baby Oopsy Daisy, Jack Attack and Grizzly Teddy. Traci Lords was set to star but backed out during budget conflicts between Shadow Entertainment (Full Moon Features) and the Syfy Channel. An unused storyline involved a girl buying the puppets from eBay and storing them in the Toyland Warehouse with the demonic toys. The movie was originally going to be the fourth entry in the Puppet Master series, but was replaced with the Totem story-line. (Photo Credit: TV Horror) #PuppetMasterVsDemonicToys #PuppetMasterFranchise
THE LATEST EDITION TO THE ART CLUB!! SINGER/SONGWRITER FROM ESPOO, FINLAND Olivera
It's your own birthday today, here's my tweet from Twitter! ✨🎁🎉💝🎉🎁✨ ;) https://twitter.com/EXE_Sp87/status/1156250225008369664