Never put your eggz in 1 basket, ALWAYS go with the flow of thangs. . .

Four new books demonstrate (again) why he’s the most famous (and beloved) detective.

How to Book a job or gig as an indie filmmaker

How to Book a job or gig as an indie filmmaker

DISCLAIMER: There are many ways of doing many things. Below you will read about one way of making money as an independent filmmaker. Ther...

A college student who will do just about anything for Internet fame is kidnapped by a fan, and her reluctant roommate is the only one who can save her in this horror satire of popularity culture.

The CineTRASH Podcast • A podcast on Anchor

The CineTRASH Podcast • A podcast on Anchor

REP0ZEZT dIII, a playlist by Art Holmes on Spotify

REP0ZEZT dIII, a playlist by Art Holmes on Spotify

A playlist featuring Die Antwoord, Agent Orange, Sour, and others

The long, brutal court case over the rights to Gilliam's "The Man Who Killed Don Quixote" is over, and the filmmaker lost the rights.

If you were a member of the American Cinematheque, you could see a sneak of DOWNSIZING starring Matt Damon & Kristen Wiig for free AND hear director Alexander Payne talk about it after the screening. We have a few spots that opened up in the show so JOIN now and get an invitation for Saturday night! Click for details: http://www.americancinematheque.com/amcinebiz/BuyMembership.htm

Connecting above and below the line women, and all genders who love making movies with them. 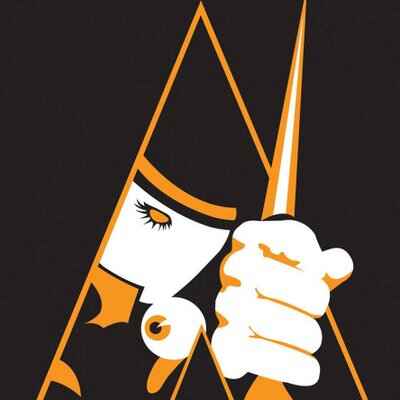 Jim Jarmusch’s Iggy and the Stooges Documentary Premieres at Cannes

Jim Jarmusch’s Iggy and the Stooges Documentary Premieres at Cannes

Iggy Pop: “I was on acid in more than several of the clips in the movie when I was young. I would go from feeling very aggressive to breaking out in laughter.”

It took over 100 artists to hand paint this movie about Van Gogh.

The Moment I Was Alone, directed by New York Film Academy graduate Kellen Gibbs, has been nominated for 20 awards at seven different festivals, winning Bes

Come down this Wednesday and check out the Battle of the Bands for Hair Nation Festival on 9/17 at Irvine Meadows Amphitheatre. Hosted by Eddie Trunk with celebrity judges Tracii Guns (LA Guns), Lita Ford, Brent Woods of Sebastian Bach band and producer Jay Ruston. Click here and get your tix http://tktwb.tw/2btficZ . See you at the Battle!

Hey Watcher Army here's your last peak of our show at The Viper Room a few weeks back. This tune is called "Down To The Bottom". we hope you Enjoy. Next Tuesday's Watcher Army Video is going to be another Happy Hour with Jenna Syde which is always a ton of fun! I may even bring a few friends along. Be sure to stay tuned and have an amazing week!

Kenny Baker, the man who brought the iconic “Star Wars” character R2-D2 to life, has died. He was 83. The Guardian, which confirmed the death, issued a statement from Baker’s niec…

“Hollywood And Beyond With Steven Brittingham” will have not one, but two guest stars coming up on Tuesday, August 9.  At 8 p.m. the first show’s guest will be actress Brenda Epperson, formerly “The Young and the Restless.”

The film industry has appeared to be shut tight to fresh talent, ideas & energy - until now! Learn how Lift-Off helps its filmmaker's to achieve realistic professional careers within the film industry...

Help Team Hamilton raise money for homeless kids, and win a pair of tickets to see Hamilton: An American Musical!

Rory O'Malley and Stephanie Klemons have formed Team Hamilton for the Broadway Sleep Out. Each donation of $25 or more made on behalf of Team Hamilton between 6pm on August 4th and 6am on August 16th will earn you a chance to win a pair of tickets to see HAMILTON at the Richard Rodgers theater on Tuesday, October 11, and go backstage after the show to meet cast member Rory O'Malley, who plays King George.

The winner will be drawn at random on August 16th.

Warner Bros. Cut Their Own Rival Version Of 'Su***de Squad' While David Ayer Was Still Editing

You could practically hear the teeth grinding coming from the offices in Burbank, California yesterday when the first reviews dropped for “Su***de Squad” (here’s ours). Currently sitting at 33% on Rotten Tomatoes, that’s only a very marginal improvement on the critical reception to “Batman v Superma...

Hello everyone!!👋🏽 it's been a long time! We are happy to announce that 'Betrayed' was accepted into the Reel Affirmations: Washington DC's International LGBTQ Film Festival 2016.
Thank you to the cast and crew for your dedication. Thank you everyone for your support! 🙏🏼

XOXO is a coming-of-age ensemble film about a group of 20-somethings on a crazy adventure to the biggest EDM festival in America, XOXO. The film follows six ...

One of the longest-tenured ring announcers in company history is departing to care for her ailing father.

Be the first to know and let us send you an email when CL0Ck W0RkEd BRdZ INk. posts news and promotions. Your email address will not be used for any other purpose, and you can unsubscribe at any time.