Built in the '60s and closed in the '90s for 25 years, it's a testament to analog recording, an auth

Valentine Recording Studios updated their info in the about section.

Valentine Recording Studios updated their info in the about section. 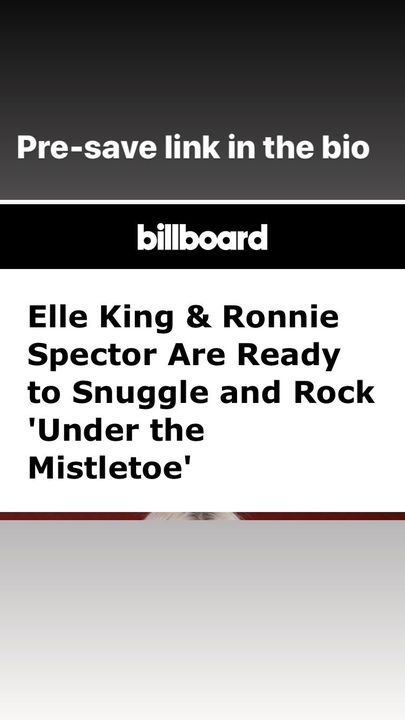 We’re happy to announce that Valentine Recording Studios as teamed up with Legend Ronnie Spector and Elle King to bring you “Under The Mistletoe” a Christmas Single coming out tomorrow Nov 29th.
Pre-save link - https://ffm.to/under_the_mistletoe 'It's part of our DNA': How California shaped the music of L.A.'s Haim

Check out this great LA Times article about Valley locals Haim, who recorded some tracks with us for their latest album. Have a great tour ladies!

On the eve of a tour behind 'Something to Tell You,' the sister trio discuss the inspiration they've taken from home.

Bluebirds Over The Mountain Recorded by Jimmy Valentine at Valentine Recording Studios!

Happy New Year to all of you, our friends and family and especially to the ones who helped us revive Valentine Recording Studios.
We are proud of all the amazing projects and artist that have already recorded here since reopening and are now part of the never dying Valentine legacy! The Coathangers,Nick Waterhouse,Leon Bridges, Night Beats,Brian Bell and @TheRelationship, Jesse Hughes, Sinner Sinners, SPINDRIFT, Grace Mitchell
Thank you and looking forward to 2016!

We are taking the past and bringing it #backtothefuture Be the first to know and let us send you an email when Valentine Recording Studios posts news and promotions. Your email address will not be used for any other purpose, and you can unsubscribe at any time.

✨ So excited to kick off the new year with a brand spankin’ new tune & upcoming music video!!! ✨ Givin’ It Up describes the journey of a partnership - the fears that hold us back from accepting the love we all want and deserve in this life and the rewards that you reap from finally embracing and opening up to that love. Sometimes surrender yields the sweetest victory! Written by Michael Rault & I, the basic tracks were recorded live to tape at Valentine Recording Studios with Lewis Pesacov at the helm, Michael Rault on electric guitar, keys, synths and backing vocals, Dustin Bookatz on bass, Ryan Miller on drums, Connor Gallaher on electric guitar and assistance from Franky Flowers! All these photos including the cover shot are by Sarah Ashley Eiseman from behind the scenes of the music video she directed for the song, coming very soon with hair & makeup by Jillian Wilkey! Single cover layout by BIG Chief! 🖤 https://open.spotify.com/track/6GBjQlL0o8lye3SSDzp5TO?si=lkCbUplcSiqOXQpRRJN38A
I’m super excited to be sharing a new Pearl Charles song today! Pearl & I co-wrote this one about a year ago. I woke up one morning and had a chorus idea and sat down at our Rhodes in our living room in the Mojave desert and came up with some chords and melody ideas, and Pearl & I then wrote it all and finished it over coffee. I’ve loved this song ever since then. The recording was done this past summer. We cut the beds live off the floor to tape at the historic Valentine Recording Studios, with producer Lewis Pesacov engineering, Franky Flowers assisting, Dustin Bookatz on bass, Ryan Miller on drums, Connor Gallaher on guitar, and myself on Wurlitzer electric piano. I later added guitar, Rhodes, various synths, organ, Celeste, percussion and backing vocals with Lewis & Pearl’s supervision as we rounded out the whole arrangement. The (upcoming) video, and all of these photos were done by the incredibly talented Sarah Eiseman. We shot for a couple days in Las Vegas and then an additional day and a bit at The Madonna Inn. It was a very fun process and I’m super grateful that Sarah was able to lend her talents to bringing the song to life in visual form. Pearl’s hair and make up was done by Jillian Wilkey! Design on cover by Harrison Roberts! Link to Spotify in comments.
Thought you guy's might enjoy this record, it's a 8' 45 rpm. was going through my record collection Anthony "Scooter" Teague. "Anthony Scott Teague" Recorded for the film "West Side Story" at the studio.
Outlaw R&B' is finally here. ♣️♦️♠️♥️ Released today via Fuzz Club, my new album 'Outlaw R&B' is now available on all streaming platforms and record vendors including Rough Trade, LEVITATION, Piccadilly Records and Easy Street Records, to name a few. You can stream/purchase the album and check out a brand new video for the opening track 'Stuck In The Morning' here: https://NightBeats.lnk.to/outlaw Words cannot express my gratitude in this moment, for now I hope you enjoy this chapter and I’ll see you on the other side. Love to Fuzz Club, Cooking Vinyl, Ardneks, Valentine Recording Studios, LEVITATION, Hamilton Boyce, Robert Levon Been, Chase Noelle, Travis Pavur, Tyler Fogerty, Sue Marcus & Stunt Company PR, The Planetary Group, In House Press, Evil Twin PR and Cabin Fever Collective 'Stuck In The Morning' video by John Mark Lapham
Some photos from the recording session of Dreamers Are Waiting in three amazing studios. Seahorse Sound Studios, Valentine Recording Studios and United Recording. ~Team CH
https://www.facebook.com/JivaSaktiBand
Don't miss it! Tomorrow, LP joins us from Valentine Recording Studios in North Hollywood for a virtual #FreeAtNoon performance!
Dreamers Are Waiting tracking in Los Angeles, 2020. Nick, Liam and CH tech Marcus read the wall hangings in the front lounge at Valentine Recording Studios. Pre-order the album now, out 4th June worldwide: https://linktr.ee/crowdedhouse
In The Studio with The Black Lips 🌹 📍 Valentine Recording Studios 📷 Yana Yatsuk
Hard at work ✨🎚 Valentine Recording Studios (photo by Sade Sanchez)
Hello, I work for an award winning studio who currently and for a limited time is taking artist submissions for our upcoming series. A true blend of music and unbeaten story line. I'm so very excited about this project and I think you will be too! Please come join us. Sincerely, Kristy Douglas EraLight Studios https://www.facebook.com/1989681501320943/posts/2387412831547806/