Agents: David Salazar, DPN (CA) Tel: 310-432-7800 My name is Sylvain Latendresse (my last name means Tenderness) and I am a French Quebec/Canadian voice actor. Born in Jonquiere, raised in Levis and studied and lived in Montreal for a very, very long time… One day, I was leaving to Spain but landed in Los Angeles. Look for the mistake!

A great tip from Sound Advice FIVE Things You Can Do to Further Your VO Career DURING the Holidays https://voiceoverinfo.com/five-things-you-can-do-to-further-your-vo-career-during-the-holidays/

Tweet ﻿ It’s started already. That feeling of being torn between embracing the best of the holidays and wishing they were over already so you can get on with maintaining (or creating) the momentum in your career it’s taken you all year to develop. Rest assured there’s plenty you can be doing...

Arcane
Episode: When These Walls Come Tumbling Down
A Riot Games and Fortiche Production for Netflix
Ella Purnell (Jinx)

At the beginning of the pandemic, I've thought I could make the jump to full-time VO... And it didn't happen... Listen to Marc Scott speaking with his guest Brandon Mill, his story will certainly inspire you.

It is very difficult to bring myself to switch from PC to MAC laptop. 2022 Resolution. Isn't that funny? #vo #vopro #frenchvoice

It is very difficult to bring myself to switch from PC to MAC laptop. 2022 Resolution. Isn't that funny? #vo #vopro #frenchvoice

Netflix, Amazon, Disney Plus, Apple TV Plus to Invest as Much as $330 Million in French Content Annually

Netflix (“Lupin”), Amazon, Disney Plus and Apple TV Plus signed a long-gestating agreement with France’s broadcasting authorities (CSA) on Thursday to start investing 20% of their…

Two great guys, Marc Scott and J. Michael Collins​, give a great show. The newest Marc Scott's podcast on VO trends. A must!

Are big changes coming to voice over in 2022? Will certain genres see shifts and others maybe not as much? What does the commercial voice actor, the political voice talent and eLearning narrator need to know to be prepared for the coming year? Most importantly, is A.I. going to bring about the apoca...

Really looking forward to this event. So many great panels, meet’n’greets, and autograph signings… it’s going to be such a joy to be able to see so many of my talented and beloved colleagues again… So many beautiful voice actors in one place.
Let me know if you’re coming and hopefully will get to meet in person.

15 Best USB Audio Interfaces in 2021 according to Sweetwater. https://www.sweetwater.com/insync/best-usb-audio-interfaces/?utm_content=article1-image&utm_source=insync&utm_medium=email&utm_campaign=20211130-t1t2

Mark Hamill, at his best!

Welcome to the Master Class. please join in as we witness two acting legends -- Mark Hamill and Lena Headey -- work out a scene from Masters of the Universe:... 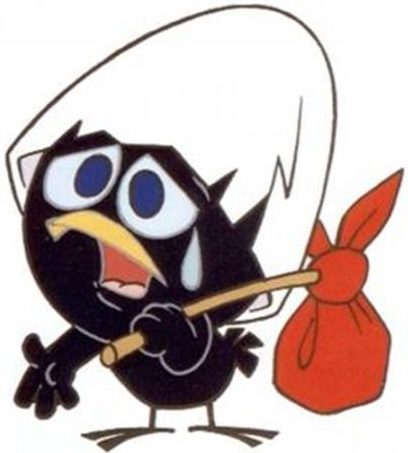 Imagine all the possibilities!

Imagine all the possibilities! 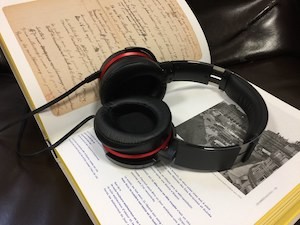 The Best Rate guide that you can find! Thanks to David Rosenthal and his team.

Be grateful! Have a great day!

Be grateful! Have a great day!

Val Kilmer Gets His Voice Back After Throat Cancer Battle Using AI Technology: Hear the Results

Val Kilmer Gets His Voice Back After Throat Cancer Battle Using AI Technology: Hear the Results

Val Kilmer lost his voice after a battle with throat cancer

Elizabeth Gillies stars as Catwoman, along with Stephanie Beatriz as Batwoman and Jonathan Banks as the villain Black Mask.

Do you need a Morning Motivation before starting your day? https://youtu.be/8i3mdThU0lM

Did you need a Morning Motivation before starting your day?

Need to laugh for a recording! Here is a great tip from Karen Strassman!

WHY DOING AUDITIONS IS A DUMB WAY TO PRACTICE - Nethervoice

To suggest that doing auditions is great practice, is ridiculous. I'll tell you why.

Heads up: freelancers are a prime target for cybercriminals

The nature of freelance work means your data (or your client's!) is more likely to end up at risk. 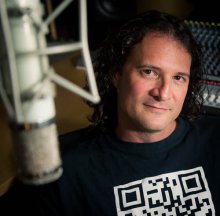 Why Do Voiceover Demos Cost So Much? -

Why Do Voiceover Demos Cost So Much? By Dan Friedman
https://sound4vo.com/why-do-voiceover-demos-cost-so-much/

Can I make a voiceover demo myself? No, you can’t or shouldn’t. Does that include coaching? No, it doesn’t and shouldn’t. Lastly, why does it cost so much? Keep reading. 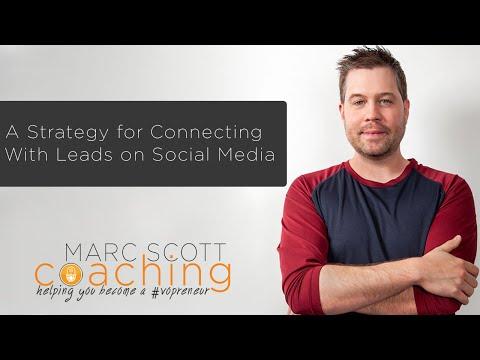 A Strategy for Connecting with Voice Overs on Social Media

Get a Custom Voice Over Audition and Quote at https://marcscottvoiceover.com*****When someone expresses an interest in working with you for voice over projec...

Those seconds of tranquility are brought to you by... my neighbor... To see the work that they have started, I have weeks of noise ahead of me. 😅😅😅

Squeeze Studio Animation, a company from Quebec, gets a Visual Makeover. Check it out! https://www.squeezestudio.com/en/home

If you’ve been in voice over for more than three minutes, chances are you’ve already experienced setbacks in your career. Whether it’s financial challenges while trying to fund coaching and demos, performance challenges in not being able to book the gigs, marketing challenges with trying to fi...

TikTok gets sued by actor behind text-to-speech feature

TikTok gets sued by actor behind text-to-speech feature

The actor only found out her voice was being used by TikTok when she was sent videos by her family and friends.

Big Bang Theory got us through the pandemic. It made us laugh, cry, and forget for a short moment all the bad news. What is your TV show or series that helps you to cross the pandemic?

Big Bang Theory got us through the pandemic. It made us laugh, cry, and forget for a short moment all the bad news. What is your TV show or series that helps you to cross the pandemic?

Last week, we had Timmy Turner under the spotlight. But this week on Talking Voices, Vicky is here to steal it away. On this episode, Grey Griffin (or Delisl...

Working on my Web Site https://www.sylvoiceactor.com/

Do you know how to promote yourself on Social Media? Watch Heidi Dean's new video!

MARKETING TIPS FOR ACTORS- The biggest social media promotion mistakes for actors. Social media can be an awesome way to spread the word about your acting pr...

Need to clean your microphone?

Hi, and welcome to our Channel! My name is Aviva and I'm an audio engineer and product manager at LEWITT. Many of you have been asking. How can you ensure th...

Sylvain Latendresse is a premier French-Canadian voice actor based in Los Angeles. He has been working professionally since 2008. Sylvain’s VO work includes French-Canadian, European French and English with a French accent.

Be the first to know and let us send you an email when Mr. Tenderness Voice Actor posts news and promotions. Your email address will not be used for any other purpose, and you can unsubscribe at any time.

Finally back from Levis, Quebec. Ready to get on the highway 2020! How do you see your new year?

In Wonderland: The Surrealist Adventures of Women Artists in Mexico and the United States. (French)

A little project I did. This is an excerpt from an article I wrote for the magazine 'Vie des Arts' a few years ago. This video was created to target Museums in the needs of French Audio Tour.

Isabelle By the artist Julian Voss-Andreae

This is my new Web Ad for Grey Goose. I give a recipe called 'Le Grand Fizz'. Sheers!

I did this photo montage to introduce my video game demo. A new way to showcase my work.

Two Men and a Baby.

A French Quebec/Canadian video I did last year for Sakrete.

This was a great spot to make with my friends Mukti Garceau and Philippe Bergeron. The company was looking for a French Quebec accent. We had a lot of fun!

An International Voice to Connect your World.

Sylvain Latendresse is a premier French-Canadian voice actor based in Los Angeles. He has been working professionally since 2008. Sylvain’s VO work includes French-Canadian, European French and English with a French accent. His signature warm and resonant voice will assuredly elevate your project—TV, Radio and Web Commercials, as well as Narration, E-Learning, Animation and Video Games.

Born in Jonquiere (Quebec), Latendresse completed his Fine Arts and Master’s Degree in Art History at the Université du Québec à Montréal (UQAM). A deeply creative and talented individual with an entrepreneurial mindset, Sylvain has far-reaching experience in film, theater, painting, critical writing and has worked for many top cultural institutions including the Ministry Culture of Quebec and Collection Loto-Quebec. He served as President of the Action Art Actual. Sylvain has also worked as an arts critic and has published over 50 articles in some of the most established Art magazines in Quebec such as Vie des Arts, ETC., Esse, Vice Versa, etc. Sylvain is also proud to have worked for 10 years as the Assistant Director of the Montreal International Film Market, a division of the Montreal World Film Festival.

Quebec accent!
Shaun is coming back soon!
Sad news for all Sponge Bob fans
My buddy, Sylvain!
Hey thx for letting me know I'm one of your top Twitter High Value Members-- send my T-Shirt ASAP!!!! I'd like it in Medium- and bright pink!!!😂
https://www.facebook.com/0nhold/....I'm moving forward adding more clients as I go along like it if you can....thanks buddy where's the new music cuts?
Merci d'etre mon ami !