Really had fun producing this song. If you haven't checked out Chloe Temtchine, watch this!

Dear Everyone, I'm so excited to share my new song "Rise" with you! I decided to release this song early so that it could be part of #MegastarApp's December Spotlight Competition. If you like it, it would be soooo helpful if you voted for it via the #MegastarApp. You can vote over and over and over again during the month of December! The competition is all based on votes. For now, we just need to get this song into the top 20 and to keep it there for the month of December.

Link to vote: https://megastarapp.com - The app is free. Just download and vote away :-)

Testing out the Softube Console controller at the AES 2017 🎶

New Music!! https://www.gabyborromeo.com/nothingtolose/
Huge Shout out to one of the most talented female song writer/singer that I've ever worked with, Gaby Borromeo! We have been working together for so long but never officially released anything. 🤣This is our first song!! There will be many many more songs that will be released soon. So STAY TUNED!!

It's official. I'm so excited to share with you guys that my song 'Nothing to Lose' is out on Spotify, Apple Music, iTunes, SoundCloud and more. Have a listen, and let me know what you think! ✨Thank you to the incredible @zenifmusic for being an amazing writing partner, and @kquickofficial for the awesome mix.

Hi, everyone, sending out a newsletter reeeally soon😀 I'm giving away a free copy of my new unreleased song, "Rise." To receive your copy, leave your email at www.ChloeTemtchine.com. Huge THANK YOU to ZeniF Byron J Wu for your amazing production! #Rise4PH 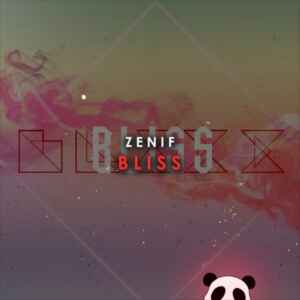 Shout out for the support on Bliss from Future Classics!! They have a lot of amazing tracks on their blog. Check them out!
http://bit.ly/2qCsfdM

Some video game style ish for you kiddos today. I dig it. Follow: @zenifmusic Guap. Out.

Stay tuned. New song coming soon.
4 songs and an EP in the queue!

Thanks Music Is My Life supporting Bliss!!
iTunes and Spotify version will be released in two days!
http://miml.co/music/zenif-bliss/

The title of this track is perfect because ZeniF brings pure bliss on ‘Bliss’. The track is future bass with a jazz and house influence. You’re gonna love it, just click play below Click here to grab the free download. LINK UP!!! ZeniF on Facebook ZeniF on Twitter

Huge Thanks to Future House Cloud for featuring Bliss in their "Best of EDM". Click the link below to check out Bliss and other tracks on the playlist!

Get the best new electro dance music selected by our team. - Hit the shuffle button and enjoy our selection.

Special Thanks to Panda Funk for releasing my Future Bass song Bliss!
Click on the link below to listen to the full version.
https://soundcloud.com/freethepandas/zenif-bliss-ftp016

Thanks for Abri for the amazing vocal lines to take this track to the whole new level.

Thanks for Jennifer Tam for collaborating with me on the artwork!

Session Selfie with @gabyborromeo 😎🎶🎵 She totally rocked the stage at the Voice competition!! Some new stuff from us will be coming really soon!!

If you haven't checked out Dominique 's EP. You should. Mix and mastered by me!

So excited to announce that my self-titled debut EP is officially out and available on all digital platforms. Click the links below to listen and check out its premiere on The Line Of Best Fit!

This is definitely the best virtual instruments demonstration ever! so good! Anomalie killed it.
https://youtu.be/1MGKqkX9iQQ?t=7m6s

Keyscape Creative is a FREE cutting-edge collection of over 1200 Omnisphere 2 patches specially designed for users who also have Keyscape. -- Available now! ...

New mini music video collaboration with Picasso Rarri! Check it out!
More videos like this will be coming soon. Really have fun with this one.
PS: turn on your sub or put your headphones on! #music #beats #soho #models #nyc

Hymn For The Weekend (ZeniF Remix)

New remix is out!
https://soundcloud.com/zenifmusic/hymn-for-the-weekend-zenif-remix

Ableton Link in the studio

This is some next level stuff. Good job Ableton
https://www.youtube.com/watch?v=E5gKYx3EzW0

Bieber, Diplo and Skrillex Make a Hit | Where Are U Now | The New York Times

Justin Bieber, Diplo and Skrillex talk about the making of their hit song “Where Are U Now”. Grab the embed code for this video at Times Video: http://nyti.m...

Haven't joined a remix competition for awhile, but cannot miss Zedd's remix competition. Too big to miss! If you like progressive house maybe you will enjoy my remix. Check it out guys. Any comments, supports, likes, listening are appreciated. Click the link for the full version.
http://zedd.amplifiertv.com/channel/ZeniFmusic

Thanks for Music Musings and Such supporting my track with Dominique with such an in-depth review! Check it out.

Wow. 360 VR experience on YouTube with your phone. This is the future. Pretty sick!

New Mashup.
Throw back to some of the classic progressive house tracks from last year.

Getting ready for my DJ gig tomorrow. Can you spot all the gears that are on the table? I will hashtag a few. #music #edm #dj #gig #gears #musicproduction #traktors4 #nativeinstruments #likeforfollow #mixing #maschine #vmoda #dangerousmusic #ableton #push #mac #apple #beer

Be the first to know and let us send you an email when ZeniF posts news and promotions. Your email address will not be used for any other purpose, and you can unsubscribe at any time.

Send a message to ZeniF:

ZeniF (Byron J. Wu) is a electronic/pop music producer, multi-instrumentalist (piano/guitar/keytar), DJ, sound engineer and a modern composer for film and multimedia. He received the award as the “Best Song” at the Grammy Career Day for his original music before graduating high school and has composed music for more than 30 short films, trailers, and commercials.

As a Taiwanese-American who was born in Manhattan, ZeniF is currently involved in producing, mixing and mastering several EPs, singles and albums with aspiring artists such as Dominique, Chloe Temtchine, Vivian Fang Liu, and Gaby Borromeo. He has co-written, produced, mixed and mastered s Dominique’s debuted single “It’s Only You”has been featured on UK online Radio, more than 5 music blogs, and as a trending top 30 on Hype Machine. He also has mixed and mastered Dominique first self-titled EP.

He is also involved in producing and mixing for Chinese Pop music, juxtaposing Asian culture, heritage, and music with those of Western elements. His original Chinese hip-hop song “Sung-bao” won second place in a theme song competition for the Chinese newspaper Sung-bao (爽報).

As a DJ and pianist, he has performed in venues such as Carnegie Hall, Terminal 5, and The Lighthouse in Chelsea Piers. As a mixing and mastering engineer, he has more than 8 years of professional work experiences with Protools, Logic and Ableton for production, recording, mixing and mastering.

Byron has received a bachelor’s degree from New York University for Music Composition and is currently the Direct for Music & Production at Playground Session (Co-funded by Quincy Jones), Music Director at OneReason Recordings, and the Production Assistant/Mixing Engineer for Manhattan Camerata (a chamber orchestra funded by Pedro da Silva and Lucía Caruso).

Other Music production in Manhattan