FlyFastandLow is a content provider of Military Aviation news, photo and story to prominent global affiliates. Content is offered in a variety of formats, including news, story that puts you at the heart of the action, photo, as well as squadron and aircraft insights.

We take you inside the aircraft and its capabilities including the aircraft demonstration of austere operations. I have always been wary about an encounter with one particular animal — the wolverin…

This "friendly" face punches well above its weight - stay tuned for our upcoming feature!

Here's some of the action from yesterday at Naval Air Station Fallon ... 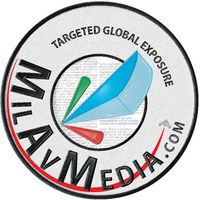 FlyFastandLow on Facebook has grown into MilAvMedia on Facebook (and www.milavmedia.com on the web). This is my final post as FF&L. Thank-you to the followers and freely given likes! Given Facebook Admins would not allow a name change (because it might confuse followers - uhhh, ok). Feel free to bump over to Milavmedia - It has been quiet but we have some exciting ops we are working on that are nearing fruition for 2018. There'll be some hints coming your way as assignments are confirmed.

To all the Marines who shared their training experience with me in 2017 - Congratulations on a successful deployment.

PACIFIC OCEAN – The 15th Marine Expeditionary Unit and America Amphibious Ready Group are slated to return home to Marine Corps Base Camp Pendleton, California, Marine Corps Air Station Miramar and Yuma, and Naval Base San Diego in waves by Feb. 2 after completing a seven-month deployment to the I...

The Textron Scorpion is supporting the USAF with a couple of interesting initiatives - here's one... @

In an encounter that could be described, “AgilePod meets AgilePlatform” the USAF AgilePod was recently fitted to a Textron Aviation Defense LLC Scorpion jet. The test fitment took place December 21…

Best Wishes for the Holiday Season to those who serve!

We Have Flown in Textron’s Scorpion Jet. Here’s What We Have Learned.

Taking to the Air in the Textron Scorpion. A compelling aircraft for air operations in the permissive space, freeing money and mission sets for the high end 4th & 5th Gen force to do what they do best.

The Scorpion is the iPhone X of Military Aviation. To many, the Textron Aviation Defense LLC Scorpion is an enigma. Though it has capability overlap, the Scorpion is not a traditional Fighter, Atta… The USMC 242 years in service! It is fashionable to think of US Marines in our environment as we wish them Happy Birthday! However that overlooks how Marines serve the nation - and are on station around the globe today. Earlier this year I had but a brief glimpse as the Marines of the 15th MEU worked up towards deployment.

As I said then "The Marines of the 15th MEU (and the other 6 MEUs) represent the United States of America as the providers of sustenance after humanitarian disaster, as law and order on the high seas, or as the last act of diplomacy – military force. America has entrusted them with the Nation’s weightiest responsibilities and they do America proud."

Recently Todd Miller of The Aviationist joined the 15th Marine Expeditionary Unit (MEU) for “Realistic Urban Training” (RUT), a live fire assault on an “urban complex” on the ranges at the Marine C…

The ScorpionJet is the iPhoneX of the Aviation world. If you are at the @DubaiAirshow - see the game changing approach for yourself. It just happens to be the approach the USAF leadership has been extolling.

Scorpion is jet fast - with the ability to get to an escalating situation quickly. We are on our way @DubaiAirshow #JourneyToDubai

We Encountered The B-2 Stealth Bomber At Night in Stormy Skies To Get These Crazy Cool Photos. Here’s How It Went.

Close Encounter With Two Ghostly B-2 Spirit Stealth Bombers At Night. “It’s go time!” The crew announcement snaps me from my sleep. It’s near zero hundred and we fly in dark skies over western Miss…

Atlantic Trident 17 - In the backseat of a T-38 Talon flown by "Code" of the 71st FTS, JBLE. Red Air Encounter, rolling out of dive, pulling some G after dropping 10K ft in about 30 seconds.

It is just after 12:00 midnight and we fly in dark skies over southwest Missouri. Force 26 a KC-10 from the 305th AMW skims the top of a storm front, slipping in and out of the of the clouds. The KC-10 rattles, thumps and bounces around in the bone jarring turbulence. I struggle to get seated and configure my camera for a hopeful, if not mercilessly difficult shot. I can see nothing through the viewfinder but black skies and heavy grey cloud.

To my right the Boom Operator is powering through systems checks when a warning light flashes and an audible alarm sounds. Additional drama not required. This is a check ride for the operators return to the in flight refueling community after an 18-month hiatus. Despite over 10 years on the boom, Senior Master Sergeant Carl Wise must be subject to a training program and peer review for requalification. To his right sits active instructor and his assessor, Tech Sergeant Adam Sochia.
The tension in their voices is palpable.

Radios crackle between Wise and the flight crew up front in the KC-10 cockpit. Despite years of experience Wise is tested by the system and the conditions. His decision making and skillset evaluated during an air to air refueling at visibility and turbulence limits involving the USAF’s most prized asset.

Eyes outward, I am only peripherally aware of their challenges. I have my own. I frantically scramble through camera settings – looking for something, anything that will work in these conditions. Autofocus is out of the question. ISO settings are through the roof. I am out of time. In the thick blackness I see her coming. Strobes flashing and moving at a constant speed the receiver draws near. Like a wraith, she comes to take our…..fuel.

Finally, I discern her outline a mere 100 ft off the boom, some 150 ft below us. Masked in clouds she stops and holds position. As if to watch and study before she closes in. The cloud periodically breaks revealing her awesome form. Traces of cloud wisp eerily over her surface. Bat 71 simply hangs there, stable and at home in the darkness and turbulent skies. An unearthly and ghostly Spirit.

A view, much deeper than "the view." Payloads that see far more than the naked eye. A flight in the Textron Scorpion reveals flight and sensor/payload insights. Story coming together for The Aviationist & www.sldinfo.com.

Why My Commanding Officer Kicked Me Off The Helicopter to Rescue the ‘Lone Survivor:' A Lesson in Living Core Values and Sacrificial Leadership.

This is an exceptional and humbling post about leadership. So freely discussed, so rarely lived.

Flying with the United States Army's 160th SOAR (A), Special Operations Aviation Regiment, the "Nightstalkers," were some of the most exhilarating

This is why they would not carry ordnance during my flight....

The 15th MEU / America ARG is exercising in the middle of a war zone off the East Coast of Africa. These Marines have come a long way and traveled a long way since I first spent time with them during RUT at 29 Palms. With great assistance from the 15th MEU, I soon hope to publish a window into their world. Stay tuned.

“This exercise acclimated us to operating in 5th Fleet’s environment,” said 1st Lt. Patrick Neichter, the platoon commander of 2nd platoon, Company B. “Alligator Dagger was necessary so we are prepared to respond to any type of crises situation while the 15th MEU is operating in the 5th Fleet area of operation.” #AlligatorDagger2017

"Eyes, Ears and Ordnance on Target" Hot off the USAF OA-X Experiment we fly the Textron Scorpion over Virginia and gather performance and sensor insights. Story coming to The Aviationist and SLDinfo.com.

USAF leadership explains the rationale & process of the OA-X Experiment.

The OA-X Experiment: A New Way Ahead for USAF Acquisition? | SLDInfo

The USAF OA-X Experiment represents a new approach to "Getting Things Done" in the USAF. Hear it direct from leadership.

The USAF leaderhip is touting the light attack aircraft competition as the harbinger of change. Will it be?

This story gets you behind the scenes and into the seat of a fast jet during a Red Air flight with plenty of photo documentation. The experience comes compliments of the USAFs incredible professionals of the 1st FW & 71st FTS. I hope you enjoy!

Todd Miller got an opportunity to fly in the backseat of of a USAF T-38 Talon as ‘Red Air’ during Atlantic Trident ’17 and tells us about his experience.

I recently had the opportunity to take a short flight in Philadelphia in the Boeing MH139/Leonardo AW139. This is a very fine helicopter, very successful in Military, Para-Military & Commercial applications. Boeing is working with Leonardo to propose the helicopter for an USAF requirement.

The USAF has plans to replace their aging UH-1N Huey fleet. Todd Miller traveled to Philadelphia to take a closer look at one potential replacement, the Boeing MH-139

IMAX film that highlights the importance of U.S. naval carrier aviation to audiences worldwide. 'Aircraft Carrier: Guardians of the Sea' premieres May 24th at the Smithsonian National Air and Space Museum and is scheduled for a Memorial Day weekend release in several theaters across the country. A phased worldwide release will then follow during the next three years.

The mission to protect and defend the world's oceans has become far more complex and challenging in recent years, and naval aviation has become increasingly ...

It happens fast, pulled a manageable 4 G's at a point in this clip. 1st FW & 71st FTS are top of the class!

We Flew Red Air against F-22 Raptors, F-35 Lightning IIs, Rafales and Typhoons in Atlantic Trident ’17. Here’s How It Went.

Red Air - an inside story! https://theaviationist.com/2017/05/05/we-flew-red-air-against-f-22-raptors-f-35-lightning-iis-rafales-and-typhoons-in-atlantic-trident-17-heres-how-it-went/

Flying adversary air in a 71st Fighter Training Squadron (FTS) T-38A Talon during Atlantic Trident 17. Facing off against a historic gathering of the most formidable fighter aircraft in the western…

Be the first to know and let us send you an email when Flyfastandlow posts news and promotions. Your email address will not be used for any other purpose, and you can unsubscribe at any time.

Send a message to Flyfastandlow:

Inside Realistic Urban Training with the 15th Marine Expeditio...

Bullets Flying Fast and Low as the USMC 15th MEU lays down suppressing fire during assault of urban environment during RUT (Realistic Urban Training). Of course they had to get there in MV-22s & CH-53Es - Flying low.... The 15th is working up for their upcoming deployment with the USS America Amphibious Assault Group. Lots more to follow... USMC 15th Marine Expeditionary Unit USS America (LHA 6) MAGTF Training Command/Marine Corps Air Ground Combat Center at 29 Palms

Eagles at the EOR - coming to Aviation Photography Digest.