Be sure to check out all of our films at http://www.synkronized.us

In 1974, Portuguese dictator Antonio Salazar’s regime was overthrown in a military coup involving two young army captains. This is their story.

A man who left his family behind in Paris for life in Israel becomes a trained operative and spy for an Israeli secret service with dark missions. 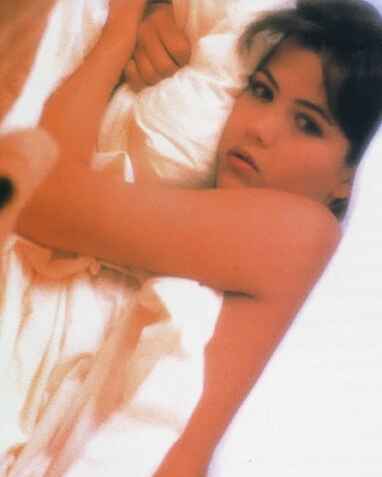 Steamy Movie Fans? My nights are more beautiful than your days 🎬🌫
.
.
.

Follow us on and be part of our exclusive Films and Series https://discord.gg/RyahaK3J

Official group for chat, buy or sell NFTs that are based on official films or series. | 6 members

"Better to fight and fall than to live without hope" Watch the Saga: Son of today!
https://tubitv.com/movies/556721/a-viking-saga-son-of-thor
.
.
.

Retribution and honor trail a Nordic boy into adulthood after his father is killed in a village massacre and he finally finds the killers years later.

Synkronized Films updated their information in their About section.

Synkronized Films updated their information in their About section.

OFFICIAL GIRL IN BIKINI GFIERCE 1/10 - Brigitte Bardot: The Girl in the Bikini | OpenSea

OFFICIAL GIRL IN BIKINI GFIERCE 1/10 - Brigitte Bardot: The Girl in the Bikini | OpenSea

Exclusive official picture from the cult film "The Girl in the Bikini" made by Artist La Rocka Lab, starring Brigitte Bardot. This film was Bardot's first role and it launched her career into international stardom. This exclusive

Instinct and Intimacy: Svetlana Cvetko on Show Me What You Got - FilmInt.nu

By Zoe Kurland. There are all these little surprises because it’s all happening as it’s happening in real life among a group of people. That was the intention behind my style of shooting.” In an early scene in Svetlana Cvetko’s Show Me What You Got, Marcelo (Mattia Minasi), the son […]

The Boys are back! Now you can watch FREIGHT for FREE on Tubi TV! https://tubitv.com/movies/535428/freight?utm_source=google-feed&tracking=google-feed

The Best Films of Sundance 2019

Out of all the major festivals, the juries who pick the prizes at Sundance seem to be most, well, independent in their choices. So while “Clemency” and “One Child Nation” took the top awards at the…

It's now easier to send Synkronized Films a message.

It's now easier to send Synkronized Films a message.

Jackie Chan's Fantasia is an animated television series chronicling the adventures of a fictionalized version of action film star Jackie Chan. Enjoy an endearing tip of wisdom from Jackie Chan himself at the end of every episode! Watch it Today!

Preview and download your favorite episodes of Jackie Chan's Fantasia: Season 1, or the entire season. Buy the season for $9.99. Episodes start at $1.99.

The festival kicks off on Oct. 17 with a movie from one of the Farrelly brothers.

And so, the started her journey to the domestic release of Saving Flora, along with her best friend Jenna Ortega, as they had their fist stop in 香港電影美術學會 HONG KONG FILM ARTS ASSOCIATION (HKFAA), nabbig their first on their way...

From Paris to Miami, Voyage MIA interviewed our very own Alex Cohen about his career, the industry, and success.

Today we’d like to introduce you to Alex Cohen. Thanks for sharing your story with us Alex. So, let’s start at the beginning and we can move on from there. I founded Synkronized in 2000 in Paris, France. Originally as a one-stop between the Movie majors and independents, for wholesale DVDs direc...

Justice doesn't always wait for the law. Especially not if Bailey Chase and Dylan Baker are involved. No Beast So Fierce (AKA LOCK OUT) is available on Prime Video , free for Prime Members!

When online dating and Instagram drooling gets old, just create your own girl- IGirlfriend - Feature Film is out now! Watch the trailer!

This past weekend the cast and crew of A Place In Hell: The Movie spent the day at the Chiller Theatre convention at the Hilton Parsippany NJ. Its nice to see them happy but if you want to see them scared you should watch the film. https://www.walmart.com/ip/A-Place-In-Hell/443823471

A Place in Hell down at Chiller Theatre all day today come on down!

On May 4th get your dose of Altered Perception

Thank you CrypticRock.com for the 5 star rating! Must watch Writers Retreat , available April 17.

How far would you go to find material for the ultimate bestseller? Poppy Drayton and Alix Wilton Regan invite you to a Writers' Retreat on an isolated island. Watch the trailer. Writers Retreat on digital April 17.

Be the first to know and let us send you an email when Synkronized Films posts news and promotions. Your email address will not be used for any other purpose, and you can unsubscribe at any time.

Send a message to Synkronized Films: 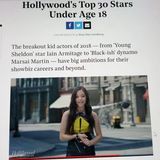 No Beast So Fierce Official Trailer

Lady Gaga: On the Edge

To all our favorite Valentines ❤️ Happy Valentine’s Day ❤️

We are celebrating the 1st anniversary of the release of our film, “Show Me What You Got” - and what a year it has been!

Our rating is 80% Fresh on Rotten Tomatoes!

In the USA?
Own or rent it today on iTunes, AppleTV, Amazon, Xfinity, Vudu and more!

Special thanks to our premiere partner Level Forward and our US VOD distributor Synkronized Films / Supersonic Films
The International Film Festival "Catharsis" will be held for two weeks at more than 30 venues (cultural centers, film clubs and libraries) in several Russian cities.
The tagline of the festival: “Film production with meaning!”
Every film, videoclip or public service announcement that is chosen will be shown at several venues. The best poster will be chosen by the audience using online voting. The festival accepts films of any genre. There will be separate programs for films on human rights, films for children and screenings, films for up to 120 seconds. We also accept Music Videos, public service announcements, and posters.
The Festival is in place to raise funds for the feature film "The Power of Goodness" by the "Catharsis" film company. Most of the proceeds from the festival will go to the production of the film "The Power of Good". Part of the funds will cover organizational expenses and some money will be sent to charitable funds for sick children.

You can only send an application for entry through the platform:
x

Other Film & Television Studios in Miami Beach (show all)