(615)424-6509 // www.blackmattermastering.com Black Matter Mastering is a one person operation, Located in Nashville, TN. I have been recording, mixing, and mastering bands for over 10 years.

I started in 2001 Setting up at rehearsal spaces and spare bedrooms. In 2003 I started the McAlpine House Studio, where I was the sole engineer, recording and mastering (to tape until 2005.) The McAlpine house recorded it's last session May 2nd 2010 (Symptoms) due to the flooding of Nashville. After recouping from the loss, recording/mastering resumed at a different location, under a different name. This is the mastering half of that different location/different name.

I started in 2001 Setting up at rehearsal spaces and spare bedrooms. In 2003 I started the McAlpine House Studio, where I was the sole engineer, recording and mastering (to tape until 2005.) The McAlpine house recorded it's last session May 2nd 2010 (Symptoms) due to the flooding of Nashville. After recouping from the loss, recording/mastering resumed at a different location, under a different name. This is the mastering half of that different location/different name.

In just a couple months we will start putting together the next batch of #MagnoliaSessions for @anticorpmusic Will from @roundsoundstudio just dropped off this stereo DI that he built me for the binaural mic. Personalized and everything. Go give him a follow, and if you’re looking for an awesome studio to record at in Nashville, hit him up. #roundsoundstudio #anticorp #anticorpmusic #blackmattermastering #binauralrecording

My goofy looking ass talked about #mastering and #magnoliasessions among other things in the most recent episode of @spinthatsh*tpodcast . Check that out at the link in their bio, or anywhere you can listen to podcasts. #blackmattermastering #anticorpmusic

This was a very fun record to work on l. Hot Sass by @lizcooperdotcom The etching I designed based off of some doodles Liz made. It’s a zoetrope animation, so the whole thing moves while the record spins, so long as you are looking at it through your phone’s camera with good lighting. The song Smoke Break was also cut inside the etching by renowned mastering engineer Chris Muth of @taloowa Mastering. The packaging on this record is phenomenal. #etchedvinyl #lizcooper #hotsass #blackmattermastering #vinylcollection #vinyljunkie

I’m bad about keeping current with what’s going on here. I’ll try harder.
That said, the Year 2 recordings of #MagnoliaSessions are coming out on @anticorpmusic . A new album recorded in an incredibly unforgiving environment dropping on the 1st Friday of each month. All production done at BMM. First up was @lostdogstreetband whose Mag Session hit number 3 on the @billboard Bluegrass charts on it’s first week of release. Following that one was @thehillcountrydevil who’s session has been out for just over a week. I’ll keep posting interesting sh*t here. I promise. #blackmattermastering #interestingsh*t #binauralrecording #anticorpmusic #lostdogstreetband #benjamintod #thehillcountrydevil

It’s release day for the new @derekandsusan (Tedeschi Trucks Band) album. All sorts of cool stuff going on here. Etched at BMM. Art by the incredible @madalynstefanak
There are even songs cut around the etching #etchedvinyl #tedeschitrucksband #madalynstefanak #blackmattermastering

Mail drop: just got the @midnightviolators ‘Rehearsal Vomits’ LP that I worked on. Released on @chainedrecordsla by my good friend Omid. Pick one up to fill all your sleazy rock n roll needs! #midnight #rehearsalvomits

@mattheckler and I did an interview with @thesleepingshaman about the Magnolia Sessions to cap off the first year. Go to their page or follow the link below to check it out. Learn something dammit!

I spent the past 3 days splitting my time between mastering records and tracking with @joewunderle , who along with his 6 piece band tracked over 50 takes live, with minimal overdubs. I cannot understate how incredibly talented they all are. It is rare to get a group of people in the same room who can understand the nuances of each other’s role, and work to each other’s advantages. Here is a snippet of a 4 part harmony section, that I had to capture on film to validate the fact that there is no “studio magic” that can replace raw talent and musical intuition. #joewunderle #folk #ohio

Hank Williams III's son, known simply as IV, has released his debut single. Check out the new track and learn more about the up-and-comer.

Head over to @consequence and check out the first single from @ivsonofiii who is the latest in succession of arguably the most important bloodline in country music, and plays in a band with/is produced by my good friend @dietzjason (Mastered at BMM)

Check out the @electric_python LP at their Bandcamp, and pick up the vinyl while you’re at it. Total rager!!! (Mastered at BMM)

I haven’t posted any of these in a while, but I should because there are a ton out there. @nosahdow took some really nice clear shots of the @sparklehorse.official etchings that I did. They are part of a box set that was recently released by @vinylmeplease #sparklehorse #vinylmeplease #etchedvinyl #vinylcommunity #vinyljunkie #vinyljunkies #vinyljunkiesunite Today is the release of the new Tvsexdeath single from their upcoming album. Check that out. (Mastered at BMM)

VMP is issuing a box set of the 4 Sparklehorse LPs. It's a 7 LP set titled 'Box Of Stars'. 3 of those LPs have etchings that were designed and done by myself. 1 is a zoetrope animation. Drop some money on them if you can.

Sycamore The Band did an acoustic rendition of their song Halogen, from their 2019 EP. It's pretty badass. (Mastered at BMM)

OUT NOW! An album I am incredibly proud to have done! The Real Kool Keith x Thetan SPACE GORETEX! Available digitally on all platforms and physically at www.anticorpmusic.com (will also be available in brick and mortar stores when they reopen) Photo by Gridfailure #koolkeith #droctagon #drdooom #blackelvis #thetan #thetanband #spacegoretex #anticorp #anticorpmusic

ITS OVER FOR ME, by THE VIOLENT THING

While you're cooped up, why not get cozy with some new music. (Mastered at BMM)

This is significant #grindcore But what does it mean?

Working on some sparkly style etchings.

Check out the new CVLT Nation Sessions compilation of the iconic Godflesh album 'Street Cleaner'. Featuring new takes on the songs by Street Sects, ATRIARCH, @Many Blessings, Hissing and more. (Mastered at BMM!)

ADDERALL VS BIG PHARMA, by Adderall

This one slipped past me. I didn't even realize it was already out. Noisy punk from Adderall, out on The Plague of Man Records (Mastered at BMM)

The Light Escaping, by Autarch

The new Autarch album is out today on Profane Existence Official Replenish Records and The Plague of Man Records. This album is a solid 10/10 all the way through! (Mastered at BMM)

The Muffs announce first album in five years, 'No Holiday'

Preorder the vinyl. (Etched at BMM)

It's an 18-song album and features songs written between 1991 and 2017. ”We decided to have a long album and use songs that had been in my arsenal but were weeded out for super concise albums,” says Kim Shattuck.

Go check this out NOW!

Thanks to the dudes in Autarch for letting me be part of their vision again. Check the new track out, and prepare yourself for the full album, because it's a banger.

from the album The Light Escaping

15 Minutes of Hell, by Option Anxiety

Here is the first song to drop from the new Option Anxiety EP. Good friends. (Mastered at BMM)

Your Stupid, by Jibber Jabber

This just dropped a day or so ago. Word on the street is that they're giving some free downloads out. Head on over to the Jibber Jabber page and hop on that. (Mastered at BMM)

What kind of Anti-Corporate Music inc. release would it be if it didn’t have some kind of etching? The new album from Matt Heckler is at the pressing plant now. Mastering and etchings done at BMM.
#etchedvinyl #anticorp #mattheckler #vinyl #vinyladdict #vinylcollection #vinyljunkies

I recently wrapped up an album with Bosko Baker titled 'With Friends Like These'. Check out the first single.

The Record Store Day reveal video that Chris from Bull Moose does every year is up now. Chris has been a huge supporter of BMM for a few years, and I am absolutely flattered that he has made numerous videos showcasing my work. That said, go watch the entire video. The 2 Anti-Corporate Music inc. projects that I did are near the beginning, but do yourself a favor and watch the whole thing. Do it. You’ve got time.

Be the first to know and let us send you an email when Black Matter Mastering posts news and promotions. Your email address will not be used for any other purpose, and you can unsubscribe at any time. 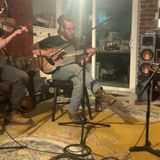 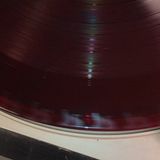 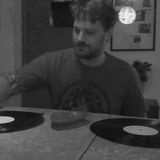 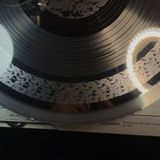 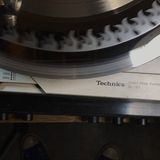