We here of Incus Interactive Productions are a team of designers and developers who will break the chains of computer game development traditions for the best of the industry. Our team is unique because of two reasons; background of our team members are very diverse, and we have the incredible love for games as players and developers. May 21st, 2013

Incus is an independent software, hardware, and eSports virtual reality development group in Tennessee. We hope to join the Twitch community and have fun even as developers.

We of Incus are looking for two others to join our team....with #RedBull and others🔥

It's believed to have been built with AR in mind

Open Networking Summit is the industry’s premier open networking event, gathering enterprises, service providers and cloud providers across the ecosystem to share learnings, highlight innovation and discuss the future of Open Source Networking, including SDN, NFV, orchestration and the automation ...

Atari, when one here’s this name it immediately brings up memories of classic old-gaming in the 80s and 90s. So to here that Atari is making new gaming system after this many years brings a p… 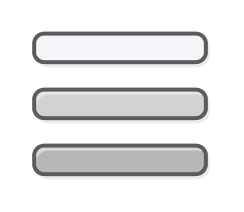 This message is going out to all SteamVR Tracking licensees, and is also posted here. Valve has been working on improvements to tracking technology, and we have some exciting news to share about the sensor ASICs for SteamVR Tracking. We want to update you on our roadmap for the sensors and base stations. 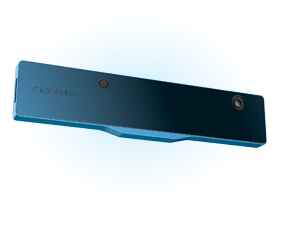 Access resources for cameras, SDKs, APIs, and robotics that use Intel® RealSense™ technology, including getting started with coding.

Valve's Newell: We will fund VR games without asking for exclusivity

Valve's Newell: We will fund VR games without asking for exclusivity

The start of the first round of Linux/SteamOS powered VR games!😁

“The Future is up to you! #CCN17Metaverse Very impressive overview of the scope & future of AR & VR. #CC17Metaverse” 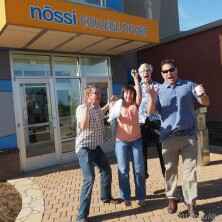 I would like to say that I will teaching a session on VR at Craft Content Nashville 2017. This event will be held at Nossi College of Art tomorrow. Tickets are $30 at the door, thank you!

The unconference for people who create and work with digital content

Thank you for purchasing a ticket for VR World Congress. We look forward to seeing you at the event!

This email is your e-ticket. Please print it out and bring it with you, or display it on your smartphone when you arrive.

You have booked the following tickets:

AMD is thrilled to be the headline sponsor and provide the keynote address at Opposable VR's 3-day international VR World Congress conference, April 11-13 in Bristol, UK.

OpenSCAD is a software for creating solid 3D CAD objects. It is free software and available for Linux/UNIX, MS Windows and Mac OS X. Download OpenSCAD Other OSs and Versions

Valve is expanding their site licensing program for "arcades, amusement parks, cybercafés, dorms, museums, pop-up stores or in fact any other place you can think of." This includes free VR titles along with premium games, and this program also allows customers to use their personal Steam accounts in...

Developed by Valve Corporation, SteamVR™ Tracking is a complete hardware and software system that lets objects determine, in real time, where they are located within a tracked 3D space. Valve has made SteamVR Tracking available to companies without licensing fees.

Patreon is empowering a new generation of creators. Support and engage with artists and creators as they live out their passions!

Incus In The Metaverse – SteamVR Partnership

Incus In The Metaverse – SteamVR Partnership

Long time no post followers of the Incus! Thank you for following for so long on the journey in game development. As an independent developer, it has taken so much to get to this point (Ten Years!)…

The Lab on Steam

The Lab on Steam

Welcome to The Lab, a compilation of Valve’s room-scale VR experiments set in a pocket universe within Aperture Science. Fix a robot, defend a castle, adopt a mechanical dog, and more. Still not sold? It’s free!

A Small level a made in VR.

Switch Is the Dream Console Nintendo's Been Working Toward for Years

Switch Is the Dream Console Nintendo's Been Working Toward for Years

Its new console feels like everything Nintendo's learned about gaming to date rolled into a single, streamlined platform.

Yes!! Coming to Steam Machines (Incus Machine 275) soon, the latest version of Deus EX! Make sure you join the revolution on open source gaming hardware you control for this one!!

Incus is going to Steam Dev Days 2016!! Getting tagged up here!!

Incus is going to Steam Dev Days 2016!! Getting tagged up here!!

In this tutorial we are going to preprocess the video in ARToolkit to deal with poor lighting situations using OpenCV's Retina Filter.

Be the first to know and let us send you an email when Incus Interactive Productions posts news and promotions. Your email address will not be used for any other purpose, and you can unsubscribe at any time.

Incus on Steam Doing the Limbo

Watch Incus Interactive Productions jump into the limbo in this battle on Steam! Inside the rift is where it's going down in Warframe.

If you want a market that driven by us the community then #RiseUP and fight for are own!!!! Buy a Steam Machine from Incus Interactive Productions soon, and step - by - step let us change are educational system. Let's work with our governing system for a better future, and have fun the whole way with a powerful tool!!!

On Steam and SteamOS, want a great game to have on your new Steam based system from Incus? Then ashes to ashes...dust to Dust!!!

Come on play Warframe on a Incus Machine on Steam. After getting your custom Steam based system play Wareframe FREE! Video will keep getting better and better!!

Other Broadcasting & media production in Nashville