If it comes through speakers, we do it. Creating original music, curation & sound design for tv, radio, film. http://twitter.com/bigfootemusic

How elite athletes cope with pressure and mental health has been all over the news lately. Check out Sasha Cohen's interviews with some of our country's best as they dig into all aspects of physical and emotional training.
Produced by BFM+S

Olympic Gymnast Laurie Hernandez joins Sasha as the first guest of 2021 to talk all things mental health and preparing for the Olympic Games Tokyo 2020 in 2021. Laurie shares how she navigated the challenges of 2020 and maintained a positive outlook. Sasha and Laurie explore the mental side of their...

6 Podcasts to Whet Your Appetite for the Olympics

Whether you’re a dedicated Olympics fan or a casual viewer, these shows will help you get in shape for the Tokyo games.

Sasha Cohen, Olympic silver medalist in figure skating, hosts Team USA's first ever podcast. Sasha speaks with exceptional people - both athletes and thought leaders - about their struggles, motivations and quest to define who they are in the world. Subscribe wherever you get your podcasts, and join... 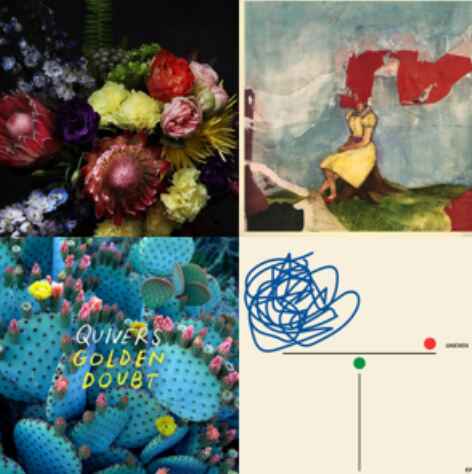 This new episode is ultra inspiring!
brittanicoury has the right stuff.
Take a listen.

Paralympic Snowboarder Brittani Coury joins Sasha this week. Brittani shares how she finds her identity in her love of snowboarding and passion for nursing. Sasha asks her about taking time away from training to be a nurse on the frontlines of the COVID-19 pandemic. Brittani explains her journey to....

A Guitar Fest on Exploring Music! The inspiration for this week came from a listener responding to Bill McGlaughlin’s call for new program ideas. This listener wrote that he would like to see one or more shows dedicated to Andrés Segovia and went on to say, “Of all musicians I have known, no on...

This week- Episode #2 with Apolo Ohno who is a total rock star !
#TeamUSA

Sasha Cohen, Olympic silver medalist in figure skating, hosts Team USA's first ever podcast. Sasha speaks with exceptional people - both athletes and thought leaders - about their struggles, motivations and quest to define who they are in the world. Subscribe wherever you get your podcasts, and join...

Proud to announce the launch of this new podcast with our partners at USOPC & Team USA. Inspiring stories, great conversations leading up to #tokyo2021.
https://www.teamusa.org/sasha-sessions-a-team-usa-podcast

New Music to Listen to by JaneJS - follow on Spotify @newmusicmatters

The return to the 90s is now complete... Welcome back Semisonic #ynwa

"I wrote 'You're Not Alone' a couple of years ago at a time when a lot of people, including me, were feeling isolated and despairing about the state of the world and the direction our country was going. We recorded the song last year and I'm really happy that it's now coming out. It’s Semisonic’s first new song in 20 years. Coincidentally, the song is coming out when both a global pandemic and racial justice protests are compelling us to reimagine and rebuild our relationships to each other and the communities we live in. All against a backdrop of isolation, despair, and hope. Just as I felt when I first wrote it, I hope this song will communicate a sense of connection, an awareness that we're not alone." - Dan Wilson

Summer 2020 New Music Playlist, a playlist by newmusicmatters on Spotify

New Music to Listen to by JaneJS - follow on Spotify @newmusicmatters

The Flaming Lips "Race For The Prize" - Late Show #PlayAtHome

The Future Of Rock & Roll

Leave it to our wild and wonderful friends The Flaming Lips to solve the riddle of the socially-distant concert! Watch as they once again bring cutting-edge ...

To keep supporting musicians during the Covid-19 pandemic, we are waiving our revenue share on all sales this Friday, May 1, from midnight to midnight PDT. Let’s come together as a community to put money directly into artists' pockets: https://daily.bandcamp.com/features/bandcamp-covid-19-fundraiser

Spring 2020 New Music Playlist, a playlist by newmusicmatters on Spotify

A playlist featuring Woods, Wye Oak, Surfer Blood, and others

Sunday 5pm ET / Great cause, please check it out

Going live on Instagram on Sunday to play a couple songs for a great cause. Come say hi.

Our Podcast partners at AdExchanger are reaching out everyday to check in with industry leaders to see how they are coping in light of the COVID 19 pandemic. Very much worth a listen... and Jerry Colonna #reboot gets a big recommend from Lisa

What happens when everybody in a global organization suddenly has to work from home? Integral Ad Science chief Lisa Utzschneider speaks about leadership – across multiple time zones – during a pandemic. “When you looked at the data early on, you could see it coming,” she says. “The team in...

Hey ! Do you guys remember CONCERTS ?
We do. Share your favorites #livemusic #musicians #community

The Big Story: You And Me And Quarantine | AdExchanger

Amid the challenges, our podcast partners AdExchanger & The Big Story continue to reach out to the community - so vital at this time.
#podcast #community #advertising #technology

We now live in a world where euphoria is a 24-pack of toilet paper on a Duane Reade shelf. The Big Story – the only story, really – is the unsettling pall of COVID-19. This week, the AdExchanger team will tell you how we’re doing, but we also want to know how you’re doing. At... Continue rea...

We love this move by Moog - free Korg app

“With many people self-quarantining & working from home, we wanted to help you occupy your time a little”

We’ve contributed a cover of INXS’ Never Tear Us Apart to the benefit album ‘Songs for Australia’, which is raising money for organizations in Australia who are helping to rebuild during and after the bushfire crisis. ‘Songs for Australia’ was conceptualized by Australian musician Julia Stone, and is released digitally in March / physically in June.

Info about the organizations and pre-order details at SongsForAustralia.com

Winter 2020 New Music Playlist, a playlist by newmusicmatters on Spotify

A playlist featuring Nada Surf, Wolf Parade, SAULT, and others

The Slow Rush is out TODAY
Give a listen

The Slow Rush is out now
TameImpala.lnk.to/TheSlowRush

This looks really cool @BAM
Never Records w/ conceptual artist and musician Ted Riederer
Anyone can sign up for a three-hour recording session, overseen by Riederer himself, at the end of which they leave with a freshly cut vinyl record and a digital file of their music. Visitors are also welcome to explore the shop, which is designed to mimic a long-operating record store and features unique artwork; listen to recordings from past Never Records installations; and watch live performances being recorded and cut in real time.

Artist Ted Riederer sets up a record shop and recording studio inside the BAM Strong.

He brought his American Utopia to The Tonight Show

Nicholas Capanear on LinkedIn: "Thank you LIA - London International Awards for the honor of a Bronze in the Pharmaceutical Category for "Spread the word not the virus" campaign making more families aware of the potential hurt CMVirus can do and...

So stoked that this important work was recognized @LIA @LondonInternationalAwards

Fall 2019 New Music Playlist, a playlist by newmusicmatters on Spotify

A playlist featuring Daphni, Bonobo, The New Pornographers, and others

Be the first to know and let us send you an email when Big Foote Music + Sound posts news and promotions. Your email address will not be used for any other purpose, and you can unsubscribe at any time.

Thanks Michal Skalski and Jump Into The Light for hosting a deep dive into new VR / AR technologies. With Paul Greco & Palmer Foote

If you have to see a band in the rain, let it be Sigur Rós

The Avett Brothers tonight at The Cap "No Hard Feelings"

Friday was another spectacular day in #NYC, #timelapse view from our office #springsky #unionsquare

Mother Nature prepares to "Do It Again"

The Roots are so good it's not even fair. Here's a little clip from last night @ BAM

Sound of Winds in Union Square

Strong winds outside the Big Foote office today! Even though we were inside, this is how we imagine it sounded out there...

This Xbox spot, with music by BF's own Lou King, just won the D&AD award for best soundtrack! Congrats, Lou!!

COBU, a “live rhythm performing arts group,” gave a great show with their taiko drums in Union Square. They have been playing around the city in an effort to raise money to support Japan. Watch the video above, shot from our office, to check out these very talented women.

Guitarist Jim Campilongo came by today and showed off his new Campilongo Signature Telecaster. The instrument was made by Fender’s elite Custom Shop.